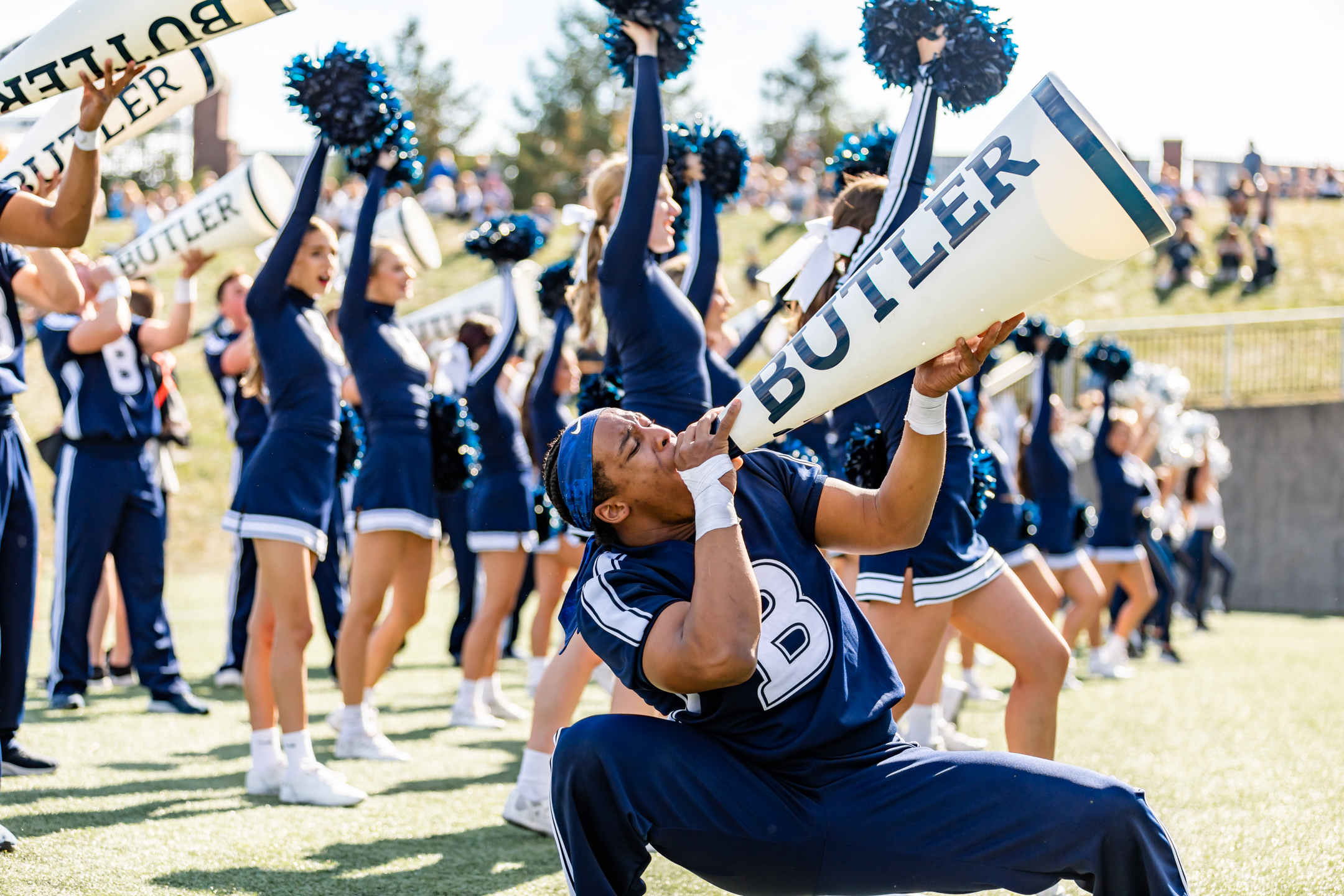 I drove to campus on the unseasonably warm morning of Oct. 22, shielding my eyes from the sun. I fought through traffic as waves of students made their way to the knoll, feeling sympathetic for the brave souls crossing the finish line of the annual chariot races. My early-morning exhaustion quickly passed as I watched wrinkly contestants strut their stuff across the Bulldog Beauty Contest stage.

The tailgate bustled with alumni grilling and catching up with old friends, children playing tag and hundreds of students tossing bean bags and ping pong balls to their respective receptacles.

After the “Star Spangled Banner” rang across the Sellick Bowl, I hurried down to the field, dodging cardboard cutouts and stray popcorn kernels. By halftime, the score against Marist College football was tied 10-10, and it didn’t take much for the marching band, dance team and cheerleaders to get the fans fired up. Mason Runkel, senior healthcare and business major, and Lexi Schell, senior speech, language and hearing sciences major, were crowned homecoming king and queen.

The Bulldogs pulled ahead, winning the game, and fans left the stadium to the sweet tune of the “Butler War Song.” All in all, it was a pretty great ending to my first — and last — homecoming as a Butler student.

Mason Runkel and Lexi Schell embrace after being named the 2022 Homecoming king and queen.

Butler students cheer from the stands.