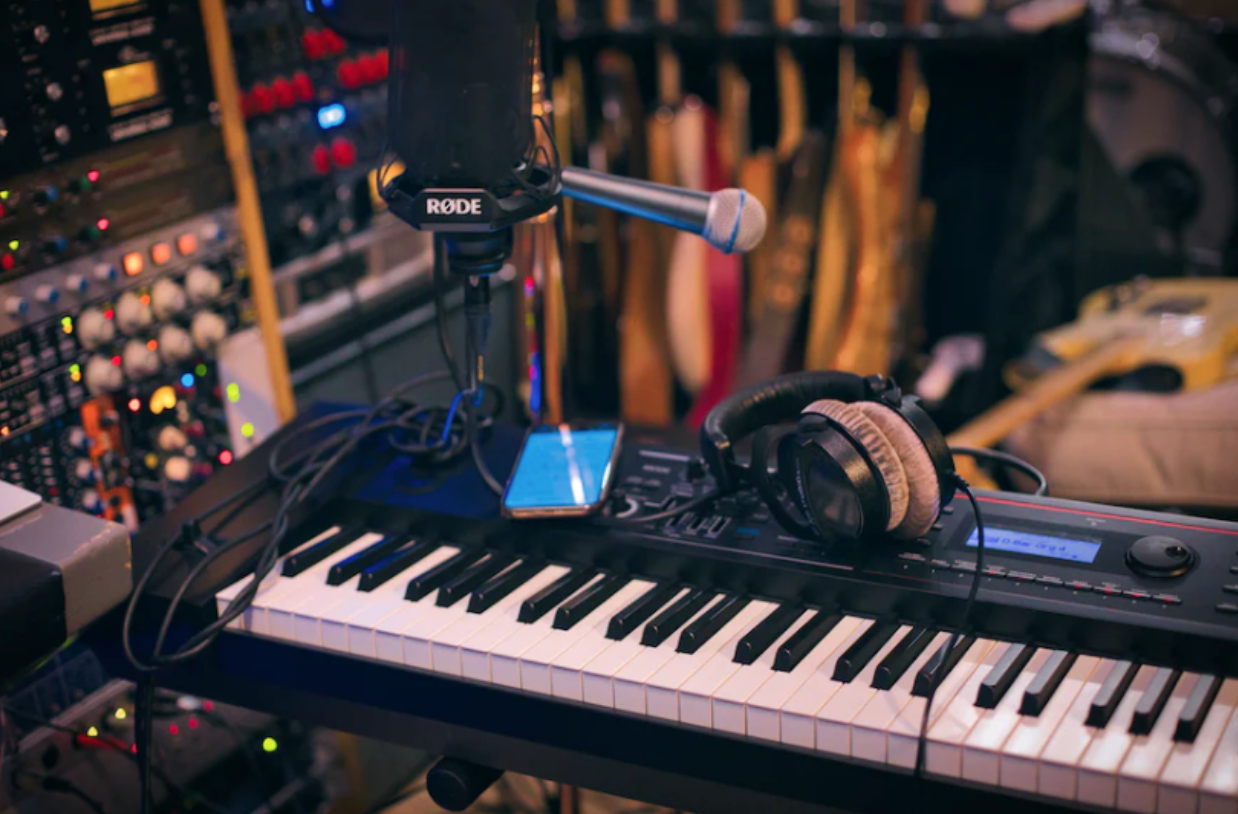 Some cover versions of an artist’s favorite track become classics in their own right. Photo courtesy of Unsplash.

Some would say the beauty of music lies in its ability to inspire others to innovate and create. Often this inspiration circles back to the source, and thus many musical artists seek the opportunity to pay tribute to their favorite tracks with their own covers. Read on to discover the cover renditions in heavy circulation at The Butler Collegian, and listen to the complete list here, or use the playlist below.

“Friday I’m in Love” by Phoebe Bridgers, originally by The Cure

In Phoebe Bridgers’ cover of “Friday I’m in Love,” she approaches the song from a softer and more romantic standpoint. While the original is more of an upbeat rock tune, Bridgers slows the music down and creates a more intimate version. The original carries more of a hardcore passion, while Bridgers’ cover plays more into the soft side of falling in love, with a softer voice and instrumentals.

“Heart of Glass” by Miley Cyrus, originally by Blondie

Blondie’s iconic “Heart of Glass” is considered a true classic. Its distinctive disco-pop sound is reminiscent of the 1970s, when it was originally recorded. However, the 2020 cover by Miley Cyrus does the lyrics much more justice. Moving away from the original disco-pop sound, Cyrus instead chooses to take a rock n’ roll approach. The application of a rock n’ roll sound, in combination with her signature raspy voice, makes the song a true rock ballad. In Cyrus’s version, the emotion is clear and the message is driven home.

“Everybody Wants to Rule The World” by Lorde, originally by Tears for Fears

Lorde nailed every dystopian young adult lover’s dream with this 2018 cover of the classic 80s hit. This eerie, slow and reverbed version fits perfectly into the aesthetic of “Hunger Games: Catching Fire” soundtrack. The cover transformation almost makes it unrecognizable from the original, with a darker tone shift and strategic use of syllables. From a “cruising down the street” vibe to a “let’s cause anarchy in our dystopian government” power anthem, Lorde captures the essence of Tears for Fears while making this song her own. This cover definitely belongs on every villain origin story playlist.

Johnny Cash heard a gospel sermon in Depeche Mode’s darkly danceable single “Personal Jesus.” Country and synth-pop may seem miles apart musically, but Cash turned the electronic groove of “Personal Jesus” into a driving guitar rhythm. A soulful piano rocks out in the background while Cash plaintively sings. He changes the sensual aura of the lyrics into a wry lament of the moral failings he’s experienced. Cash made a hit single into a masterpiece.

“Tonight’s The Night” by Janet Jackson, originally by Rod Stewart

Towards the end of Jackson’s magnum opus, “The Velvet Rope,” she takes on Rod Stewart’s “Tonight’s the Night.” Crafting the folksy-rock song into a soft, sensual R&B ballad, Jackson completely reinvents the song’s meaning. Jackson opts not to change the pronouns; instead, she sings directly to both a male and female lover. The cover encapsulates the album’s thesis of sexual freedom, the difficulty of love and queer representation.

For her long-awaited seventh album, Rihanna covered indie rock’s golden child Tame Impala. Using the same instrumental that features a longer breakdown, Rihanna’s take has much more lively presence on the track as opposed to Kevin Parker’s subdued reverb voice. Her high notes during the bridge remain some of the most glorious musical moments of her entire discography.

There is something to be said about the lyrical prowess and melodic magic of a Katy Perry track, and such powers are magnified tenfold by the catchiness of live rock staples like thrumming bass and resonating riffs. For a live tour performance album in 2014, 5 Seconds of Summer covered “Teenage Dream” with a remix entirely their own; tweaking pronouns and a few lyrics, the Australian pop rock band brought Perry’s smash hit to life onstage. Complete with a key change and a riotous guitar solo, the group brought the house down in a mirage of addictive adolescent pop perfection that may surpass the original to the well tuned ear.

Jazz musician and YouTuber Adam Neely may be best known for having a hand in popularizing the iconic jazz “lick” in modern music memedom, but he has created actual serious music, too. Notably, his jazz/fusion reharmonization of Zedd’s electrohouse hit “Clarity” strikes a satisfyingly dissonant chord among listeners. The more ambient first half of the cover features Neely artificially “singing” via vocoder, in which his vocals are transmitted through the signals of his electric bass guitar — versus the latter half that contrasts with the belting, lively vocals of Hannah Sumner.

Scary Pockets is a Los Angeles-based music collective that reimagines pop hits as fabulous funk tunes. Featuring powerful singers India Carney, Mario Jose and Kenton Chen, this three-part harmony arranged by Carney of Zedd’s “The Middle” is upbeat and warm with expertly blended vocals, all entrenched in a funky flair. The performance itself — both the band and vocalists — were filmed live in a park. Listen for an energetic pick-me-up anthem

“The Chain” by Apartment Sessions, originally by Ingrid Michaelson

Apartment Sessions, a musical project based out of New York City, fits an entire orchestra in a tiny Brooklyn apartment to record their songs live. Featuring folk trio Bellehouse, this cover of Ingrid Michaelson’s “The Chain” involved a whopping 25 musicians all stuffed into one apartment, with almost all musicians both singing and playing at least one instrument. As a result, the rondo bridge in the original is amplified and amplified and made even more impactful. Listen for optimum melancholy, sad girl hours when reminiscing over lost lovers.

Postmodern Jukebox is a musical project by Scott Bradlee that transforms pop songs into covers in 1920s-1960s music styles, complete with their performers in retro-inspired outfits. Their cover of “Creep” by Radiohead transports the song into an early 20th century jazz speakeasy with the chilling sultriness of Haley Reinhart, who is performing in Butler’s Schrott Center for the Arts on Sept. 28. Recorded in just one take, this cover is hauntingly beautiful.