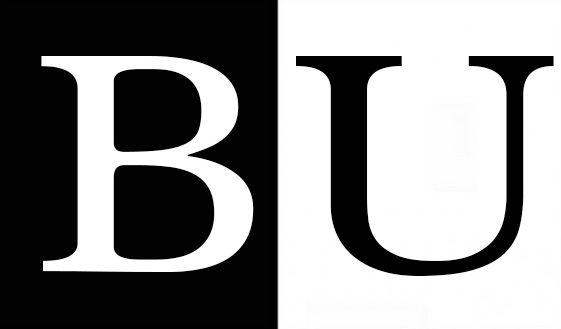 Butler students work to increase awareness of the racial disparities across campus. Graphic by Abby Hoehn.

Originally from Michigan City, Indiana, Martorano described his hometown as being very racially diverse. Different from his ethnically rich upbringing, Martorano had a lot to adjust to when he moved for high school to a predominantly white area as a white student. Although he made great friends, Martorano said his high school peers had skewed perspectives on race — something Martorano felt prompted to talk about, but struggled to execute.

Martorano saw a similar dynamic at Butler to what he struggled with in high school, and again felt called to take action against the racial inequalities across campus.

After hearing how persuasive stories can be in Mould’s class, Martorano frequently visited Mould’s office to discuss how the principles from class could be applied to the interracial dialogue he had been wanting to implement for so long.

However, the ongoing visits abruptly stopped when Martorano and the rest of Butler was sent home due to the COVID-19 pandemic in March of 2020. While stuck at home, Martorano came across a project by Chicago photographer Tonika Johnson. Johnson’s project Folded Map photographed and interviewed Chicago natives who had identical addresses on opposite sides of the city to show the inequalities between the more affluent North side and the less privileged South side of the city.

When he saw the impact stories could have to combat racial inequalities, Martorano finally felt like he had a way to convey the message he had been struggling to share for years.

“All of this thought of the project was still in my mind that summer, and when I read [Folded Map], and I was like, ‘Okay, it’s done,’” Marorano said. “I emailed Dr. Tom [Mould] in the middle of July and I was like, ‘I’m in. I don’t know what it’s gonna look like or how we’re going to do this, but I’m in.’”

By being “in,” Martorano meant was ready to commit to starting his undergraduate research project that would later turn into the workshop that is being presented across campus today.

After returning to campus as a sophomore, Martorano began working on the project with Donald Crocker, a student who has since transferred, and later, senior anthropology major Cameron Ellison.

Mould knew, considering the content of the project, it was important to have a collection of perspectives on the team. As students of color, both Crocker and Ellison brought necessary vantage points to the project.

“One of the key parts of the project [is that] we wanted to make sure that it had some representation across Butler’s student body, particularly in terms of racial and ethnic identities,” Mould said. “This had to be a collaborative project; it couldn’t just be driven by one person and advised by me … We really wanted to have diverse voices in there.”

After researching and reading about their topic, Martorano and Ellison began conducting discussions with both white students and students of color. They asked the groups of students the same series of questions.

The questions Martorano and Ellison asked participants began conversationally. More general questions like “How is social life at Butler?” then progressed to be more racially-focused questions such as “How often do you find yourself in a room with somebody that looks like you, or doesn’t look like you?” Martorano said he and Ellison found that the Butler experience is very inconsistent depending on the color of one’s skin.

As someone who has had first-hand experiences with racial disparities on campus, this project hits close to home for Ellison. Especially during her first year at Butler, Ellison remembers how she would be treated differently as a woman of color in social settings.

Ellison has gone to predominantly white schools her whole life, and she said that although she has become accustomed to the experience, she is still frustrated by the lack of understanding by some of her peers. Hearing the stories of other students on campus helped Ellison see that she isn’t alone.

Martorano and Ellison have conducted 17 interviews so far and have worked over the past year to analyze the major themes and differences from the collected answers.

Up until this semester, none of the interviews had been filmed, only transcribed. That all changed, however, when Emily Fales, junior marketing and strategic communication double major, joined the team.

Coming in after the research phase of the project, Martorano said Fales brought a new perspective focused on how to best tell the stories and bring humility into telling them on a predominantly white campus.

“Emily’s role has been bringing the vision to life,” Martorano said. “Having fresh eyes and like a fresh perspective has been super helpful in redirecting us as well … When [Cam and I] created the presentation, it was like a research paper, which it shouldn’t be — it should be more informal, or it should be inviting … At the end of the day, we’re doing a heart appeal, not a mind appeal.”

Once Fales was on the team, and certain interviews were redone and filmed, the workshop was ready to be shared.

Martorano ran the first trial of a workshop in Mould’s FYS class on Feb. 22. Starting in the place where the project began, Martorano shared the filmed interviews and prompted discussions with the class.

Since then, the workshop has been done with another one of Mould’s FYS classes, and it has been shown to both Lacy School of Business Mentors and Morton-Finney Scholars.

The workshop is already prompting other students to start their own undergraduate research projects. In the second FYS workshop, led by Ellison and Fales, one student excitedly came up to the duo after the presentation and asked if they had ever considered expanding the project to the LGBTQ+ community. Mould said another student approached him about using a similar framework for mental health.

“It was cool, like even after the first run through, already seeing it spark people in ways even beyond this racial conversation,” Fales said. “[The workshop] was like the first time, at least for my take on the project, that you could see the work come to fruition and see the actual impact it has on real students. It’s been like in theory we’re gonna see all these amazing things happen, but that was such an affirming moment.”

Martorano said it has been amazing to see perspectives change. By using stories that took place right here on campus, Martorano said the project has been able to personalize diversity, equity and inclusion work in a way that has never been done

“Our main thing with focusing on the stories is the fact that they like blow people’s minds because it’s not just words anymore, or it’s not just definitions and something to understand, but it’s something to feel,” Martorano said.

As the workshop looks to expand into more classrooms, groups on campus and possibly orientation week for incoming first-year students, the team of students working on the project also plans to expand. With Ellison graduating in May, and both Martorano and Fales planning to graduate in December, the group aims to mentor new students so that the workshop can keep growing.

Ellison, who said she never thought she would be a part of something so big, said she feels like she has found herself throughout working on the project. Even though she is graduating in a month, Ellison thinks it is imperative the workshop lives on after she leaves.

“I really want to get [the workshop] into the orientation week somehow, just so all students can kind of be exposed to it,” Ellison said. “I also just don’t want it to die because it’s so impactful, and I think the university could use it.”

While the students involved will change, Mould said he will be a constant in the project. He plans to remain as the project’s research mentor and is working to publish the workshop to help it expand even beyond Butler’s campus.

“Having Braxton come forward with this idea and then Cam, Emily and Donald all kind of running with it, it’s incredibly fulfilling,” Mould said. “Their work is surpassing anything I could have ever hoped for.”

Corrections since publication at 2:18 a.m. on April 6: