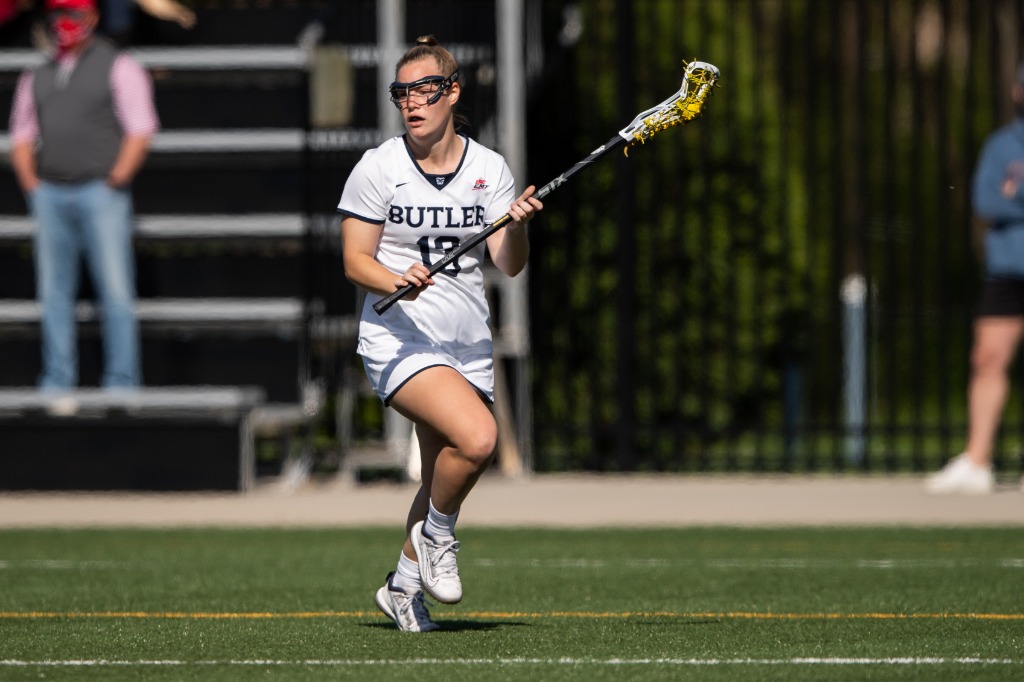 After starting off their season at 1-0, the women’s lacrosse team took their first defeat of the season at Central Michigan on Feb. 27, losing by a score of 11-16 after their late comeback attempt fell short.

Attacker Morgan Cox scored the Bulldog’s first goal of the second period, and Connors would score her second goal off the assist from midfielder Lindsey Schreiber. At halftime, the Dawgs trailed 8-4.

The Dawgs fought hard in the second half, scoring seven of their eleven goals after halftime. Team captain attacker KK Callaghan started off the rally for the Bulldogs, scoring less than a minute into the third period. Schreiber would score next for the Dawgs, and then assisted on Butler’s next two goals from Cox and Connors, respectively. Midfielder Holly Hall followed this up with consecutive goals for the Bulldogs, cutting Central Michigan’s to 12-10.

However, Central Michigan attacker Courtney Burke would quiet Butler’s hope for a comeback by scoring three goals in a five minute span — sandwiched around Schreiber’s second tally of the day — and Central Michigan midfielder Hannah Potter would seal the deal with less than a minute remaining.

Goalie Aleigh Monroe had five saves between the pipes for the Bulldogs and Connors finished with three goals for Butler.

The Bulldogs’ next game is on Tuesday, March 1 at 3 p.m., where they travel to Louisville to take on the Cardinals.