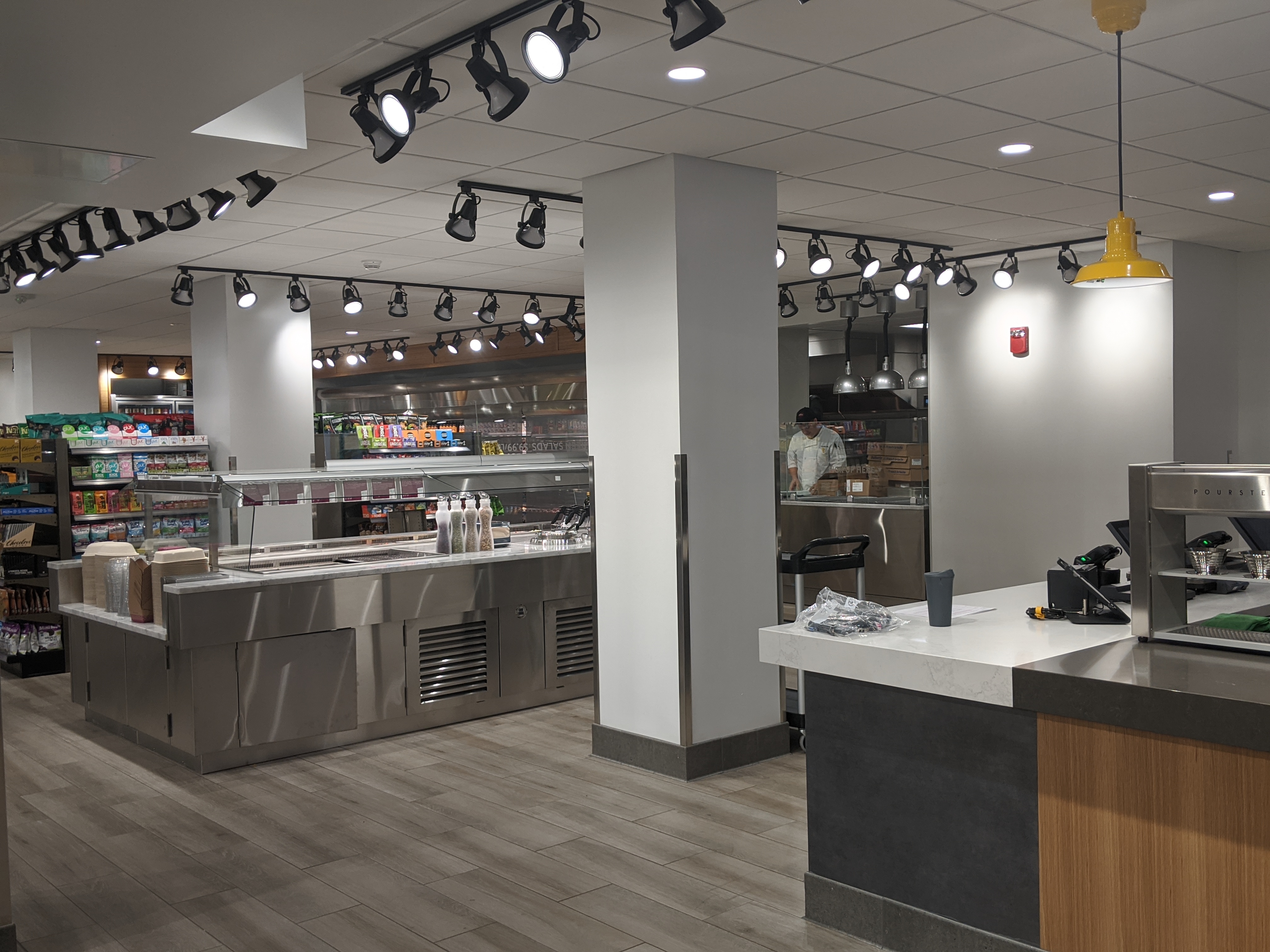 From donuts to butterfly lemonade, Bon Appétit, Butler’s dining provider, recently brought back their daily pop-up events around campus. According to Bon Appétit’s general manager, Joe Graves, there will be a pop-up event every weekday in one of the student dining locations for the rest of the semester.

“When [COVID-19] happened last year that made it a little more challenging to do our typical pop-ups, so they [were] a little less frequent and a little more hands off than what they are now,” Graves said. “As things began to get back to normal, as we saw this year, we were basically looking to make up for lost time and just let the students know we’re here for them.”

In February, Bon Appétit hosted free food samples open to all students, some of which included cupcakes and donuts at Butler Brew, butterfly lemonade and pulled pork at Plum Market, popcorn in Tripp’s Corner Market and power bowls in Atherton.

Graves said the pop-ups are an opportunity for students to learn about Bon Appétit’s culture and sustainability efforts. They use ingredients from the farms at Butler and in the Indianapolis area.

A lot of the food seen at the pop-ups come from local vendors. For example, the cupcakes at Butler Brew were from a farm-to-fork vendor in Greencastle, Indiana. Another pop-up featured coffee that was roasted in Zionsville, Indiana.

According to Graves, the events serve as a way for Bon Appétit to engage with students, receive feedback and test out possible new menu options. Graves explained his team understands students have busy days and the pop-ups are supposed to add a little positive disruption to their schedules.

Abby Schuman, a first-year health science major with a gluten intolerance, went to the pulled pork pop-up in Plum Market and enjoyed the surprise.

“It made me really happy to walk by and see that they were offering free food,” Schuman said. “I also liked that the pulled pork was gluten free.”

For other students like Lucy Panyard, a first-year philosophy and psychology double major, the pop-ups have not made a difference in their day.

“I haven’t seen the pop-ups around campus,” Panyard said. “I hadn’t heard about them at all, so I think if I saw advertising for them I would have tried it.”

Students can find information about upcoming pop-ups by checking out Bon Appétit’s Instagram and looking for signs in the various dining locations. Graves estimates there are around 70 more pop-up events planned for this semester, so to keep an eye out for free food and samples being handed out around campus.