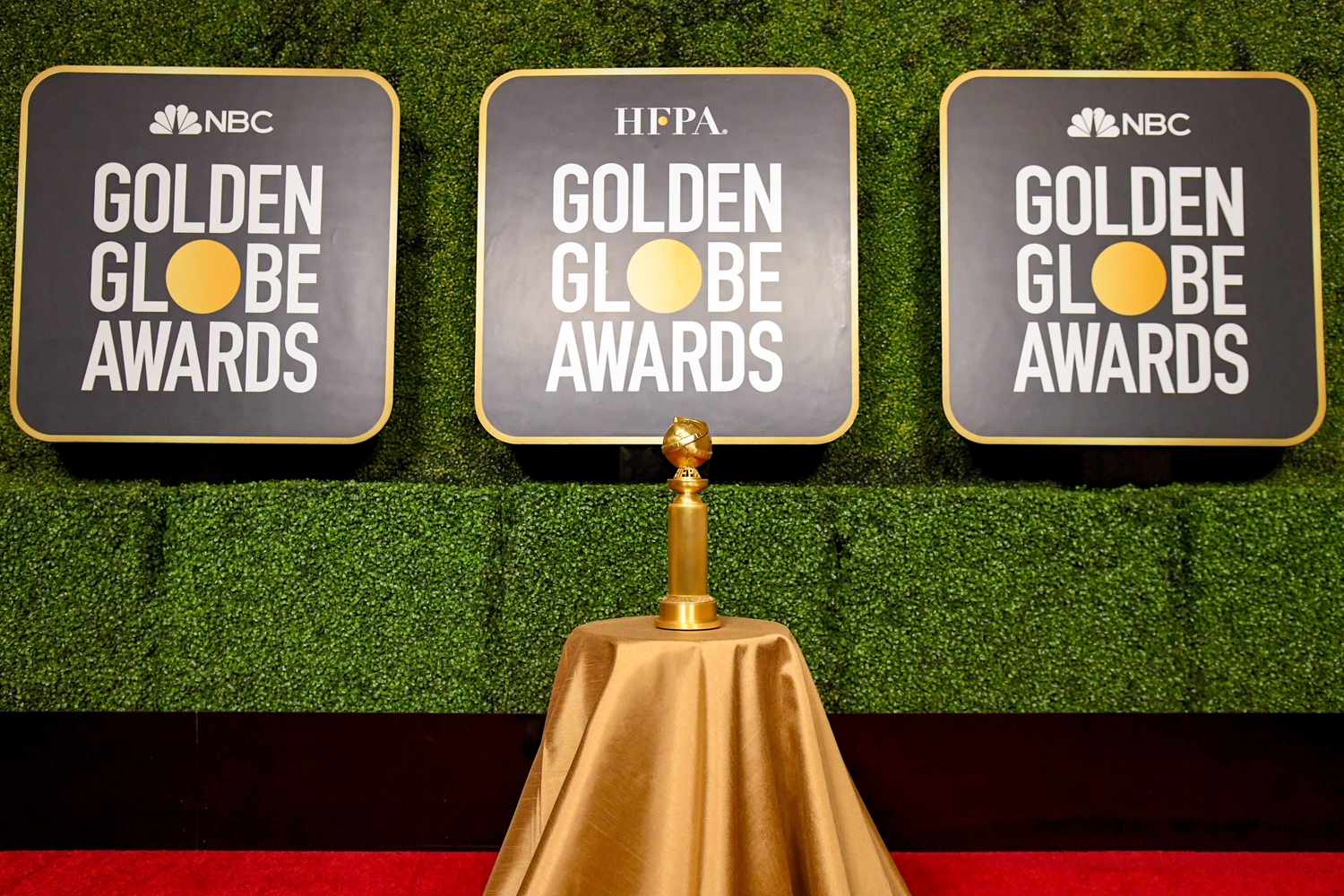 Golden Globe off the grid. Photo courtesy of Getty Images.

The Golden Globes ceremony took place on Sunday, Jan. 9. If you are wondering why you had not heard much talk about them, it could be because the Hollywood Foreign Press Association, the committee that gives the awards, decided the usually star-studded event would not be televised.

While this may seem to be explained due to the rising number of COVID-19 cases, like the decision to postpone the Grammy’s, the Golden Globes were silenced due to another rising concern.

The Golden Globes committee, the aforementioned HPFA, has found itself at the center of controversy numerous times in the last few years. First, the committee — which consists of journalists, film critics and photographers — only allows its members who reside in Southern California to vote on the awards, limiting its number to only 87 active voters.

Arguably the biggest controversy came when The LA Times revealed of these 87 members, there were zero black voters. Thus, many realized why films like “Ma Rainey’s Black Bottom” or “Da 5 Blood” were absent in the Golden Globes nominations. In addition to this, former HPFA president Philip Berk was removed from the committee after sharing articles that referred to the Black Lives Matter movement as a “racist hate group.”

Berk was also accused of sexual harassment by actor Brendan Fraser. When Fraser spoke against Berk, Fraser saw less work in Hollywood, which contributed to the severe damage to the actor’s mental health. Fraser is expected to make his mainstream comeback this year, starring in films from both Darren Arfonsoky and Martin Scorcese.

The HPFA has also been known to succumb to bribery. Most recently, the show “Emily in Paris” was nominated for several Golden Globes despite being criticized by many. It was revealed over 30 of the HPFA board members were invited to the set during filming and were treated to a two-night stay in Paris. The series was nominated over series like “I May Destroy You”, a show helmed and written by Michaela Coel, a woman of color, loosely based on her own story of sexual assault. This added further flames to the fire regarding the HPFA’s history with racism.

Creative media and entertainment professor Gary Edgerton said that the committee’s controversy was upsetting but not shocking.

“It wasn’t too surprising,” Edgerton said. “Especially because … the controversy that went through with the Academy Awards with hashtag Oscars So White … The difference is that a number of the [HPFA members], that their own team is about 90 [people], and to have such a small amount of people voting and then to have it so demographically narrow in terms of that was [a bad idea].”

Despite these controversies, the Golden Globes still occurred, with the results being posted on social media after the ceremony. For the actual ceremony itself, it was a private event with few people and no media present. The ceremony is often seen as the precursor to the more prestigious Oscars, which is expected to take place on March 27, 2022. Here are a highlight of some of the awards:

Arguably one of the most important wins of the night was Mj Rodgriuez winning Best Actress in a TV drama for her role as Blanca Evangelista in FX’s “Pose”.

As a trans woman of color being given such major award recognition, award shows continue to acknowledge both the good work and the work that has yet to be done. A rewarding representation that matters is boundary-pushing, but more work towards equality is still necessary. Hopefully, with nominations and wins like this, the door will be open for more representation in more forms of media.

THE POWER OF THE DOG

Being her first directed film in over a decade, Campion was welcomed back into the industry with open arms. A true trailblazer for female directors, she was the second female director to be nominated for Directing at the Oscars for her film “The Piano” in 1993. She was also the first female director to win the ​​Palme d’Or at the Cannes Film Festival for the same film.

“The Power of the Dog” received critical acclaim and is certified fresh on Rotten Tomatoes. The Western slow-burn drama focuses on a newly-wed couple slowly being driven apart by the husband’s jealous and secretive brother who begins to take the wife’s son under his wing.

“The Power of the Dog” is available to watch on Netflix.

Directed by Steven Spielberg, a classic Hollywood musical has been brought back to the screen. “West Side Story” debuted in theaters this holiday season to universal critical acclaim. The film is a remake of the 1961 film, which was based on the Bernstein and Sondheim musical that was a retelling of the Shakespeare classic, Romeo and Juliet. Gould said the remake was well done and helmed by Spielberg wonderfully.

“‘West Side Story’ was kind of a no-brainer for Best Comedy or Musical,” Gould said. “Regardless of everything, Spielberg really did do a great job with that remake.”

The film is a classic tale of love and fate. Tony, from the Italian gang named the Jets, and Maria, a girl protected by the Puerto Rican gang the Sharks, fall in love. Chaos ensues and the young couple’s love is tested.

Spielberg has been open about wanting to direct a musical for the screen throughout his career, and it seems he captured lightning in a bottle with this production. At the Golden Globes, the film won Best Picture – Musical/Comedy, Best Actress in a Motion Picture – Musical or Comedy for Rachel Zegler and Best Supporting Actress – Motion Picture for Ariana Debose.

Debose, who played Anita in the film, has large shoes to fill. Rita Moreno, who played Anita in the 1961 film and also appears as Valentina the shopkeeper in the 2021 film, had won the Oscar for the Best Supporting Actress with the role. Anita’s number, America, is one of most memorable from the musical and features themes of a “better life” in America that is still poignant today, despite the lyrics being over 50 years old. While filming the number, Debose’s shoes needed to be replaced multiple times because the energetic number was filmed in summer in the streets of New York. The high temperatures combined with the intensity of Debose’s dancing caused her shoes to melt on multiple occasions.

The film is not without controversy, however. Ansel Elgort, who plays the lead role of Tony, was accused of sexual assault and harassment by multiple women in June 2020 after filming West Side Story pre-pandemic.

Elgort admitted the relationships were inappropriate but denied all allegations of assault. Since then, he has remained quiet. However, Disney seems to be sending him on the press tour with the rest of the cast, appearing on talk shows and in large cast interviews. No statement from Disney or Elgort has been made about the allegations since the promotions began.

“West Side Story” is currently available in theaters.

The Golden Globes differentiates between Drama and Comedy/Musical while the Oscars do not. However, front runners for the Best Actress trophy are emerging.

Long-standing frontrunner Kristen Stewart for her role as Princess Diana in “Spencer” was nominated but did not win. The Golden Globe for Best Actress – Motion Picture Drama instead went to Nicole Kidman for “Being the Ricardos,” despite the controversy around her casting as Lucille Ball. Jessica Chastain and Lady Gaga also scored Globe nominations for “The Eyes of Tammy Faye” and “House of Gucci” respectively.

As for Best Actress – Motion Picture Musical/Comedy, two interesting frontrunners emerged. Rachel Zegler, for “West Side Story,” and Alana Haim, for “Licorice Pizza,” both share a similar story. Each actress was handpicked by their respective film directors in their first major acting roles. Zegler ended up winning the Globe. Haim is also receiving critical acclaim for her performance. However, only time will tell if both of them can secure their Oscar nominations.

Despite the show’s controversy, the Golden Globes remain an interesting and important part of the film awards circuit. Gould said it will still impact his selection for the Oscars.

“There’s always some overlap,” Gould said. “They’re always the ones that are obvious. I can definitely see some things being the same. However, I am holding back because I’m always kind of thrown for a loop with what’s nominated based off the Golden Globes.”

Its cancellation and the current situation the committee has found itself within is certainly fascinating. It is unknown if the ceremony will air next year. NBC is open to broadcast, only if serious efforts are made to restructure its committee to make it diverse and open to all. Edgerton believes the show will be back.

“[Any award] is certainly a vote of confidence,” Edgerton said. “At the very least institutional recognition. What it is are dollars and cents. And if I was to guess, will NBC or some other networks be carrying the Golden Globes either next year or soon thereafter? Absolutely.”