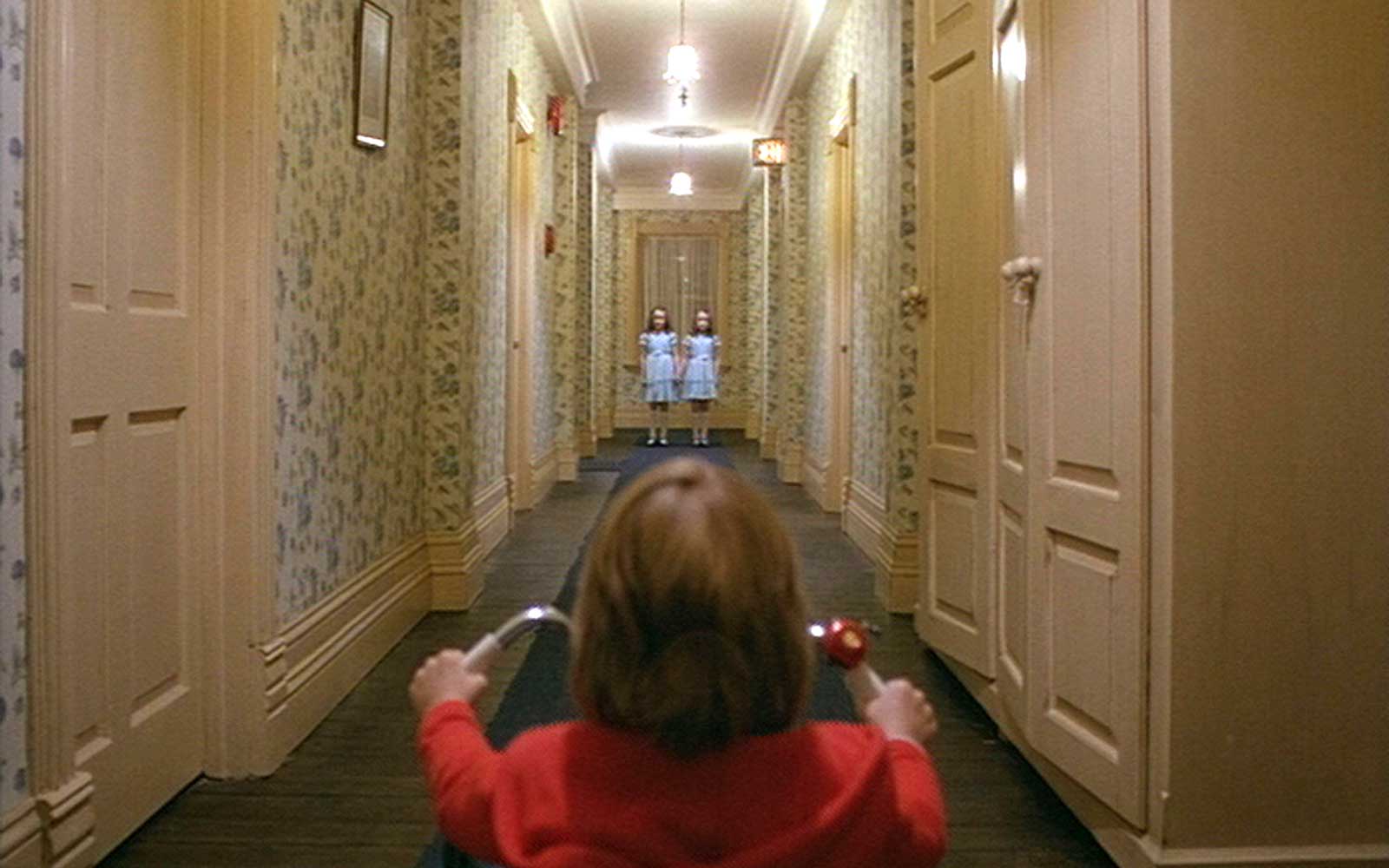 There seems to be an unspoken rule that begins during the 10th month of the year: if you’re going to watch a movie, it has to be a scary one. And if you’re going to be watching scary movies anyway, why not watch some of the creepiest, most thrilling or best-made ones? I’ve curated some recommendations that everyone should at least consider watching for new terrifying entertainment during the upcoming spooky season, listed in no particular order.

Why it’s so good: Director James Wan is the master of suspense, and this movie is no exception. “The Conjuring,” although containing the occasional horror cliché, keeps you wanting to close your eyes in fear of classic jump scares. The movie is based on a true story and, although heavily dramatized, still manages to linger in your head for a while after the credits roll. Although it falls under the traditional “haunted house” category of film, it is refreshing and original; it’s a slow, ominous movie that rapidly spirals out of control into a terrifying conclusion.

Where to watch: Stream “The Conjuring” on Netflix and HBO Max.

Basic plot: A child in a coma serves as a vessel for demonic activity.

Why it’s so good: James Wan’s two films on this list are grouped together for very similar reasons. Both films incorporate demonic activity, children that discover these entities and haunted houses. However, “Insidious” does some things differently, starting with the creative and original world that Wan creates  — “The Further” is a realm full of truly creepy and unforgettable spirits. This film also has some of the best jump scares in horror and a fantastic twist ending. It is eerie the whole time, has some great visual effects and a unique premise that makes it stand out from other popular haunted house movies.

Where to watch: Stream “Insidious” on Netflix.

Basic plot: A group of teenage friends go on a road trip in rural Texas only to discover a family of cannibals.

Why it’s so good: For a very early 1970s movie, I assumed this film would be cheesy. However, it is a genuinely twisted and disturbing movie that is legitimately terrifying in its own way. The visuals are pretty realistic, especially in the scenes set in the family home. The dialogue feels natural, and the acting is done in such an emotional way that the audience is truly able to connect with the terror that the protagonists endure. This movie is dark, raw and ultimately a great, classic choice for a Halloween movie night.

Where to watch: Stream “The Texas Chain Saw Massacre” on IMDB TV, Amazon Video or Tubi.

Basic plot: A group of friends go to an isolated forest cabin and unleash the living dead.

Why it’s so good: For the same reasons as Hooper’s film above, Raimi’s “The Evil Dead” can legitimately shock its audience. The  visuals, dialogue and performances stand out, especially for an older film. Although the plot is pretty simple, and the acting is just alright for today’s standards, the special effects are some of the most frightening ever done. The jump scares are great when combined with the frightening makeup work. There’s an element of comedy mixed into this movie, but unlike its two sequels, it doesn’t take over the plot — the horror does all the heavy lifting in this movie.

Where to watch: Stream “The Evil Dead” on HBO Max.

Basic plot: A true crime author moves into a new home and discovers a gruesome past caused by a malevolent entity in the form of old home movies.

Why it’s so good: “Sinister” is quite the unforgettable movie. There is something is so haunting about the many small details of this film, and the ways the main antagonist — no spoilers — carries out their wrath are truly seared into the minds of its viewers. It has fantastic suspense, a great lead performance by Ethan Hawke and a very original plot that comes off as refreshing compared to other scary movies of its time.

Where to watch: Stream “Sinister” on Amazon Video to rent it, or view it on Showtime with a subscription.

Basic plot: After surviving the events of the first installment of the franchise, the protagonists Sydney and Gale must take on the ghost mask-clad killer who returns during college.

Why it’s so good: The original “Scream” is amazing, but most people have seen it. This sequel is a great continuation with better horror and more developed characters. It even pokes fun at the idea of a sequel while managing to be as refreshing and new as the original. Many people watch slasher movies during Halloween, and this is one of the better ones, regardless of its status as a sequel.

Where to watch: Stream “Scream 2″ on HBO Max, or rent on Amazon Video.

Basic plot: A group of teenagers attempt to solve the mystery of mass killings from their hometown’s sordid past.

Why it’s so good: Although the movies were released as a trilogy, the three can be treated as one long film. This set of movies based on the R.L. Stine books of the same name was such a nostalgic treat to come out on Netflix this past summer. Although these movies are directly influenced by classic slashers — particularly “Friday the 13th” and “Halloween” — the original concept and lovable characters truly make this series stand out. These are movies that went unnoticed since they came out in the summer, but they’re sure to be Halloween favorites once viewers start to discover them.

Where to watch: Stream the “Fear Street” movies on Netflix.

Basic plot: A deaf author living in a remote cabin must deal with a home-intruding masked killer.

Why it’s so good: What “Hush” did for the “home invasion” category of horror movie is astounding. The unique take on the genre, with such a clever premise, is executed perfectly, especially with the audience hearing nothing to simulate the protagonist’s terror. Mike Flanagan’s film is simple, but it is great that way — the simplicity was executed in an unforgettable and terrifying manner.

Where to watch: Stream “Hush” on Netflix.

Brief interlude: Films 9-13 are departures from the traditional haunting or slasher-style horror movies — they are more complex, brilliant and still terrifying films.

Basic plot: Two sailors stranded on a deserted lighthouse island undergo the madness of isolation, which reveals some dark secrets.

Why it’s so good: “The Lighthouse” is incredibly unique — it bridges the gap between historical period drama, psychological thriller and horror in a way that has not been done before. Shot entirely in black and white with a strange rectangular aspect ratio, the movie not only looks eerie, but the acting  —  particularly the New England accents both Dafoe and Pattinson learned  —  and the cinematography create an unmatched ambiance in this film. Although some argue it’s not a dedicated horror movie, it is dark and disturbing enough to warrant a spot on a list of movies to watch in October.

Where to watch: Stream “The Lighthouse” on Amazon Video.

Basic plot: A Vietnam War veteran undergoes madness and hallucinations as he attempts to discover what is actually his reality.

Why it’s so good: This film is a prime example of psychological horror; it has quite a frightening atmosphere for the entire runtime and contains some disturbing imagery, especially during Jacob’s hallucination sequences. More than just the scare factor, “Jacob’s Ladder” is extremely thought-provoking. This movie will require some research afterward, for sure. It kills two birds with one stone; this movie can creep you out and make you question existence, and that’s a style of movie everyone should be exposed to.

Where to watch: Stream “Jacob’s Ladder” on Hulu or rent on Prime Video.

Basic plot: A couple hoping to find a home together gets trapped in a never-ending abyss of suburbia.

Why it’s so good: “Vivarium” is a movie that is often overlooked. It has great performances, and the cinematography and visual effects are very clever and even beautiful. The pastel atmosphere of the neighborhood is something out of an impressionist painting. In addition to its style, this film also has an entirely unique concept and plot. It doesn’t sound incredibly frightening from its premise, but being trapped in suburbs with houses that look exactly alike for miles is eerie, especially given the dark secrets that lie beneath the newly-paved streets. German and first-year seminar professor and lecturer, Dr. Melissa Etzler, reflected on her experience with “Vivarium.”

“‘Vivarium’ is home ownership gone haywire and the monster is consumer capitalism,” Etzler said. “A young couple’s dream becomes a nightmare when they are trapped and isolated in a pristine ghost estate… A mind-bender of a film.”

It is really a remarkable movie, and it does not seem to get the love it deserves. Give it a try in the weeks to come and experience the horror yourself.

Where to watch: Stream “Vivarium” on Amazon Prime Video.

Basic plot: A family recovering from a loss begins to learn about some of the untold secrets of their family tree.

Why it’s so good: Although Aster’s other film “Midsommar” is often preferred to his first feature-length film, “Hereditary” is easily the better Halloween movie. It’s genuinely terrifying, although a bit ambiguous. Toni Colette’s performance as Annie Graham is top-notch, and this movie will play with your emotions, fears and mind. It’s visually dark and frightening, but has some solid, classic scares that bring it together. When asked about what makes “Hereditary” both a scary but impactful film, first-year biology major Ali Mohamed reflected on his reaction to the movie.

“I think I found ‘Hereditary’ especially scary because it doesn’t completely rely on jump scares,” Mohamed said. “The horror in the film just makes [the viewer] super unsettled and uncomfortable, and you get the feeling where your body is super tense throughout the whole time.”

It’s a complex  —  but subtle  —  movie that will definitely linger in your mind long after it’s over.

Where to watch: Stream “Hereditary” on Amazon Prime Video, as well as Fandango or Vudu.

Basic plot: An author takes a job as a caretaker to a Colorado hotel during the winter, and a combination of mysterious forces and cabin fever guide him in a very bad direction.

Why it’s so good: I may be a bit biased with this selection since this is tied for my favorite movie of all time, but “The Shining” is incredibly poignant as well as genuinely haunting. The mood of this film is incredibly tense and ominous, and once the terror gets going, it doesn’t slow down at all. The shot choices and script by Stanley Kubrick are absolutely legendary. Payton Gallowitch, a first-year biology major, has reflected on “The Shining” quite a bit.

“Every single scene in the film has a deeper meaning, and because of this, I can pick up a new detail every time I watch it,” Gallowitch said. “I think the fear in the movie comes from being so far into Jack’s brain, while simultaneously not being able to predict what will happen next.”

When going into “The Shining,” be prepared for a tremendously wild ride. If you watch this when it’s snowing, even better.

Where to watch: Stream “The Shining” on HBO Max or Amazon Prime Video.

This completes the list of top movie picks for this upcoming Halloween season. Please reach out with any further recommendations — I’m always looking for something new to watch!