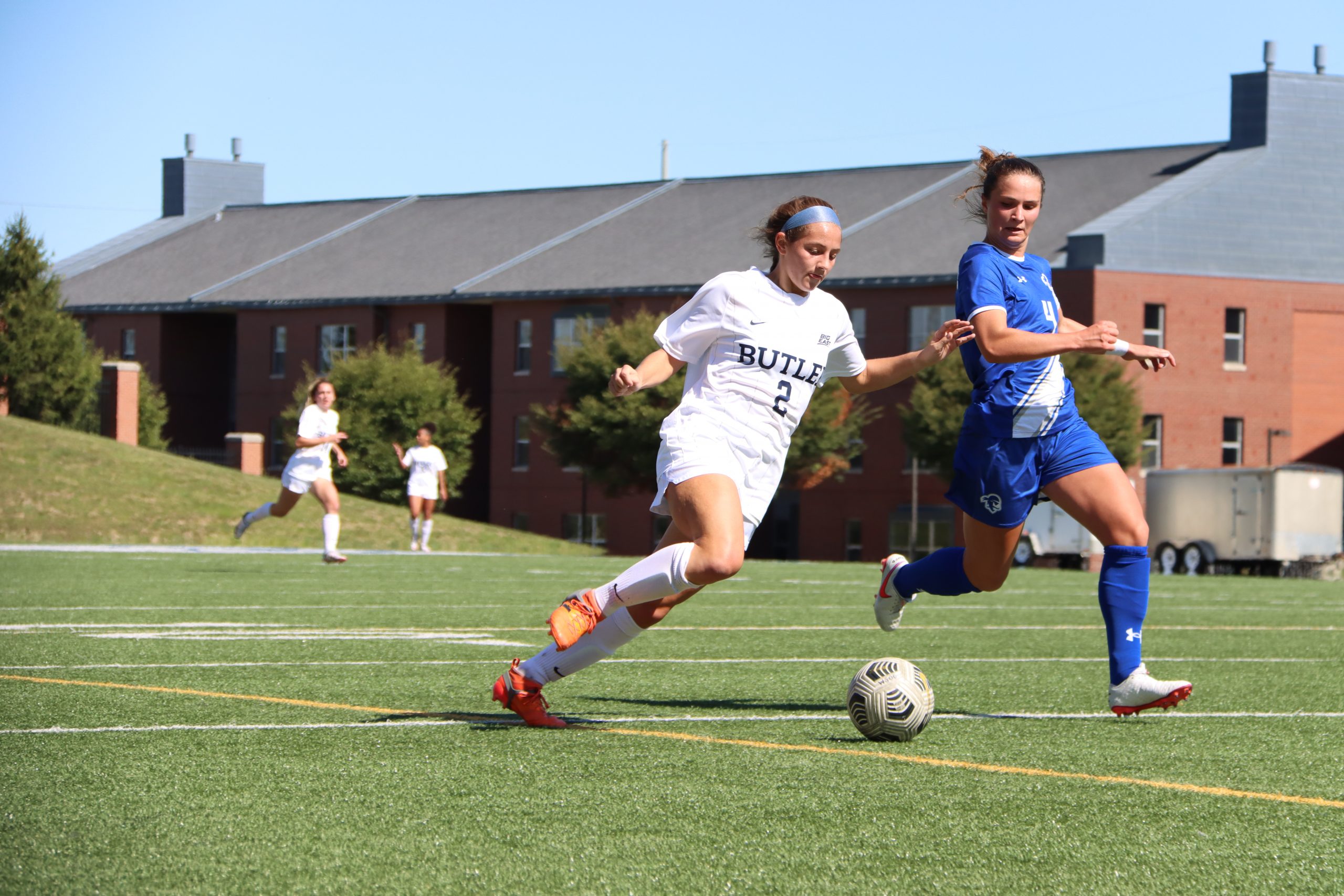 The Butler women’s soccer team is now 3-0-1 in the Big East following a 3-0 victory over the UConn Huskies on Oct. 3. The Bulldogs now remain the only team in the Big East undefeated in conference play.

In their first game back since tying with St. John’s 1-1 on Sept. 30, Butler got back into the win column in a physical game by recording another shutout — their fifth of the season. After a competitive first half, the Bulldogs turned on the pressure in the second half to grind out another win.

Junior forward Becky Dean got the scoring started for the Bulldogs in the 27th minute, putting in a corner kick from redshirt junior Katie Soderstrom into the back of the net. Dean, who started the game on the sidelines, scored the only goal of the first half. She was added to the starting lineup coming out of halftime.

Soderstrom nearly got a goal herself towards the end of the first half off of a perfectly placed pass from junior defender Alana Wood that gave her a point-blank straight-away look, but she just missed the goal and sailed the ball off to the right.

Continuing in their typical path to victory, Butler’s pressure and defensive prowess caused the Huskies to wilt in the second half, as the Bulldogs tacked on two more goals before the final horn.

Sophomore Abigail Isger scored from on a breakaway in the 50th minute off of an assist from sophomore Alli Leonard. Senior defender Julia Leonard added another goal to her season total on a header from a corner kick courtesy of Soderstrom.

Soderstrom, who was awarded the Big East Offensive Player of the Week award on Sept. 30 after a hat trick performance against Western Michigan, had another strong performance with two assists on Butler’s three goals. Following the win against UConn, Soderstrom was given the award for a second time this season.

Despite missing senior defender Amanda Kowalski, Butler’s defense once again shut down their opponent, allowing only two shots on goal all game. Redshirt junior Gabby Smith got the start in place of Kowalski, but was forced out of the game due to injury in the first half and did not return.

Junior defender Aliya Diagne, who is the reigning Big East Defensive Player of the Week awarded on Sept. 27, was knocked out of the contest due to injury in the second half, but was able to return later in the game.

The Bulldogs will head to the nation’s capital on Oct. 7 to face Georgetown in a marquee matchup against the Hoyas who are currently ranked 24th in the national coaches rankings. They will return the following week to the Sellick Bowl to take on Providence on Oct. 14.