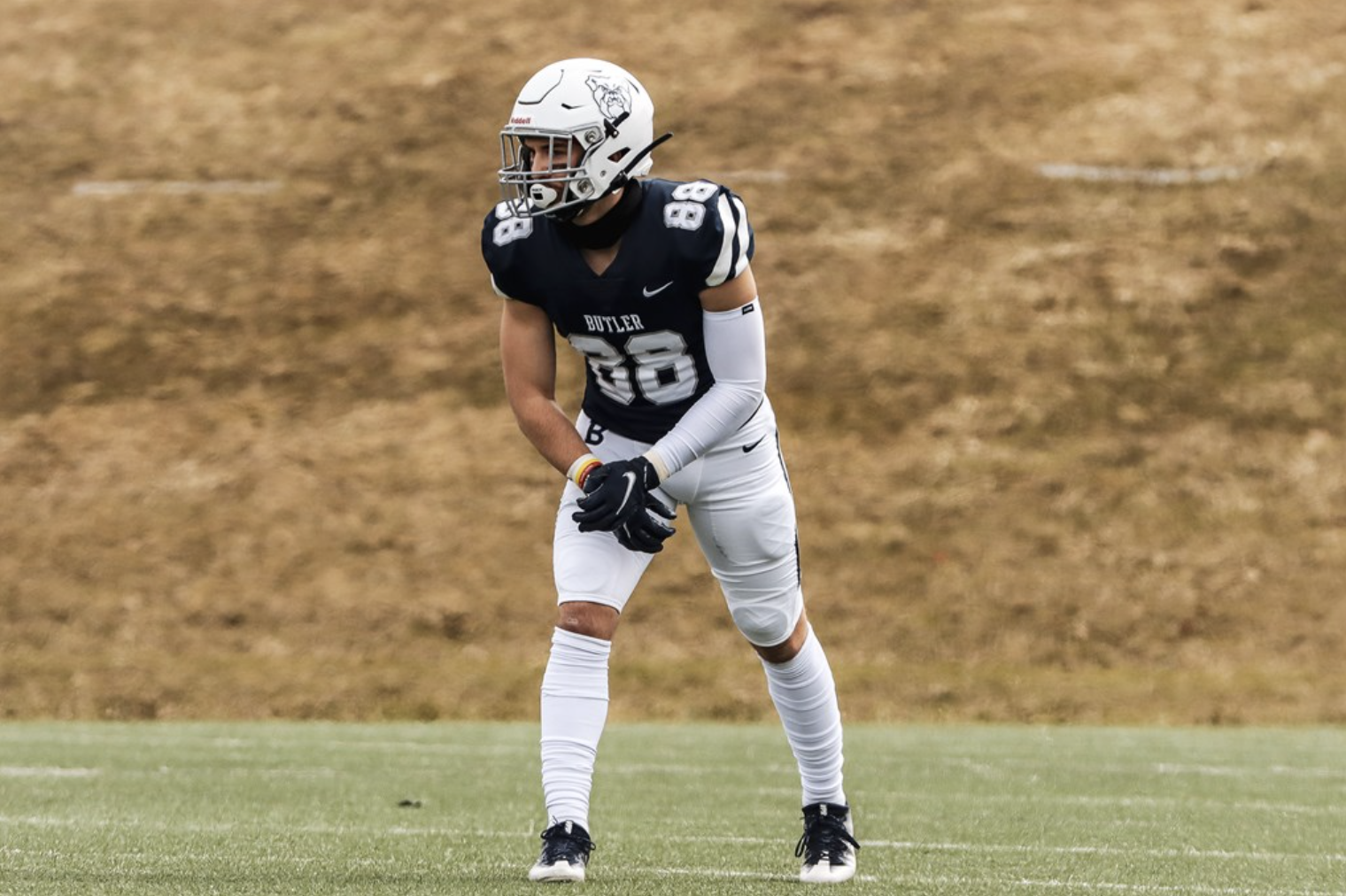 Butler wide receiver Grant Stegman lines up before the snap during a matchup against Valparaiso last spring. Photo courtesy of Chandler Hart.

The Butler football team suffered their first Pioneer Football League loss on the road to the University of St. Thomas Tommies on Saturday Sept. 25 and fall to 2-2 on the season.

St. Thomas started off strong in the first half — scoring on three consecutive drives — and never looked back.

Late in the first quarter, the Tommies scored their first touchdown of the game with a 2-yard rushing touchdown from running back Tom Loeffler making it 7-0.

Early in the second, Tommies quarterback Cade Sexauer led a 10-play 92-yard drive that resulted in a 8-yard touchdown pass to running back Joshua Komis. The Tommies capped off the drive with a successful two-point conversion attempt, moving the score to 15-0.

Moments after, Loeffler ran the ball in for a 5-yard touchdown rush with a commanding 22-0 advantage for St.Thomas.

The Bulldogs were finally able to make something happen on defense when defensive back Thomas Rousseau picked off a pass late in the second, but on the ensuing drive Butler was not able to generate anything offensively.

The second half of the ballgame was all St. Thomas as they scored two more touchdowns and equally kept up on defense.

In the third quarter, Sexauer found an open tight end Max Zimmerman for 9-yards that landed in the end zone giving the Tommies a 29-0 lead.

St. Thomas kept the momentum going until the end as running back Hope Adebayo closed out the game with a 34-yard touchdown run, finalizing the shutout 36-0.

Butler put together their best drive of the day at the end of the fourth quarter with quarterback Bret Bushka completing a series of passes deep into St. Thomas territory. The drive ended in a fumble and any hope of getting on the scoreboard was lost.

The Bulldogs look to turn things around next week against Drake for their PFL home opener on Oct. 2 at noon.