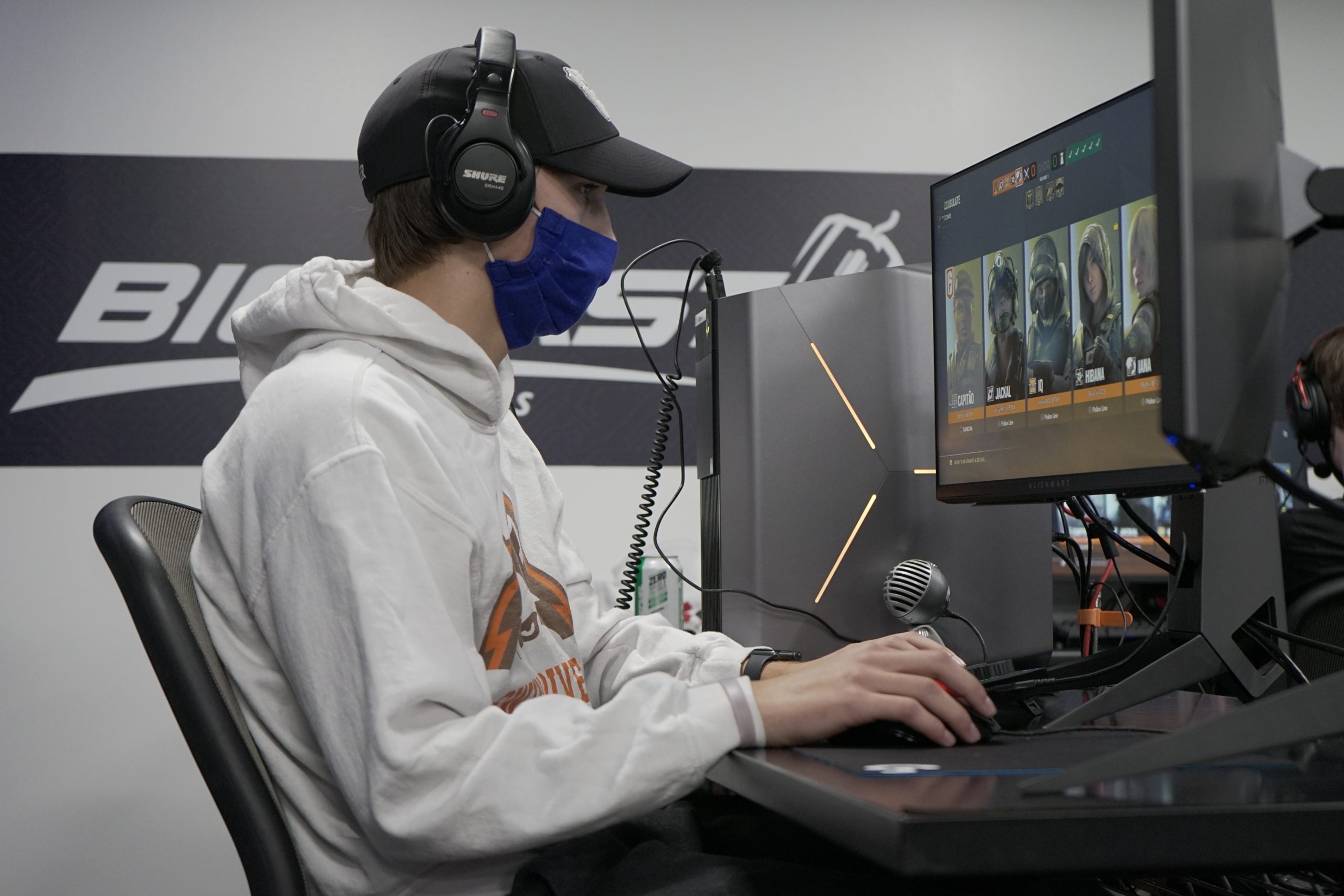 The game started off like any other Rainbow Six Siege game. Butler’s Esports Club team was up against Cumberland University in a scrimmage.

That was until one failed all-out attack by Butler’s team led to everyone being eliminated from the game except for one player, newly-acquired Ryan Kaiser, a first-year computer science major. With Cumberland having four players left, everything seemed lost for the game this round.

Little did they know, Kaiser had other plans.

With all odds against him and his teammates by his side calling out the player’s locations on the map, Kaiser began to rally back. One by one, he knocked off three straight Cumberland players leaving only one player standing in his way from completing a thrilling comeback.

After a minor break in the action, the two players met in the middle of the map for one last battle. Kaiser reached the middle of the map first and set up in the corner. Suddenly, Kaiser heard footsteps from over his shoulder, so he turned and sprayed the other player with a 416-C rifle until the words “victory” rained across the screen.

“It was one of the most clutch moments I’ve ever had while playing Siege,” Kaiser said. “Although, I owe it to my teammates for giving great call outs the entire time.”

Butler would go on to beat Cumberland using the momentum from Kaiser’s heroics to pull away with the win. This isn’t anything new for Kaiser; after all, in the latest season of scrimmaging, he leads the team in kills with 98 as well as assists with 37.

Even though Kaiser is new to their team, he has plenty of experience in the gaming field. Ever since Kaiser first played Lego Star Wars on the computer when he was a kid, he has taken to the competitive and strategic nature of video games.

“Growing up, I’ve always loved playing games on all the different platforms, but the ability to play with my friends for hours upon end made playing even more entertaining,” Kaiser said.

As for Rainbow Six Siege, Kaiser has only been playing for four years since he first started to play the game at his friend’s house back in 2016. Kaiser had enjoyed similar first-person shooter games like Call of Duty and Counter Strike at the time, so learning how to play came naturally.

He has since become attached to the game with his most recent in-game rank of Platinum III. This ranking is in the top 20% of players, with only the Platinum I, Platinum II, Diamond and Champions rankings ahead of him.

Once Kaiser moved on to campus this fall, he was hoping to join as many clubs and intramural sports as he could handle, but the COVID-19 pandemic shut down almost all of his options — except the Esports team. He was hesitant at first to join the program because he was worried about being able to manage his homework and the club team. However, when Kaiser found out there was a Rainbow Six Siege team, he knew he would fit into the team since his ranking was the second highest on the entire team.

Max Casson, a sophomore exploratory business major, and co-captain of the Rainbow Six Siege Club team, realized Kaiser was a special player when he first met him during his tryouts.

“I played a few games with him, and I was like dang, I really like this kid’s energy and enthusiasm, but also just a very solid player,” Casson said. “I knew that he would be one of the players that I would be putting in the starting lineup.”

As soon as the tryouts ended, Kaiser was informed that he not only made the team, but would be slotted into the starting lineup right away. Since making the team, he has continued to make a positive impact for the team so far.

Ethan Meadows, a first-year computer science major and the most recent addition to the Rainbow Six Siege team, has already felt Kaiser’s positive presence when competing with him.

“He can be a backbone when you need him to be,” Meadows said. “He stays calm and collected when the team needs him the most.”

While Kaiser has proven his potential to be a crucial key to their team during games, it has been his dedication away from the computer that has stood out the most to Casson.

“He has been scouting and making strategies for us just without him even asking,” Casson said. “To see someone be as dedicated as Kaiser, putting in those hours in ranked games and helping out scouting, it is so refreshing to see.”

In one of their more recent games, Butler’s Esports team upset Ohio State University, a team with all but one of their players having an in-game ranking above Platinum. The scrimmage came all the way down to the final game after the series remained tied 7-7.

In the final round, Kaiser started off by running as fast as he could to the opposite side of the map. On his way over though, he was met by two of the opponents. Kaiser was able to kill one and damage the other one, but he would eventually get killed. Kaiser’s sacrifice would pay off after his teammates were able to clutch up and pull off the victory. Kaiser finished with 11 kills and five assists while leading his team with the most overall points.

“It was one of our toughest tests we’ve had all season long.” Kaiser said. “It was a hard fought battle, but I believe our team worked well together to pull off the upset.”

Kaiser’s dedication towards his craft and ability to come up clutch in high pressure situations has turned him into one of the best Esports players at Butler. With more than three years left ahead of him, it is safe to say that Kaiser has a bright future with the Esports program ahead of him.

“I think we will see him continue to improve throughout the season in all aspects of his play and continue to be the main driving force of this team’s energy,” Casson said. “ I would love to see where he goes on from here.”