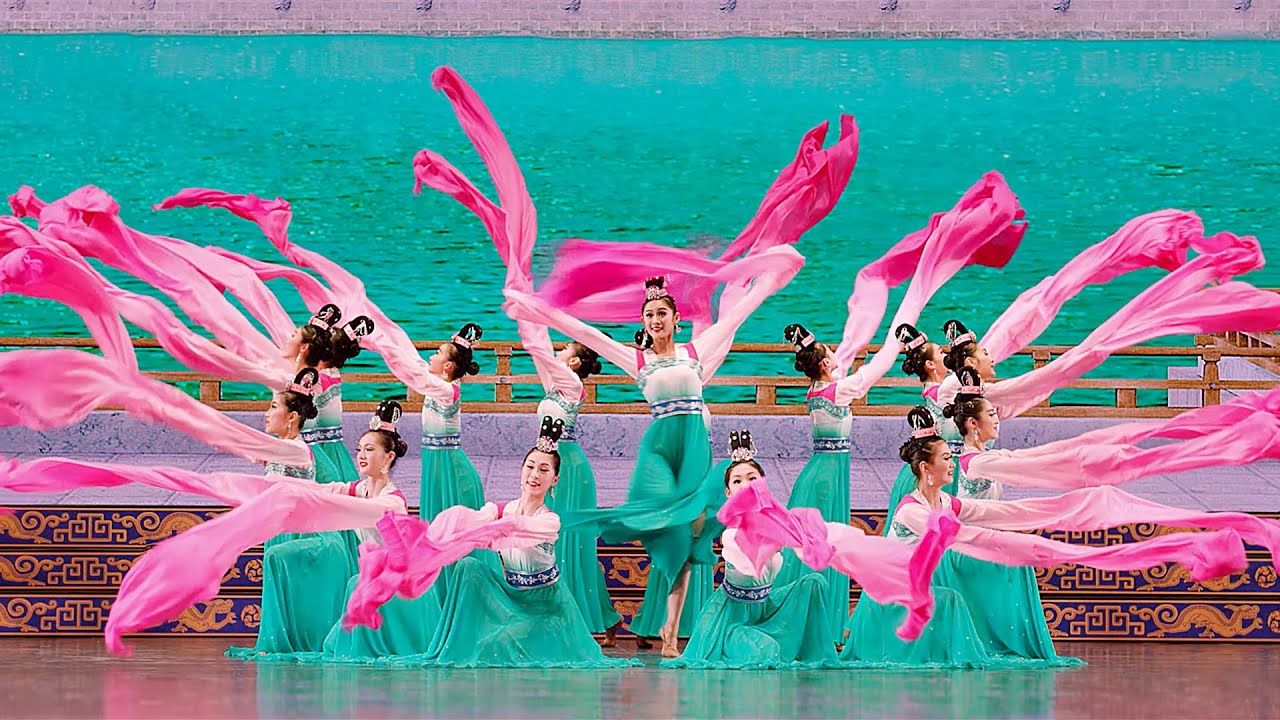 If you had to compose a list of the seven wonders of America, you might think to start out with the Grand Canyon — or perhaps Mt. Rushmore. If you were to compose the list with the basis of qualifications being unique American absurdities, you might toss the concept of the electoral college into the mix. Or possibly just the entire political system as a whole.

But as inherently odd as our country’s many natural phenomena and governmental institutions will forever remain, I’d argue to say that there is only one true wonder of this country, and oddly enough, it doesn’t have much of anything to do with America.

This marvel has been around for about 14 years. Its subliminal advertising techniques work in a way such that its existence plagues your subconscious without your awareness. One might say that we all know what it is, but at the same time, no one actually knows what it is.

It is Shen Yun.

Without a doubt, whether you are aware of it or not, you have seen a Shen Yun poster within the last week. Despite the troupe’s yearly visit to Indianapolis having happened over two weeks ago, the pastel posters remain plastered around buildings across campus. The words “5000 Years of Civilization Reborn” echo throughout each floor of Lilly Hall, and the poster I saw haphazardly placed on the second floor of Fairbanks served as my inspiration for this article.

With the event not even being located on campus, I’m left with many questions: who takes the time to place these posters there? What goes on at these shows? Why does literally every resident of every remotely suburban city know of its existence? What IS Shen Yun?

After confirming mutual bewilderment with many of my peers and a conversation with my father about how he — a middle-aged man who has never entered into the realm of Shen Yun in any capacity throughout his lifetime — received an advertisement about the company in the mail a few weeks ago, I decided it was finally time to do some digging.

Shen Yun tours with seven companies of about 80 dancers, musicians and crew, and the company boasts its revival of a traditional Chinese culture to “millions across the globe.” Despite the non-profit being headquartered in a private compound in upstate New York, the show is brought to nearly every continent and numerous countries around the globe. China, however, is exempt from this list, and the company is not shy to state this on their website.

As a matter of fact, Shen Yun tries its damndest to separate itself from the Chinese state, even while simultaneously decreeing that “Chinese dance is at the heart of what Shen Yun does.” In my attempt to discover what exactly the company means by authentic Chinese dance and a “diving culture,” I began to see that this company and its performances are somewhat of a retaliation effort on behalf of practitioners of Falun Gong — a highly persecuted religious practice originating out of China in the ‘90s.

The pillars of the Falun Gong practice include truthfulness, compassion and forbearance — all three of which Shen Yun mentions in its program — and the spiritual movement pulls from Buddhist and Taoist traditions and meditative practices. Founded by Li Hongzhi in 1992, the movement began to spread across China until 1999, when Communist Party officials approved and executed a mass propaganda campaign and persecution effort against practitioners of the Falun Gong principles.

The persecution of the practitioners of Falun Gong in China continues into the present day, and reports of the imprisonment, torture and forced organ harvesting of the movement’s followers are widespread in nature.

Despite all of the startlingly apparent darkness that seems to infiltrate the history of what Shen Yun promotes, on the outside it appears to put on quite a colorful show. The dancers are draped in elegant cultural costumes, and the storylines for each individual dance of the program appear to be rooted in majesty and grace. From the perspective of an outsider, this dissonance only enhances the peculiarity of the way in which they present the production in both advertisements and on stage.

Because I couldn’t be there myself, I spoke with Max Tucker, a  senior entrepreneurship and innovation major who was in the audience at the Indianapolis show at the Murat Theatre on Feb. 8, in order to help me fill in the cracks.

Tucker enjoyed the show, and it defied his expectations. He didn’t know anything about the program going into it, except what was on the posters, and was surprised and engaged by what he saw.

“The show was told in six or seven small acts,” Tucker said. “Some were traditional Chinese dances, and then later on in the show they got more political.”

The program, Tucker said, did not finish in the same pleasant manner in which it began. The final piece that the artists performed, entitled “Renewal of Heaven and Earth,” brought to the stage a small reenactment of modern-day Chinese life and the persecution and brutality that Falun Gong practitioners might be subject to.

“Anyone who is not familiar with the situation would probably be able to empathize a little bit with what [Shen Yun] is doing,” Tucker said. “It was told in a pretty emotionally moving way.”

Shen Yun advertisements have been discreetly placed directly under my nose for the past 12 years of my life. And never in my wildest dreams did I imagine that the show would be rooted in such a tense and violent history.

It somehow kind of adds up, as the billboards and flyers we see in our day-to-day lives don’t really advertise anything at all specific, per say. And this is probably the reason why so few people actually attend the show or know anything beyond it at the surface level — that being its overly excessive advertising campaign.

Additionally, it’s worth mentioning that Shen Yun is organized as a non-profit, and as of 2017, federal filings reported that the company possessed a staggering $95 million in assets. Revenues alone totaled nearly $30 million. Surprisingly, the advertising budget itself does not wipe these massive totals down to zero, as local divisions of Falun Gong practitioners from city to city are expected to raise the funds necessary to broadcast Shen Yun’s arrival to the general public.

Continued support for Shen Yun can be looked to in other bizarre places, such as The Friends of Shen Yun Society. Based out of Philadelphia, this secondary non-profit, with no working affiliation to Shen Yun, exists solely to serve its mission of “raising awareness and engendering support for Shen Yun Performing Arts.” In addition, this organization also holds special events to educate its members Falun Gong practices.

Now, I really can’t say that I know much about cults, but this kind of behavior seems somewhat indicative of a secondary force at work. It’s hard to say whether or not people are being put up to these drastic measures of promoting the show, but regardless, it is clear that tension still remains between Shen Yun and the Chinese government. With evidence of propaganda being relayed on both sides of the argument, it is difficult to ascertain who is in the “right” in this situation, if there even exists one.

Newly aware of its history, I’ll be the first in line to get my tickets for Shen Yun once the posters for this year’s show come down and are inevitably immediately replaced with those introducing the show for 2021. Maybe it’s just the cynic in me, but my curiosity has only been fueled by my awareness of Shen Yun’s startling past.