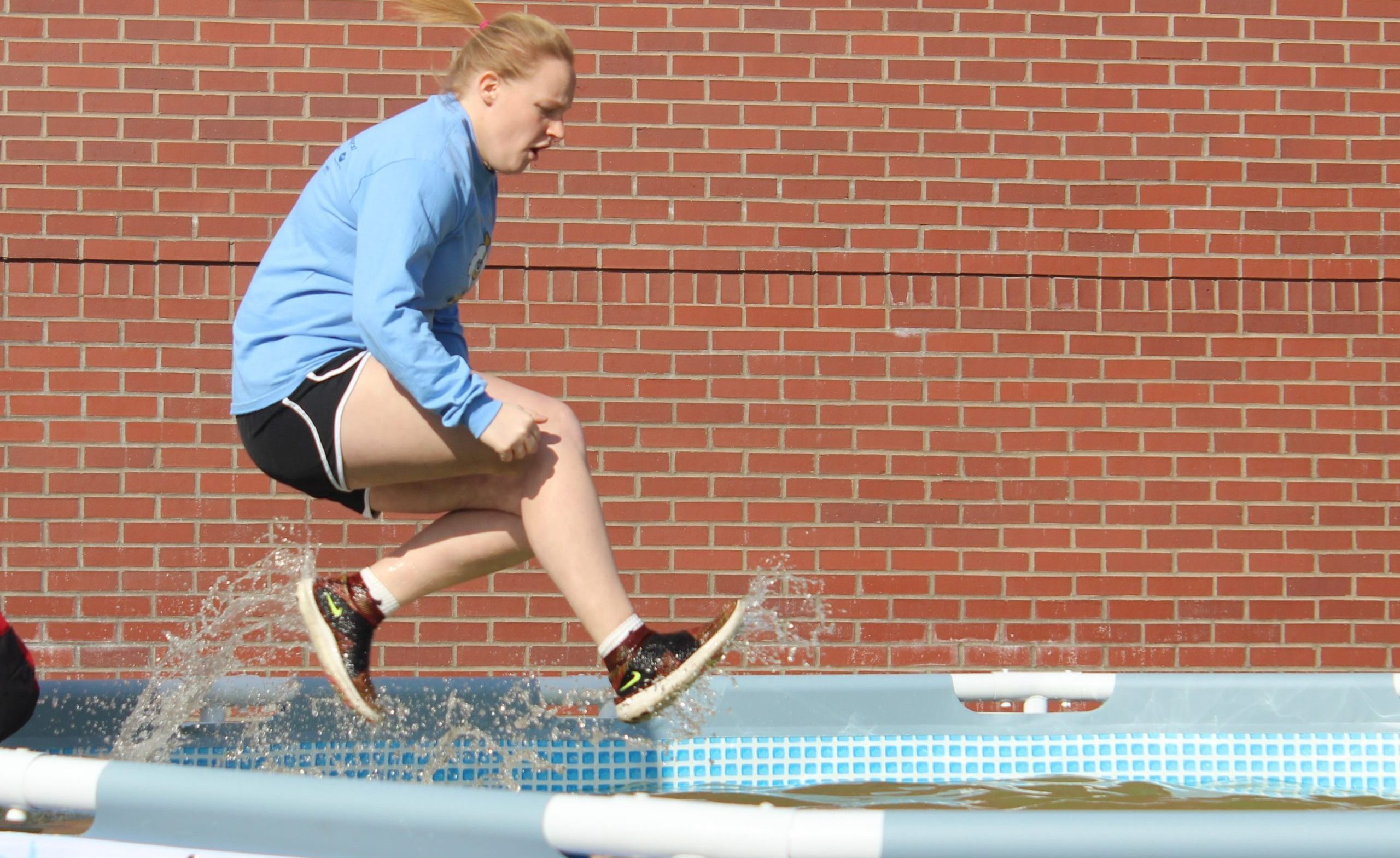 Every year, Butler University students and Special Olympics athletes jump into a freezing pool of water to raise both awareness and money for the Special Olympics program. The BASO event is on Feb. 22.

This year, each Special Olympics athlete will be paired with a BASO member and take the plunge with their partner as a unified team.

BASO member Abby Wild, a sophomore finance major, said BASO purchased a new, state-of-the-art ladder to use for the Polar Plunge pool this year. The new ladder will connect to the pool more securely than those used in the past.

“The past ladders have been an issue for the athletes because they weren’t stable enough,” Wild said. “So then they were too scared to like, actually go in the pool.”

Polar Plunge teams will compete in a lip sync competition judged by the Special Olympics athletes. The winning team will receive points for Spring Sports, an overnight sports competition that serves as BASO’s biggest fundraiser. Teams that fail to participate in the lip sync will receive a 100 point deduction.

Hannah Wright, a sophomore BASO member and health sciences major, said the lip syncs will help make the event more interactive for both the athletes and students.

“It’s to raise awareness and give the athletes more time to get to know people on campus,” Wright said. “And, it’s like the athletes’ favorite thing. They love dancing. They love singing. And, we needed something kind of interactive for the houses to do so they’re not standing there waiting for pizza and then leaving.”

Each Greek house has an elected Polar Plunge team captain that serves to encourage members of their respective houses to participate in the event.

Special Olympics athlete Andrew Peterson and his dad, Craig Peterson, have been involved with BASO for around 10 years. Andrew, born with fetal alcohol syndrome, has a passion for running in particular. In 2019, he ran the Boston Marathon, and he now coaches Special Olympics track and field, cross country, and basketball teams.

Both students on BASO and across Butler’s campus have made an effort to develop a relationship with Andrew. He was initiated into the fraternity Sigma Chi as a non-college student member based on his accomplishments and work within Special Olympics.

Craig said Butler students are much more engaged in the program today than when he first started attending events on campus.

“I think there was always a good effort,” Craig said. “I think there was some awkwardness on how we’re supposed to interact between Butler students and Special Olympics athletes, so I think we’ve made great progress — especially in the past three or four years — to make it a more inclusive relationship with them.”

In 2019, the Petersons spoke at fraternity and sorority houses across campus to raise awareness about BASO and promote student engagement and interaction at Polar Plunge. Craig said it worked so well last year that they decided to do it again.

Wild said that increased student interaction is a big reason why they are doing lip syncs.

“It would encourage people to stay,” Wild said. “Especially with points for Spring Sports, that is such a big deal.”

Wright said fraternities and sororities that have 25% or more of their members sign up for Polar Plunge will receive points for Spring Sports. The same rule applies to the independent student team, as well. Additionally, individual students will be able to earn points for their teams by staying until the end of the event and signing a sign-out sheet.

Last year’s Butler Polar Plunge raised almost $55,000 for Special Olympics Indiana. The money raised improved the program by giving the coaches the ability to purchase new equipment for the athletes.

BASO has set a fundraising goal of $62,000 for this year’s Polar Plunge. So far, the organization has raised over $21,000— over one-third of its goal.

Money raised from Polar Plunge goes directly to Special Olympics Indiana, where it is used to cover expenses such as transportation to and from games and practices, uniforms, entry fees and other general costs of participation.