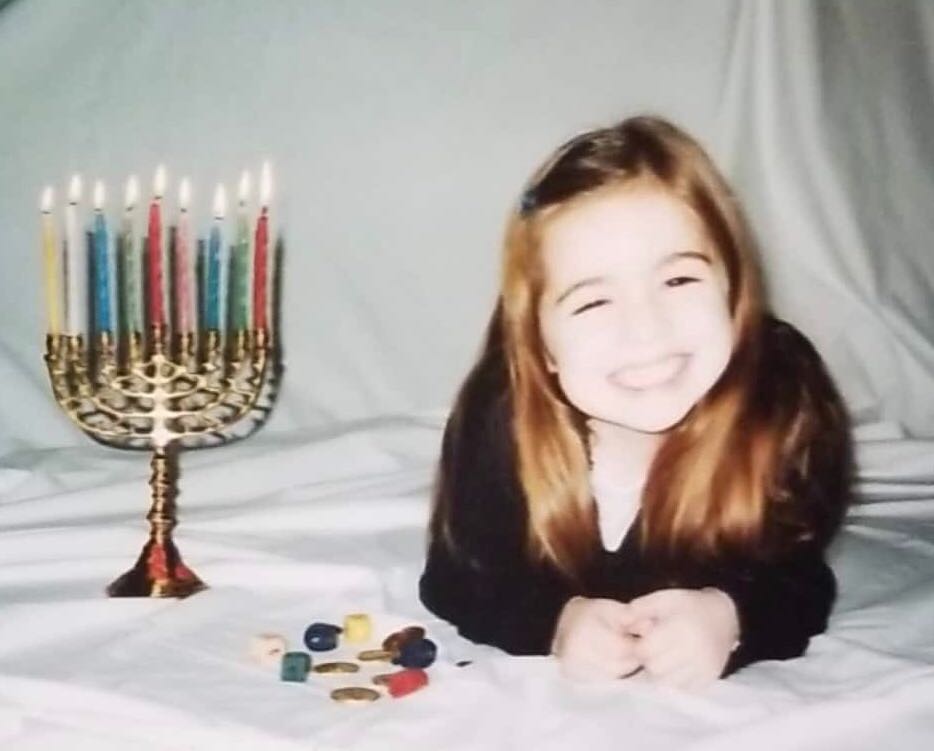 Some called themselves “interfaith children.” Others referred to themselves as “half-Christian, half-Jew.” I, wanting to intrigue my third grade classmates and prompt questions about the nine days of presents I receive each December, was a self-proclaimed “Cashew.” The short, familiar word had a zing to it that, shockingly, “interfaith child” lacked.

My father is Jewish and my mother is Christian. So, each December I celebrate Hanukkah and Christmas. My childhood home featured a gold menorah sitting on a piece of foil surrounded by garland. We also had a Christmas tree sporting a blue clay dreidel ornament. Our holiday cards were winter themed and read “Happy Holidays,” and I sat on Santa’s lap and told him what I wanted for Hanukkah and Christmas.

Growing up, I liked being both Jewish and Christian. I grew up in a predominantly Christian community, making my cousins the only other “Cashews” that I knew. I was proud of being Jewish — it made me unique, even if only part of me was.

I wanted everyone to know I was half-Christian and half-Jewish. I brought a box of matzo and butter to my first-grade class when we learned about Judaism. And, when my dad introduced me to Adam Sandler’s “The Hanukkah Song,” I memorized the lyrics and thought about reciting them for the school’s talent show. I wasn’t very popular, but I was confident.

It wasn’t until eighth grade that the pride surrounding my multiple religious identities diminished.

As people became more educated and advanced in their own religion, I was constantly faced with criticism: “How can you be both religions?” “When will you choose just one?”

I was less Jewish for not having a bat mitzvah when I turned 13, and less Christian for not regularly going to church or having a favorite Bible verse. For once proudly identifying as a “Cashew,” I felt embarrassed that I only knew half the information about each religion. I was a mutt.

When I did receive criticism, I turned to the “well, at least I get nine days of presents!” line. It didn’t change the way I felt, but it did quickly silence the critics.

I’ve since put more time and energy into learning about each –– even going so far as to claim my Birthright trip this past summer. Now, as a senior college student, I’m more confident in my identity with both religions. When I do receive criticism, I can defend myself proudly and prove that I know just as much about each religion as they do. But, I don’t feel pressure to explain myself to my peers, because I know who, or what, I am. I can move beyond the amount of days I receive presents and instead focus on the privilege it is to fit into two communities.

As I count down the days to Christmas and Hanukkah, my Spotify playlist shuffles from Brenda Lee’s “Rockin’ Around the Christmas Tree” to Adam Sandler’s “The Hanukkah Song.” Years ago, I’d find comfort in knowing my earbuds trapped the music from the outside world — two tiny pieces of plastic prevented my peers from questioning my allegiance to each religion. Now, I patiently wait for someone to ask what I’m listening to.