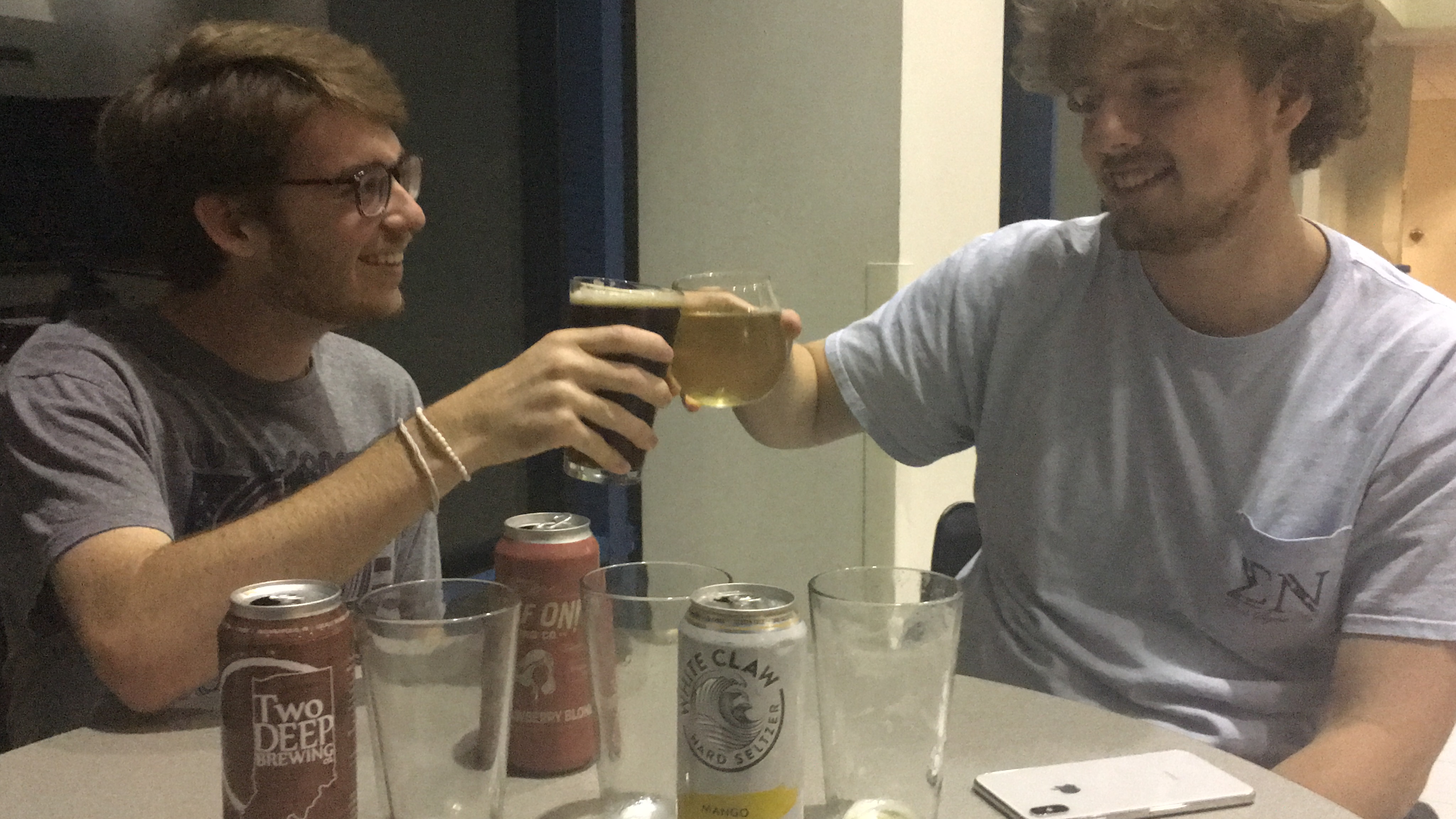 What is the quintessential college experience? For some, it’s the excitement of game day, everyone dressed in school colors, pulsing with team spirit; for others, it’s getting to hang out with friends you become closer with than your own family, late nights and innumerable, indescribable memories shared between life-long confidants. For us, apparently, it’s drinking in a underclassmen dorm.

On Sept. 12, we, as the editors of The Butler Collegian’s Opinion section, entered the doors of ResCo with one express purpose in mind: to perform an act of heroic journalism by taste-testing ResCo’s new alcohol selection, all while being the oldest and most fortified students in the building.

When we found out that ResCo would be serving alcohol starting this year, we — undoubtedly like many other students — experienced a torrent of emotions: idle curiosity, yes; undeniably a  little concern; and underlying all of it, an insatiable desire to experience the dark energy of sanctioned drinking in a college dorm.

We — along with the two of us, we had a cameraman, who did God’s work, and another friend of ours — were the oldest people in the sparsely-populated cafeteria space by a solid two or three years. While we did get more comfortable as our journalistic endeavor went on, it was hard to shake the feeling that we were but lonely travelers passing through a world others inhabited year-round.

Tucked in a little corner of the kitchen, separated from the other food options by a thin metal partition, resides ResCo’s watering hole. Flanked by a huge fridge stocked with cans and bottles and a counter with the draught options, the bartenders who helped us were incredibly nice and helpful. Above all, though, they were patient as we stood basking in the glow of the expansive offering of choices, offering suggestions and conversation as we made our decisions.

To fully abide by journalistic ethics, we each tried a couple of different beers, including some Indiana selections such as Sun King and Quaff ON!. Andres also sampled what appeared to be a French-imported white wine; we took the task at hand very seriously and wanted to make sure we engaged with the experience as thoroughly as we could.

To drink in ResCo is to experience the antithesis to the bar scene. If you dislike the crowds at Landsharks, thick like molasses, there were only maybe 10 other people in the whole cafeteria throughout the two hours we spent there. If the roaring hum of too many people shoved into Brothers, increasingly unaware of their rising volume the more Long Island Iced Teas they swallow down, ResCo is nearly dead silent, devoid of even a light ambient soundtrack.

We wish we could give a concrete rating, a definitive review that states whether we enjoyed the experience or not. But, like most of the major philosophical questions of our time, the answer isn’t black or white; we both enjoyed it and felt out of place. Is spending Thirsty Thursday at ResCo worth it? It’s hard to say, but as we ended our experience and stepped out into the inky night, we could feel the world spinning just a little faster.