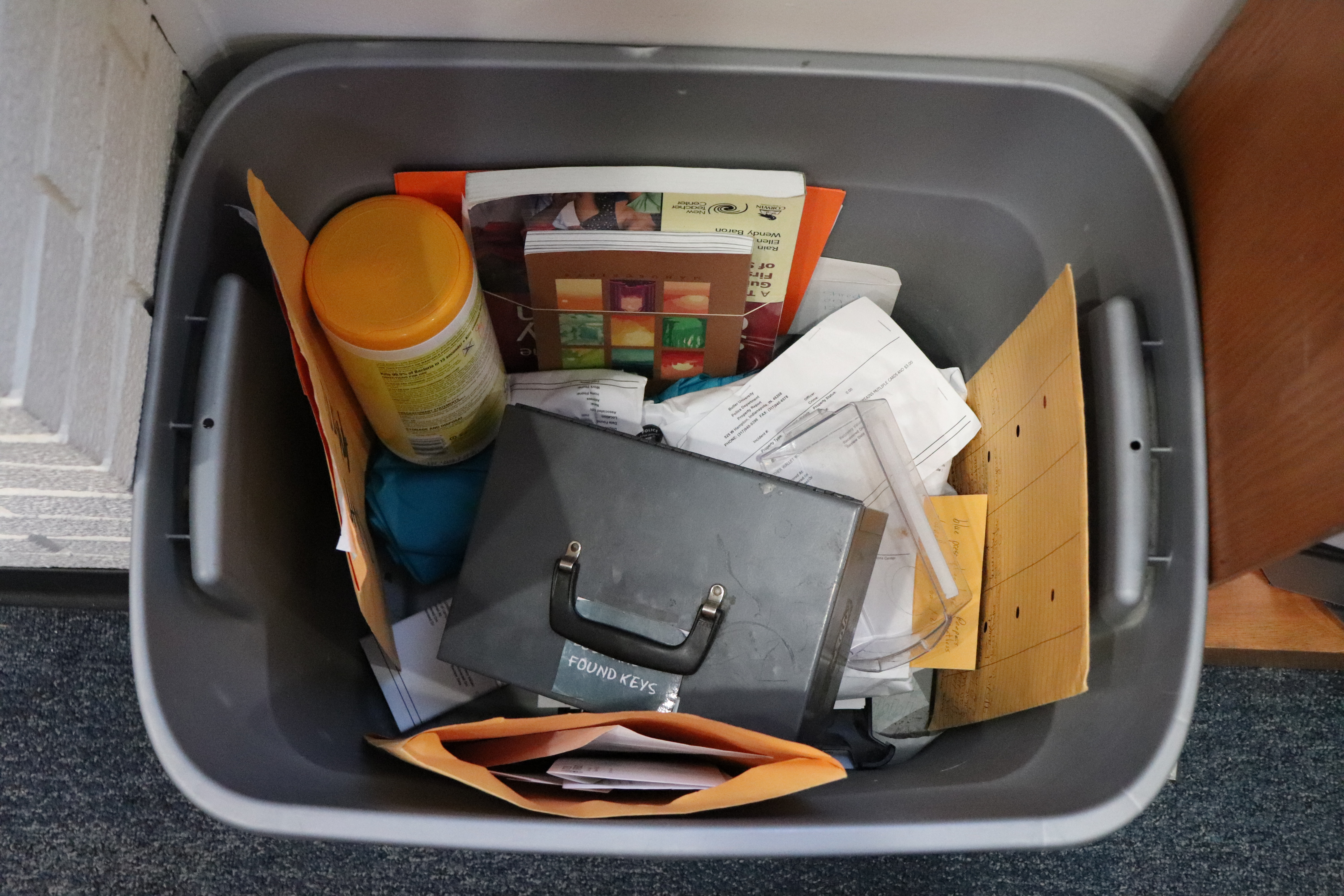 BUPD has a lost and found service. Photo by Ben Caylor.

Kate Callihan, a sophomore sports media major, had a gut wrenching moment earlier this week when she lost her purse.

“I left it in the CVS just outside of campus but by the time I had realized, it was too late,” Callihan said. “Luckily some kind person found it and called BUPD. They drove all the way over to collect it. I am so grateful; they’ve been brilliant.”

Students like Callihan have been reunited with their belongings by Butler University Police Department’s lost-and-found service. It is open 24/7, so there is always somebody there to help sift through the lost items.

Anthony Rivera, assistant chief of operations for BUPD, is the lead officer on the lost-and-found service.

“From jewelry to bags to locked wooden chests — you name it, we’ve had it in lost and found,” Rivera said.

He stressed that people should email, call or visit as soon as they realize something is missing.

Rivera said it is great to see the amount of students who selflessly hand items in. He is particularly proud, though, of the charity element of the lost and found.

Unclaimed items are not wasted or thrown away, but instead are donated. The items go to Thrifty Threads, a salvation store that raises money for the Julian Center. The Julian Center is an Indianapolis organization that supports survivors of domestic abuse and sexual assault.

Olivia Salzman, records and communications coordinator at BUPD, wants the lost and found to gain more prominence across campus.

“Many students seem unaware of the service that we offer,” Salzman said. “If you find something, please bring it here [BUPD office], and if you don’t want to or can’t bring it here, we’ll come and get it.”

Those who have lost items can visit BUPD to search through the lost and found or call at 317-940-BUPD.