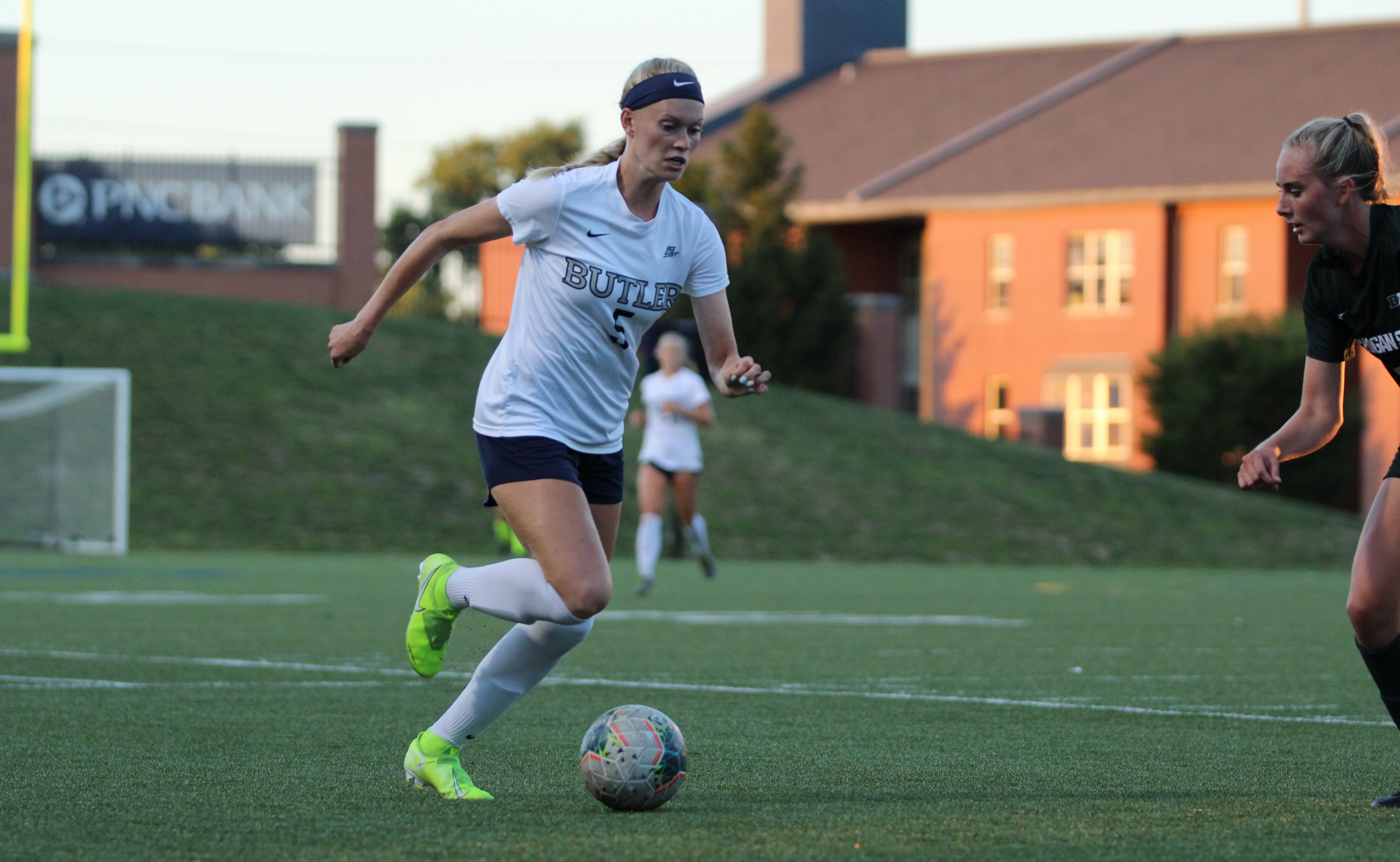 Amanda Kowalski in action during Butler’s 3-0 win over Michigan State on Sept. 5. Kowalski scored her first goal of the season during the Bulldogs’ loss to Milwaukee. Chandler Hart/Collegian file photo.

The Butler women’s soccer team moved to 4-2 on the season as they fell 3-2 to Wisconsin-Milwaukee on the road on Sept. 8. Gaby Schwartz’s goal in the 89th minute sealed a win for the Panthers.

The two teams wasted no time getting settled in during the match. In just the third minute, the score was already tied at 1.

Haley Johnson struck for Milwaukee in the second minute off the first corner kick of the match. Just 68 seconds later, Anja Savich scored her fourth goal of the season for the Bulldogs.

In the 55th minute, the Panthers again scored off a corner kick as Mackenzie Schill gave Milwaukee a 2-1 lead.

Amanda Kowalski found the equalizer for the Bulldogs in the 84rd minute – her first goal of the season.

Shwartz’s golden goal put Milwaukee ahead 3-2 for good just before the end of regulation.

The Bulldogs will take on Illinois on Sept. 12 for their next matchup.