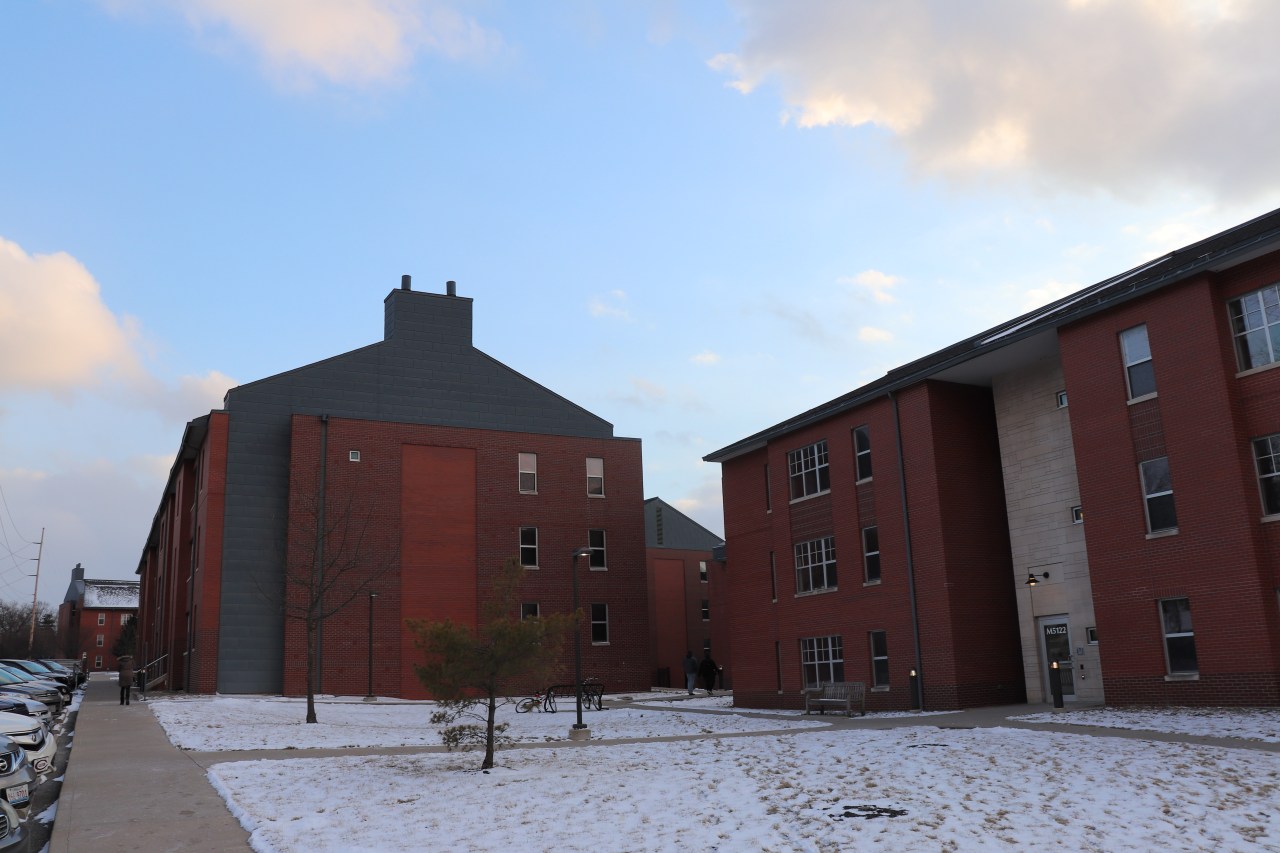 Residence Life hopes to have moved students out of AV by July 21 and into their housing for the next academic year. Photo by Mason Lovett.

Every summer, about 200 students remain on campus to take classes, complete an internship or for a host of other reasons. In past years, these students have lived in ResCo. However, because of infrastructure work in ResCo, students will live in Apartment Village this summer.

Once moved into AV, residents will be charged $260 a week for the housing, plus a one-time $15 hall programming fee. This rate is about $50 cheaper than the weekly cost during a normal semester.

By July 21, Residence Life hopes to have moved students out of AV and into their housing for the next academic year.

Kathy Shellogg, executive director of student living and learning, also cited the availability of a full kitchen in AV as one of the main reasons for the change from ResCo. Shellogg noted that it is not yet clear what dining options students will have on campus for the summer as Bon Appetit settles into its new role as dining service provider.

“Apartment Village, which has full kitchens and will have furniture coming in June, just made sense for all of us,” Shellogg said.

This new furniture coming in June will be moved in over a three-day period while residents are still living in the apartments.

Students taking part in the Butler Summer Institute this year have the option to live in AV. BSI is a program for students to complete a research project or creative work under the guidance of a faculty member over the summer.

Junior chemistry major Courtney Brown is living on campus this summer while she works on research for BSI. Having a place to stay on campus is important to Brown because her hometown is in New Hampshire, making it hard to move her things back and forth between school years.

However, although Brown will have an apartment during the summer, there will still be a two week period between when BSI ends and when she is allowed to move into her Butler Terrace apartment for next year.

This means that Brown will need to find another place to store her things during that period. In previous years, students have had the option to store their things in ResCo over the summer. However, because of the work being done in ResCo this summer, it is no longer an option. Brown says she was told about this change just days before housing contracts needed to be signed for next year.

“The whole thing was a big mess,” Brown said.

Another option for students staying in Indianapolis over the summer is subleasing off-campus housing from other students. Many students living in off-campus houses for the next school year will have the option to move in as early as this May. However, many do not actually move in until August.

For this reason, students are often allowed to sublease rooms in their houses in order to fill up all of the available spaces.

Pete Loomis, owner of Butler Property Management, said he works to connect students in need of summer housing with students looking to sublease.

Loomis also underscored the importance of planning ahead of time and finding a good group to live with when looking for someone to sublease from.

“My first recommendation is to check with friends in the same social groups that you are in,” Loomis said. “The worst situation is when people move in and it just doesn’t work right. We’re not set up to become roommate counselors.”

If that doesn’t work, Loomis said students in need of summer housing often request to be put in contact with any of their residents who are interested in subletting a room.

Macy Gates, a sophomore strategic communication major, plans on subleasing a room from members of her sorority so she can intern in Indianapolis for this summer. Gates highlighted that getting an internship can be difficult for students in certain areas.

“I know people that live in Chicago and it’s easy for them to get an internship there because that’s just home,” Gates said.

Gates felt that subleasing was a smart way to give younger students a way to live in Indy where there might be more internship opportunities than in their hometowns.

Applications for summer housing on campus can be found under the residence life section of Butler’s website.