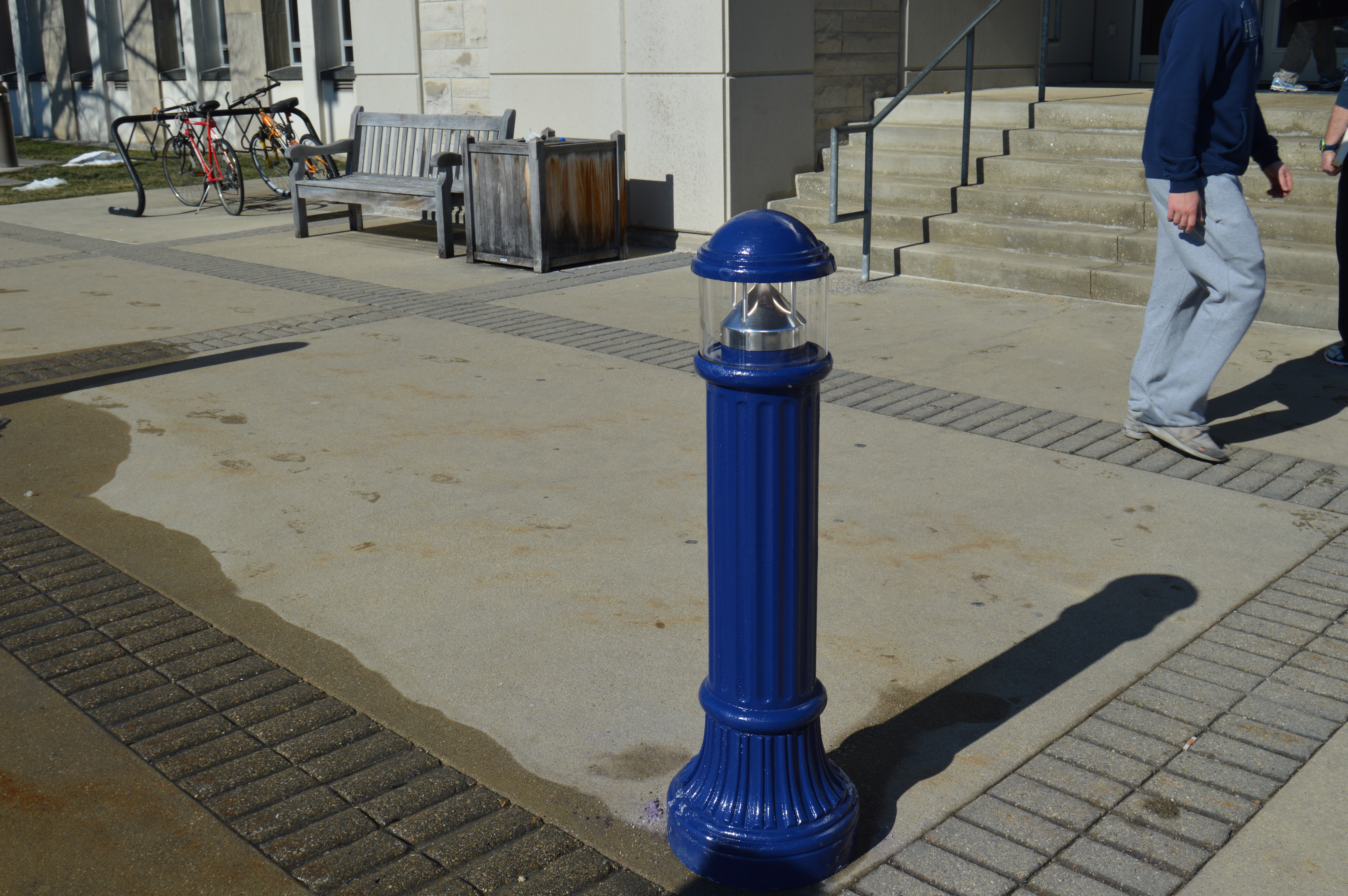 The new LED lamp post outside Lilly Hall. The lamp post is the beginning of an overall effort to improve campus lighting. Photo by Regan Koster.

A new LED lamp post has been installed outside of Lilly Hall in efforts to improve campus safety. This installation is the beginning of an overall campus lighting plan to upgrade the existing light fixtures.

The plan involves replacing the oldest, least efficient lights on campus with newer LED fixtures that do not fade in brightness over time. Currently, the new lights are set to be installed in the area spanning from the West Mall to east of the Norris Plaza, towards Lilly Hall.

“We do campus walks with SGA twice a year and look at areas that are dark and unsafe to decide what needs improved,” Pat Keller, the lighting project manager, said.

The next area to receive upgraded lighting has yet to be determined, but the project team is considering placing new fixtures in front of Hinkle Fieldhouse and on the corner of Sunset Avenue and Hampton Drive.

The lighting fixtures are a part of an approach to campus safety known as CPTED — Crime Prevention Through Environmental Design. This method of deterring crime focuses on creating an environment that is uncomfortable and undesirable for criminals.

The CPTED approach also involves landscaping campus in a way that makes it difficult for a criminal to hide. Low-hanging tree limbs are removed and shrubs are trimmed to a height of 2 to 3 feet in order to minimize potential hiding spots.

“It’s a combination of the lighting and landscaping that is making this campus a safe environment,” Michael Grimes, a BUPD officer and CPTED practitioner, said. “The lighting is set up in a way that makes the environment best for the typical people on campus.”

The current lamp post outside of Lilly Hall is a sample model from the lighting vendor. If it receives good feedback, then the lighting project team will proceed to use the same model in different areas of the campus.

Students who frequently walk to and from Lilly Hall in the dark are in favor of the efforts to increase the amount of light in the area.

“I normally have rehearsal that runs as late as 9 or 10 p.m., and though I walk with my friends in a big group, I still don’t feel safe. ” Katie Ripley, a first-year dance performance and statistics major, said. “More light would make me and many others feel safer.”

Fortunately, the BUPD officers do not receive many calls during the late shift, which they attribute to the combination of everything being done to create a safe environment.

“If you ever see something that doesn’t look right, please call,” Grimes said. “We’d rather be safe than sorry.”