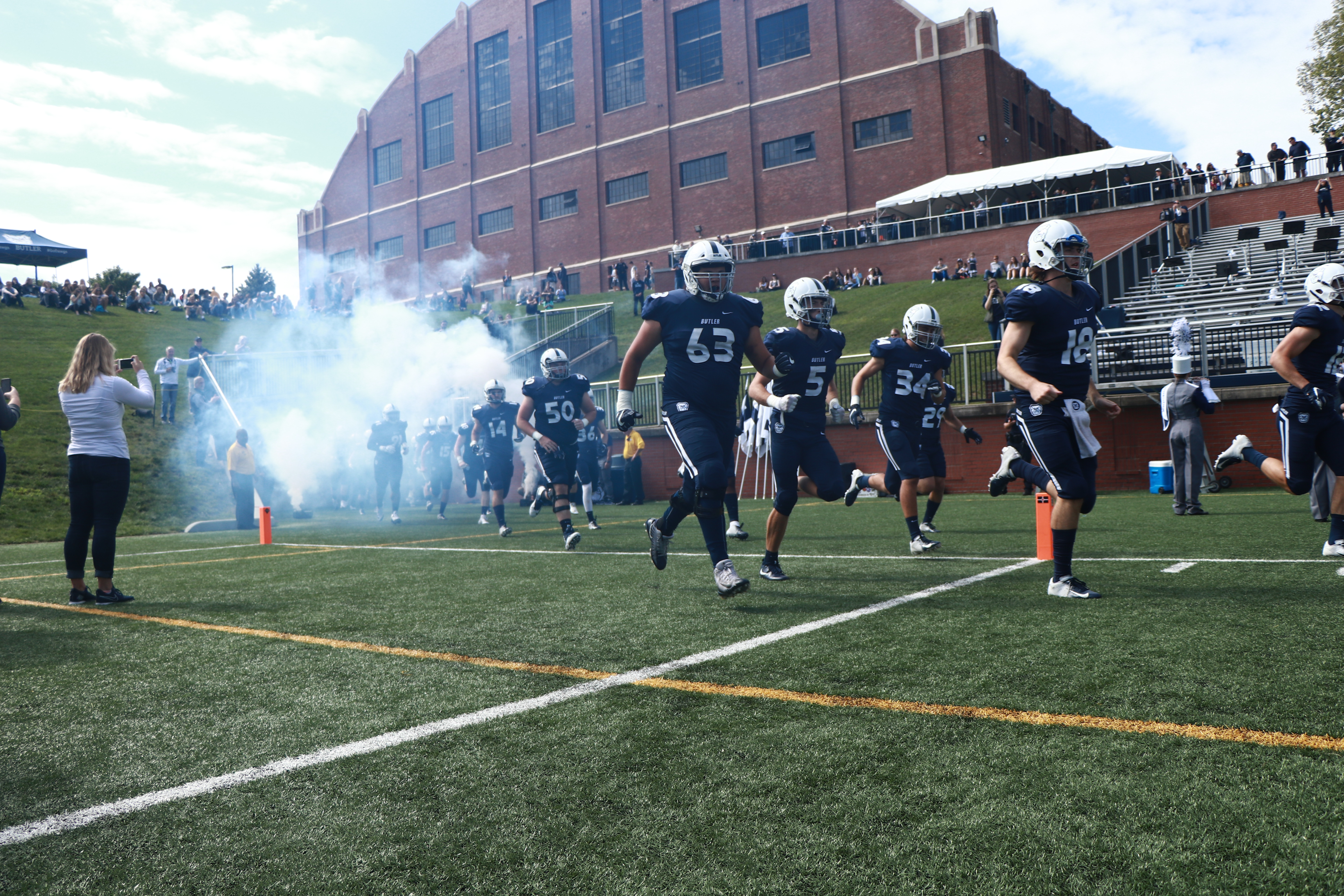 The Butler football team takes the field before a game at the Sellick Bowl. The Bulldogs dropped their fifth game in a row on Nov. 3. Jimmy Lafakis/Collegian file photo.

Butler University’s football team lost a heartbreaker to Jacksonville on Nov. 3 by a score of 48-44.

The Bulldogs once again started slow, going down 14-0 after two Jacksonville touchdowns sandwiched a Butler punt.

Temple caught 12 passes for 196 yards in the game.

Senior quarterback Will Marty’s one-yard touchdown run, set up by a 29-yard Temple reception, brought the Bulldogs to within a point.

After trading punts and then trading touchdowns back and forth twice, Butler was down a point at halftime.

The touchdowns came off a 3-yard Marty rush and a 5-yard Temple reception.

Butler had possession only twice in the third quarter, ending in a three-and-out and a field goal.

A Jacksonville touchdown in between put the Bulldogs down 35-30 heading into the final quarter.

A 52-yard touchdown catch senior wide receiver Thomas Baldwin put Butler in front early in the fourth. A missed two-point conversion left the Bulldogs up by one.

Jacksonville ran a 52-yard touchdown of their own in, which put the Dolphins up five after their own missed two-point conversion.

Butler needed a stop but couldn’t get one and let Jacksonville drive 12 plays and 48 yards to score with four seconds remaining to put them up by four points. The Dolphins converted a fourth down early on in the drive that kept them alive.

Butler’s attempt at a laterals play did not succeed and the Bulldogs fell for the fifth consecutive week.

The loss takes Butler to 3-6 overall and 1-5 in conference.

The Bulldogs will host Stetson in their final home game of the season on Nov. 10.