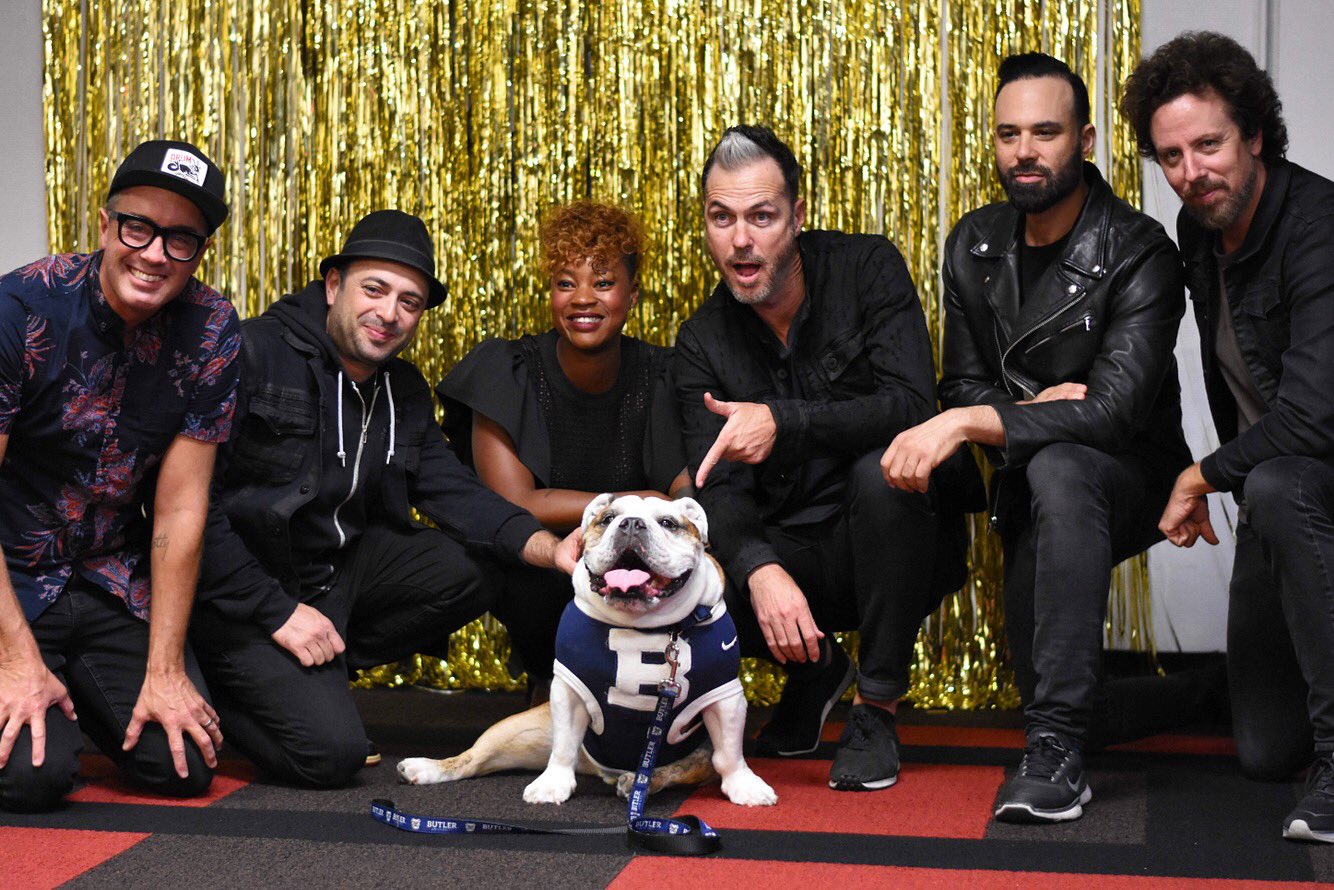 Fitz and the Tantrums pose with Trip before their Butlerpalooza performance. Photo courtesy of SGA’s twitter.

Fitz and the Tantrums sure did know how to make Butler students’ hands clap on Saturday night in Clowes Memorial Hall.

For only $10 a ticket, Butler students were able to see the popular American indie pop and neo soul band, Fitz and the Tantrums. The group is known for their multiple hits that have even reached No. 1 on the Billboard Alternative songs chart. No.1 songs include “The Walker” and  “Out of my League.” Other popular songs from this group are “Hand Clap” and “Fools Gold.”

In past Butlerpaloozas, headliners have been more pop. Many students were excited to see a less mainstream group this year.

Megan Leaman, a first-year biology major, decided to attend the event because she is a fan of Fitz and the Tantrums. For Leaman, the fact that the concert was inexpensive and on campus drew her to the event.

“The overall experience was a lot of fun,” she said, “I was very impressed with how good the group sounded live and their overall performance, including a lot of crowd interaction and dancing.”

Leaman was surprised that more students did not attend and said she plans to return next year.

Nate Carpenter, a first-year marketing major, said he also had a great experience. His favorite part was the encore.

“It was a fun end to the show and made the audience really engaged,” Carpenter said.

“The group was engaged with the audience the whole time and really drew everyone in,” Ellis said. “The audience and all of my friends had a really fun time, and I hope more people attend next year because it is a great experience.”

Blake Roberts, a sophomore finance major, said he “enjoyed being able to go to a fun event on campus with all of my friends.”

With another successful Butlerpalooza, many students are already looking forward to attending the event next year. Luckily, a popular group like Fitz and the Tantrums was not out of Butler students’ league.