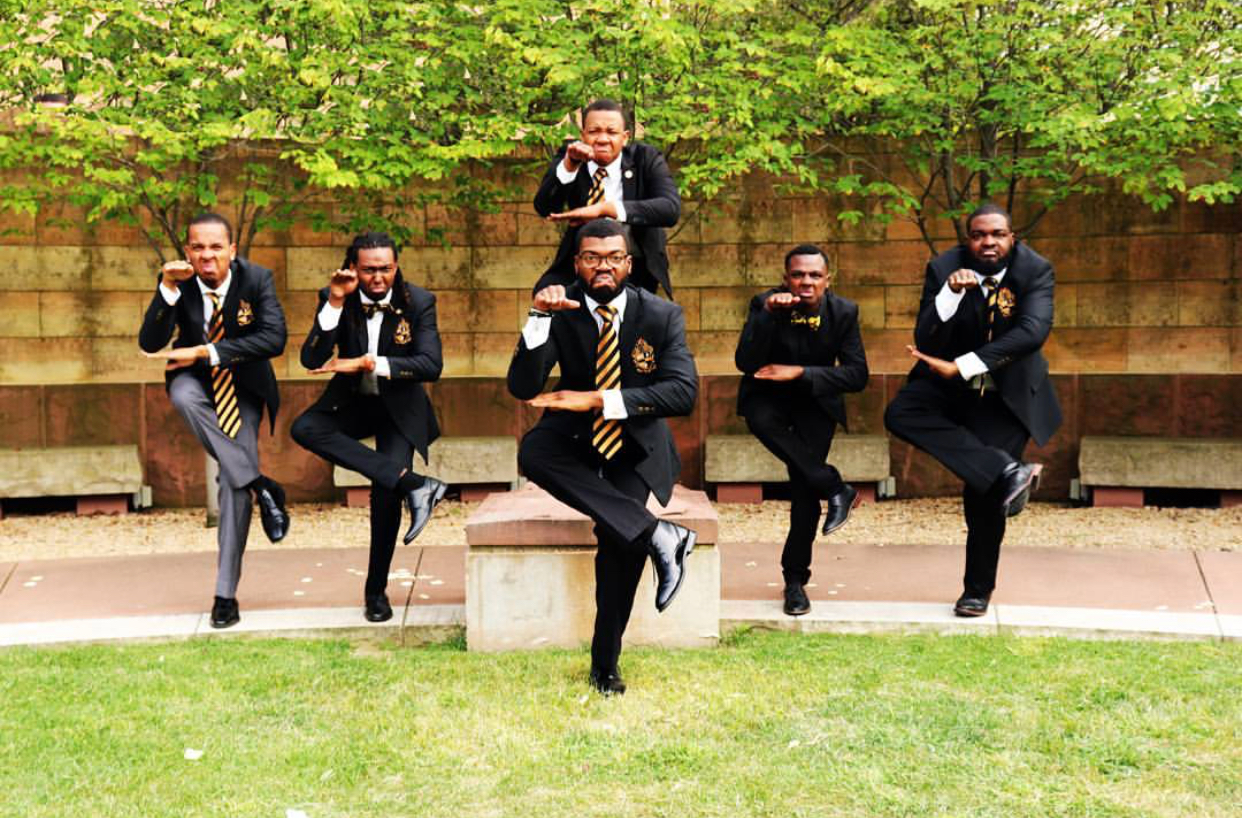 Greek life on Butler University’s campus is attractive to many prospective students. For students already on campus, the organizations provide a means for building relationships, participating in service and actively contributing to the Butler community.

However, the Interfraternity Panhellenic Council is not the only options for students to join Greek life at Butler. The National Pan-Hellenic Council, nine historically black fraternities and sororities, is a community of leaders and achievers in the Butler community.

The NPHC was established in an age when racial segregation and disenfranchisement plagued African Americans. The rise of each of the historically black fraternities and sororities that make up the NPHC bore witness to the fact that, despite hardships, African Americans refused to accede to a status of inferiority.

The nine NPHC organizations are sometimes collectively referred to as the “Divine Nine,” coined by author Lawrence Ross in his book “The Divine Nine: The History of African American Fraternities and Sororities.”

Currently three of the nine NPHC organizations are represented on Butler’s campus and serve on a number of boards and organizations: Alpha Phi Alpha Fraternity, Inc., Delta Sigma Theta Sorority Inc. and Sigma Gamma Rho Sorority, Inc. Today, most NPHC undergraduate chapters in Indianapolis are city-wide chapters, meaning that the chapter is composed of students from more than one university.

Students on campus have had opportunities to work with members of the Butler community who are a part of NPHC or have seen their presence on campus. Sean Thomas is a sophomore accounting major and member of Sigma Chi Fraternity, an IFC fraternity. Thomas thinks very highly of those who are a part of historically black organizations.

“I know that they have a rich tradition in brotherhood, sisterhood and service. The members of these groups are excellent people and I see them as strong leaders that will be successful in the real world,” Thomas said. “I would like to see them more involved in Butler Greek events. I understand Panhel and NPHC are different Greek systems, but it might help them have more of a presence on Butler’s campus.”

Many people are unaware of their presence on campus. Jenna Lebleu is a sophomore strategic communication and marketing major whose first time hearing about these organizations was during her interview.

“I am the wrong person to ask,” Lebleu said. “I literally know nothing about them.”

Sigma Gamma Rho was founded in 1922 at Butler and the organization’s Alpha chapter is also on campus. They have a plaque that students can see when climbing the stairs in Atherton Union. Kayla Long is a member of the sorority and emphasizes the fact Butler’s history as an institution is strongly tied to NPHC community.

Long is a junior triple major in critical communications and media, digital media production and Spanish. She “crossed over” into Sigma Gamma Rho during the spring of 2017 and is now one of three members of the sorority on campus.

“I don’t think people realize the significance of having the Alpha chapter of a sorority on their campus,” Long said. “I became a better person joining Sigma Gamma Rho.”

Long recognizes the need for interested members to educate themselves about the organizations, any organization, to find their best fit.

“You have to do the research, that’s the number one thing,” Long said. “Our slogan is ‘Greater Service, Greater Progress’. Our motto is ‘Sisterhood, Scholarship, Service’. It’s a lifestyle. We encourage anyone interested in Greek life to visit the national and chapter websites to do their research.”

No one Greek organization is fit for every person interested, which is the first step to understanding whether Greek life is right for everyone, and if so who to call your future brothers and/or sisters.

Long came to Butler because she wanted a chance to be her own person, rather than going to Northwestern where her father works. Her father is a member of Omega Psi Phi, another NPHC fraternity. Her decision to join a Sigma Gamma Rho was impacted by the people she surrounded herself with on her first days on Butler’s campus.

“I remember coming into the Dawg Days program, and I remember getting to know a lot of the mentors and seeing that they are amazing people, and I said, ‘Something’s connecting here’, because all these people had morals my parents instilled in me: the service, the being involved and the social awareness they had,” Long said.

Alpha Phi Alpha has two current members on campus, with a third who graduated in the winter. Noah Warfield is a senior pursuing the dual degree program in mechanical engineering and science technology and society, and also the founder of the brand “Power Moves Only.”

His brand was helped spread by his fraternity brothers and friends within the Butler community. The brand is currently spreading their message with the use of the Power Moves Only website and their Instagram account.

“We’re more than just strolling, stepping, and partying,” Warfield said when talking about the misconceptions of NPHCs. “We’re also predominantly not just black, because I have brothers everywhere, from all races and all religions. No hate for anyone interested.”

An aspect of the NPHC community that is highly praised is the level of networking that takes place within the organizations during and after undergraduate study, and the commitment to be active members after four years.

“It allowed for a lot of people to even get a glimpse into what we do and what we stand for and our culture,” Warfield said. “We had a conversation with the girls about how strolling and traditions are sacred and not to be abused.”

This includes understanding the difference between appreciation and appropriation of cultures and traditions, including in Greek life. Many fraternities and sororities nationally have started adapting stepping and strolling as a part of their routines and are not a part of the NPHC community.

Daniel King is a senior international business and Chinese language and culture major who also conveyed to the participants what stepping is and why it’s important that there is respect for the culture and traditions.

“Stepping is a style of movements that stem from a history of African cultural dances that have evolved into what you see today, whereas strolling is more NPHC Greek life-oriented,” King said. “Strolling is more dancing while using moves made by your specific NPHC organization. By doing this event, we are preventing appropriation by creating appreciation through education.”

This includes educating against misconceptions and falsehoods that are often conveyed in the media about NPHCs, stepping and Greek life.

Two Netflix original movies, “Burning Sands” and “Step Sisters,” are causing controversy due to the negative connotations and misrepresentation of black Greek culture.

“Burning Sands” depicts a story of a young black male pledging a black fraternity involving hazing, parties, sex and other endangerment. “Step Sisters” is about a black sorority girl who agrees to teach the art of Greek stepping to a house of party-obsessed white, sorority sisters.

“Don’t watch them, they’re trash,” King said. “If you do watch it, take it with a grain of salt because my experience is nothing like that.”

Ellen Ward is a sophomore human communication and organizational leadership major and a member of Alpha Phi sorority who participated in the “Train like An Alpha” event.

“I’m my opinion, they have a great reputation and all of the members of those organizations that I have met have been wonderful friends and peers, and I don’t think Butler does enough for them. The Alpha chapter of Sigma Gamma Rho is at Butler University and they get little to no recognition or support,” Ward said.

Bintou Doumbia is a junior chemistry major and a member of Delta Sigma Theta sorority, one of two on campus. She believes that Butler needs to do better for the NPHC Greeks on campus.

“I do feel like there is a lack of support for NPHC members because people don’t understand how our organization works,” Doumbia said. “This why I think it is important for us to get an NPHC advisor at Butler that can work with our city-wide chapters. We often get invited to participate in events with Panhel and IFC, but it doesn’t cater to us.”

The conversation about diversity and inclusion on campus and the accessibility and programming for prospective students to historically black Greek organizations has remained in the air.

Becky Druetzler is the director of Greek Life and said the city-wide chapters have a “fairly open arrangement” with the Butler community.

“I don’t think they are better or worse, but they are different,” Druetzler said. “They have different perspectives on what works for them attracting and recruiting members.”

She explains her relationship with IUPUI regarding Greek life and programming. The fact that most of the NPHCs are city-wide chapters call to question more issues with the “Butler Bubble.”

“The ‘Bubble’ can help explain the lack of exposure, especially because students get more tunnel-visioned the more involved they are on campus,” Druetzler said. “Also, the reputation for how selective they are can maybe scare people as well as the fee structure in dues that are unique to each organization.”

“I think that they get scared because they see the word ‘black,’” Doumbia said. “The school needs to stop lying about being diverse and all this progress we’re making”

Monetary support for these organizations is slim because of their non-affiliation with school as city-wide chapters. However, members say that’s exactly what they need from the school to move forward in programming on campus.

“Frankly, Butler needs to put their money where their mouth is,” Daniel King said. “Our membership size on Butler’s campus is due to lack of programming and our organizations are directly attached to the diversity on campus. My organization doesn’t recruit, we attract, but programming is important nevertheless.”

“It’s tough to say that they are doing everything they can do to make NPHCs and people of color comfortable on campus,” he said.

Butler’s efforts to diversify the predominantly white institution is seen through “Butler’s Celebration of Diversity” since 1987 and the increase of various speakers on campus, but for many students it is not enough.

Advocates for these organizations include Frank Ross, vice president of student affairs. Helping where he can, he helps with the students and their organizations’ ability to function on their home campus.

“As a chief student affairs officer, it is important for me that we help any student organization reach its potential and to help remove any barriers to their success,” Ross said. “I want to make sure we provide opportunities for the student body to learn about our organizations and their purpose and to make sure new students find opportunities to engage with these organizations on campus.”

Members of these organizations would like to be seen on campus as equally Greek as any IFC or Panhel member while also engaging the student body.

“Feel free to come to our study tables or do service with us,” Kayla Long said.

Ross said he believes in and can attest to the reputation and legacy these organizations hold.

“NPHC organizations provide amazing opportunities for our students and our entire campus,” Ross said. ”Like any Greek organization, they provide a strong network of support for their members and create a ‘home’ where people learn about themselves and others.