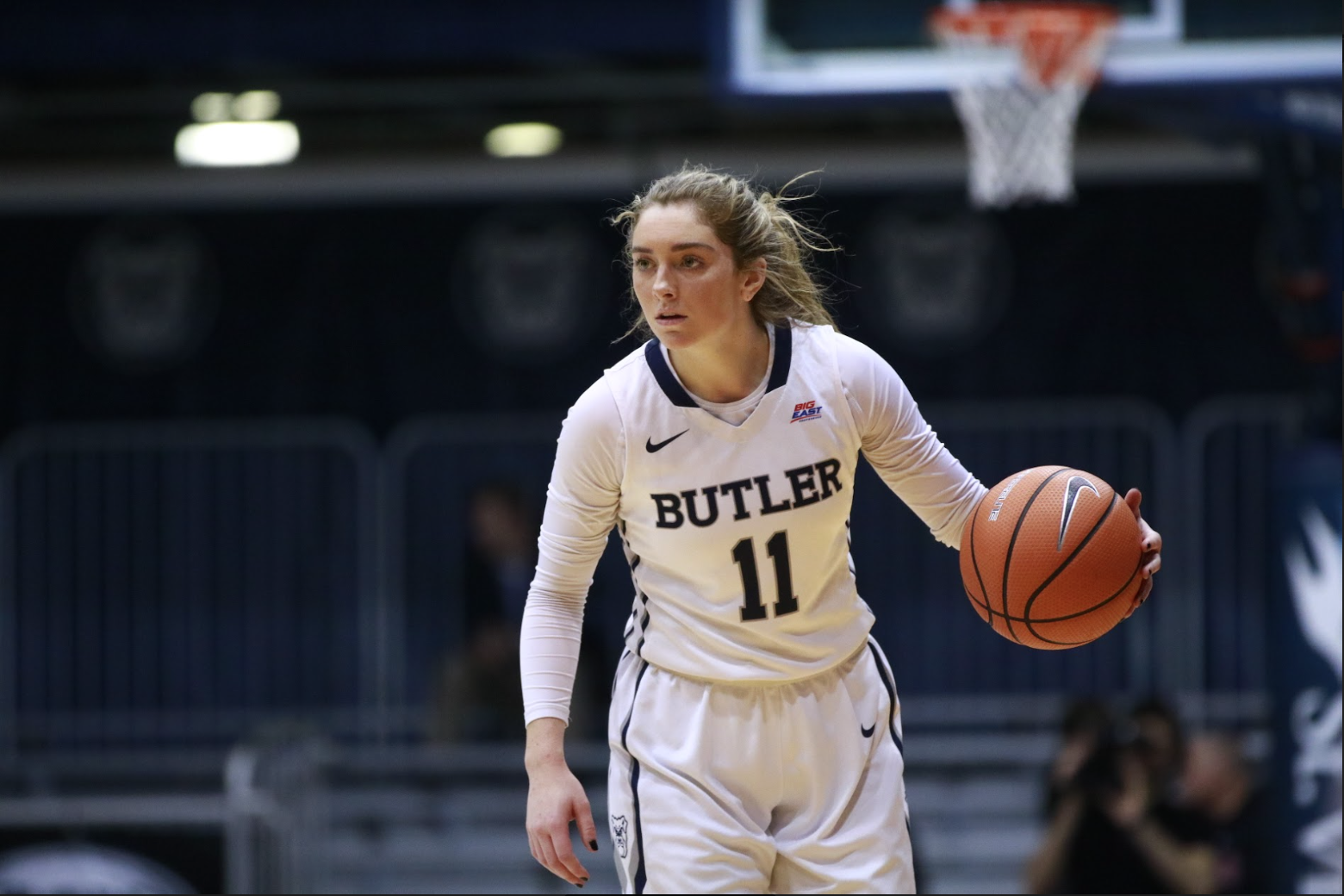 The Butler University women’s basketball team fell to 3-3 in Big East play with a 69-67 buzzer-beater road loss to Marquette University on Jan. 12. The team is now 11-7 overall on the season.

The Bulldogs got off to a solid start against the conference-leading Golden Eagles, maintaining a slim lead through much of the first ten minutes before a Marquette went on a 7-0 scoring run to end the first quarter. The Golden Eagles widened their lead in the second quarter, with Butler trailing by as many as 15 points before closing the gap to ten points at halftime.

Butler would respond in the third quarter, outscoring Marquette 17-13 to bring the deficit to six points. 16 second half points from sophomore guard Kristen Spolyar helped the Bulldogs take the lead early in the fourth quarter, a lead they held for most of the final ten minutes of play.

Spolyar led Butler with a season-high 22 points, including 16 in the second half, and also tallied six rebounds. Schickel finished with 12 points, 13 rebounds, and six assists, while junior guard Michelle Weaver finished with 11 points, one rebound, and three assists.

Kristen Spolyar had a team-high 22 points before fouling out. She hit three 3-pointers in the 4Q pic.twitter.com/QQ47FdrFGw

For the game, the Bulldogs outshot the Golden Eagles from the field 45 to roughly 43 percent. Butler also out-rebounded Marquette 35 to 32.

After two consecutive losses, the Bulldogs will look to get back in the win column at DePaul University on Jan. 14.