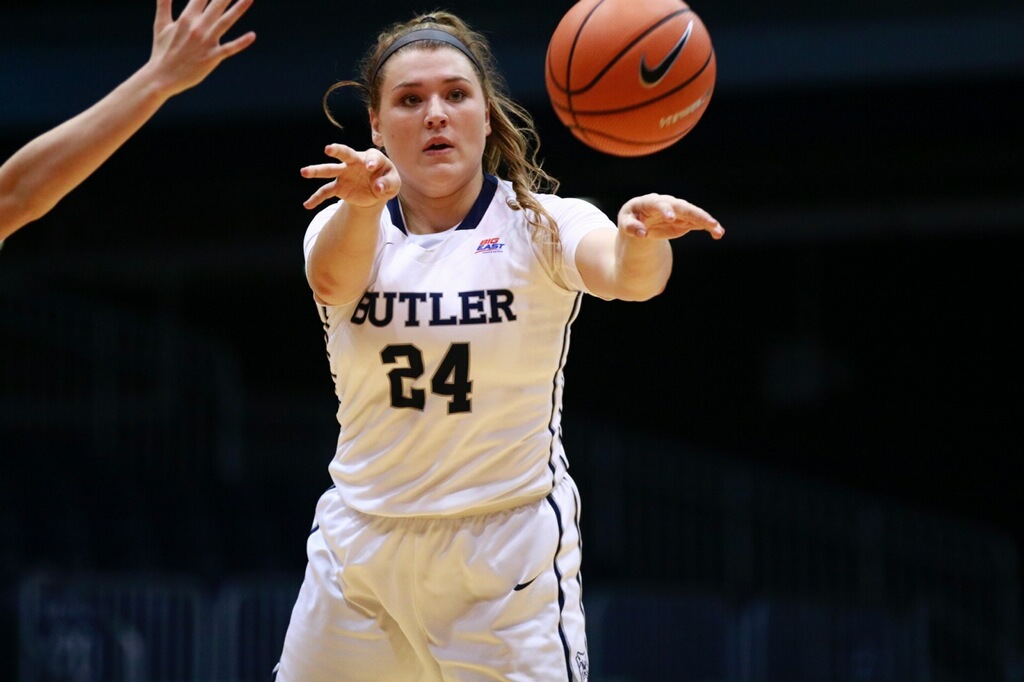 The Butler University women’s basketball team improved to 3-1 in conference play and 11-5 overall for the season with a 66-48 home victory over Seton Hall University on Jan. 7. With the win, the Bulldogs surpassed their number of Big East victories from all of last season.

The first half was a close battle between the two teams, with Butler leading by two points at the end of the first quarter and Seton Hall leading by four at halftime. The Bulldogs’ leading scorers, redshirt junior guard Whitney Jennings and junior center Tori Schickel, struggled to find the basket in the first half, combining to score just five points in the first 20 minutes.

Jennings and Schickel were able to get things going in the second half of play, and contributed to a dominant third quarter in which the Bulldogs outscored the Pirates 22-8. Butler made over two-thirds of its shots in the quarter. The Bulldogs were able to easily hold onto their lead in the final quarter, outscoring the Pirates 18-10.

Jennings puts the Dawgs up 10 with one quarter left to play. #LetsGoDawgs pic.twitter.com/QbQ7CeJVOq

The Bulldogs will return to action at home against St. John’s University on Jan. 10.