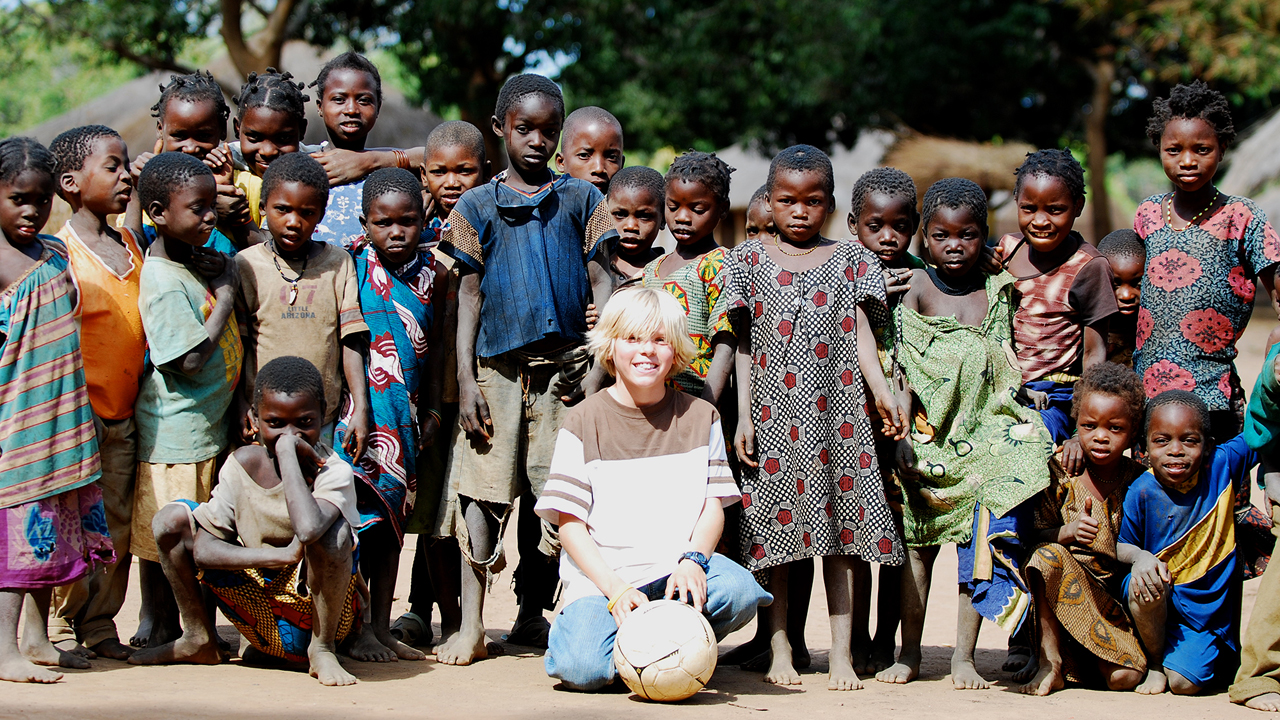 Ethan King’s father organized a team to rehabilitate 15 water wells in the African country Mozambique in 2010. King, who was 10 years old at the time, was invited to come along for the mission trip.

His father wanted someone to come along who was familiar with the villages they would encounter. A couple years prior, King spent third grade living in South Africa, so he already knew a thing or two about African culture and the African soccer experience.

While his dad and the rest of the team had supplies, tools and gloves, King had a different tool: a soccer ball. His job was simply to drop his soccer ball in the middle of each village they visit, and play the game he loves.

“We would stop at villages and I’d put my soccer ball down and there’d be a couple kids playing with me,” King said. “And then five minutes later, I’d have 50 to 75 kids playing with me, it was just crazy. It’s just a huge dust bowl because everything is dirt, it was a really great time.”

The thing that struck King the hardest during that mission trip was the soccer balls that these kids brought with them: garbage bags rolled up into a ball, held together by a few pieces of twine.

“I saw how much they loved the game,” King said. “But they didn’t have the one thing you need to play the game: a real soccer ball. I gave my soccer ball away to the group of kids and that moment was really incredible. The smiles and hugs were amazing.”

That incredible moment led to an organization that has grown bigger than King could have ever imagined.

King, now a freshman forward on the Butler men’s soccer team, became the CEO and founder of an organization he named Charity Ball. Charity Ball is an international non-profit organization with a simple goal: get a fresh, new soccer ball into the hands of every kid in the world.

To get Charity Ball off the ground, King started calling his local soccer shops who were ready to support and he set up tables at his local soccer facilities. His foundation started to pick up momentum around his hometown of Grand Haven, Michigan.

In 2012, the phone rang and ABC Sports was on the other end of the line. They wanted to show a documentary about the foundation at halftime of a MLS soccer game between Real Salt Lake and Chivas.

A project that started as a simple idea, with a website designed by his mom and a small business plan created by his uncle, turned into an organization supported by U.S. Men’s National Team captain Michael Bradley and an organization with a 2017 goal of raising $250,000.

Through this charity, King said he wants to give these kids their chance to have fun and just be a kid. He carries the same sentiment when playing on the Butler men’s soccer team.

“The kid’s not only a great guy, he’s a people person,” senior midfielder Eric Leonard said. “He’s one of the guys that you see on the bench standing up cheering, no matter what’s going on.”

King has had the ability to look at things in a big picture way since he was 10 years old. Global awareness, something that can be hard to appreciate on a daily basis, has been part of King’s life for almost a decade.

Even his college soccer coach is impressed by his maturity.

King holds his organization close to him, but his role in the life of Charity Ball has changed since he moved to Butler to begin his college career. He still makes the calls to big companies, but the day-to-day components are handled by the volunteers and the people that make up the organization.

Children all over the country will contact Charity Ball saying they want to help out with the mission, King said.

Kids will call saying they want to have a Charity Ball birthday where they ask all their guests to bring donations for the charity rather than receiving presents. One girl specifically spent her time in an art class making jewelry that she then sold to raise money for Charity Ball.

A man traveled to Kenya to take soccer balls to a village, but he did not stop there. He created a league for the people in the village and once that soccer league got off the ground, the crime rate in that village decreased.

“When I first started, I was responsible for doing a lot of things myself,” King said. “As it grew it sorta took on a mind of it’s own. It’s really driven by people getting behind it.”

While King has his name connected to Charity Ball, and it has grown into a successful project, King’s main goal has nothing to do with his organization, but rather the mission it’s contributing to.

“It’s incredible to have people support what we are trying to do,” King said. “The thing is, it’s not just me, it’s not just Charity Ball, it’s the mission of trying to help kids and get them soccer balls. The fact that professionals identify with what we are doing is just fantastic. The more we can see things like that happen would just be incredible.”

King’s worldly view does not stop with soccer balls. He can see beyond that brand new soccer ball and understands what it might mean for a kid’s life.

“If you give a kid a soccer ball, it shows them that they matter,” King said. “Especially a new quality soccer ball because everything else they have is old and rundown. It shows them that they matter in this world and it really gives them the opportunity to think beyond their current situation of poverty and they’re allowed to unlock their potential.”