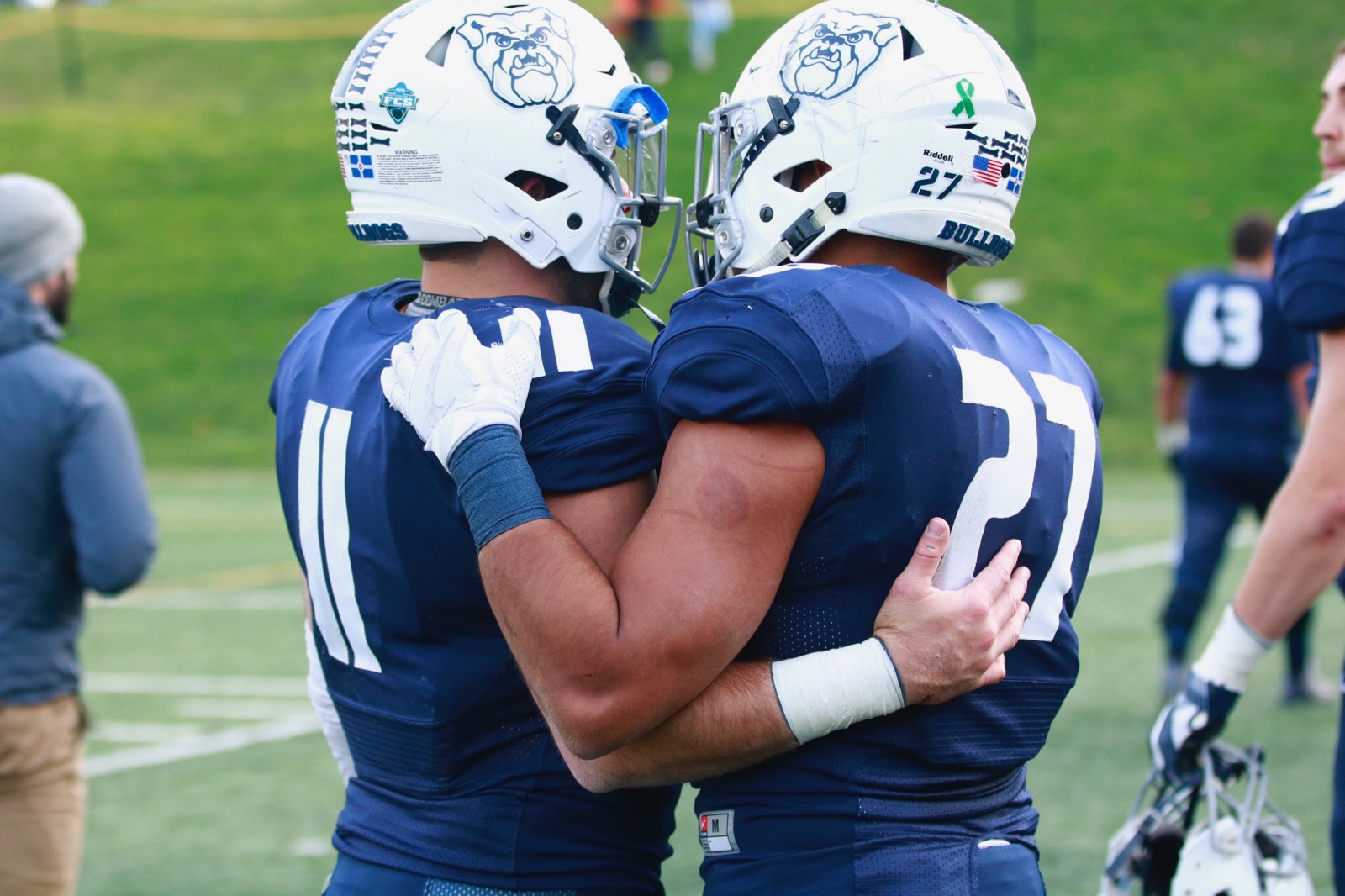 The Butler football team fell to Valparaiso on senior day at the Sellick Bowl, 36-28. The Bulldogs honored 22 seniors before today’s game.

“In January when we started we had some guys [seniors] that really cared about each other and they made relationships down through the team,” head coach Jeff Voris said. “It was a tight-knit group and they worked hard and did all the little things it takes to be successful and they did it the Butler way.”

A look at today’s Senior Day… Thank you, seniors! pic.twitter.com/zf4X8I2bMC

Valparaiso got off to a hot start in the first quarter. After a Butler field goal to begin the game, the Crusaders rattled off 17 unanswered points.

Seewald had himself a day, throwing for 285 yards passing on 18 completions and three touchdowns.

“They are really good on offense,” Voris said. “They had a really good scheme and a quarterback that can distribute the ball. We knew they were going to be tough today.”

Schrader had a strong performance on senior day. The redshirt senior threw for a touchdown and ran for another. He had 70 yards rushing and 23 yards in the air.

After another Valpo score, the Bulldogs answered late in the second quarter on a 3-yard touchdown run from redshirt senior running back Duvante Lane.

In the second half, the Bulldogs could not overcome the deficit. At the end of the third quarter, Butler trailed 30-17.

The Bulldogs scored 11 points in the fourth quarter but trailed by eight points or more the entire quarter. Seniors Sam Schrader and Duvante Lane paired up for the final touchdown of the day for the Dawgs. Sam Schrader found the end zone on a 2-yard QB keeper and Lane ran in the two-point conversion.

Dawgs fall to the Crusaders in the final game of the season. pic.twitter.com/I6f2cYFUer

The Bulldogs finish the season 6-5 overall and 4-4 in Pioneer Football League Play. Butler finished sixth in the final conference standings.