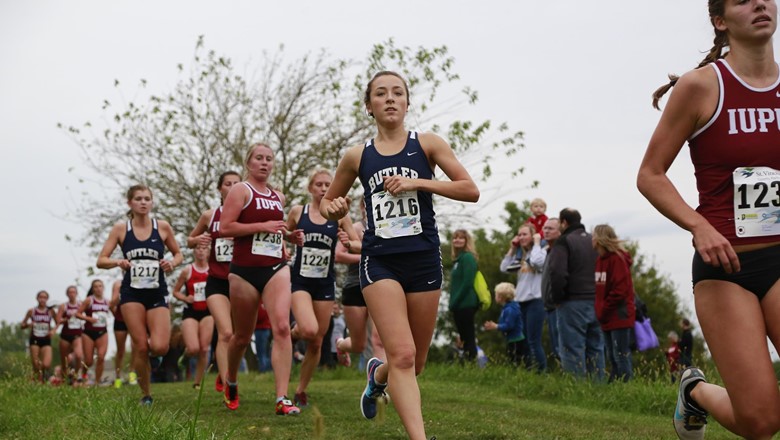 Julia Adams races with some competitors at the Butler Twilight meet earlier this season. Adams finished 47th in the Illini Clasic. Photo courtesy of Butler Athletics.

Butler cross country competed at the Illini Classic in Urbana-Champaign, Illinois. The men’s team finished second among three teams and the women sent four women to compete as individuals.

The men were led by senior Michael Carey who finished 10th with a final time of 26:32.7.

Freshman Blake Roberts finished 22nd finishing the 8k course in 27:38.3. Freshman Kyle Harris followed closely behind finishing in 26th with a time of 28:06.3.

Illinois State won the team event with a score of 19. Michael Ward running unattached won the individual title with a time of 25:28.5.

The Bulldogs head to Kenosha, Wisconsin for the Big East Championships on Oct. 28 for their next event.