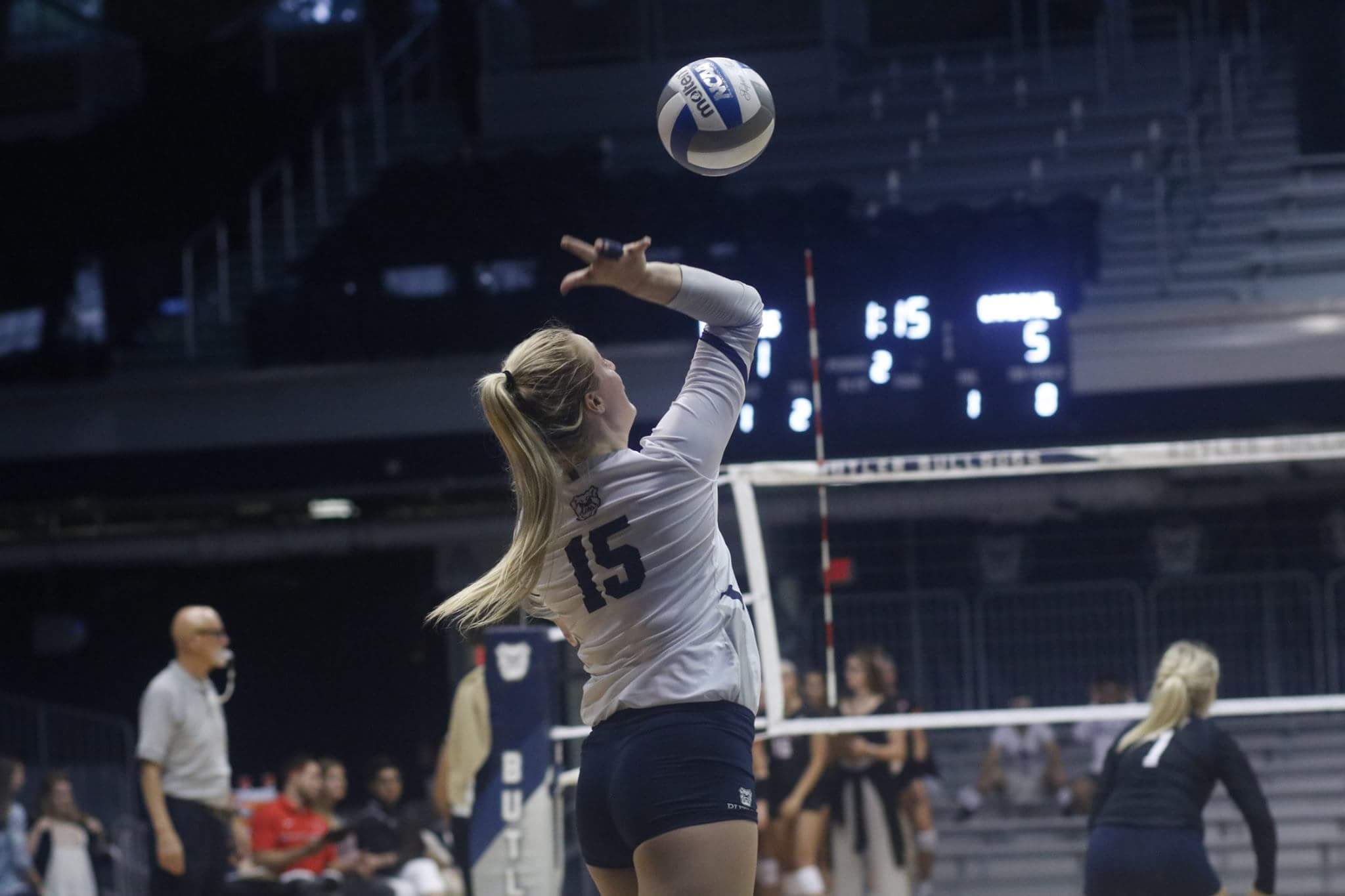 Whitney Beck prepares to serve against Butler’s opponent. The Bulldogs are 2-3 in the Big East after a loss against Villanova on Sept. 30. Collegian file photo.

The Butler University volleyball took a 3-0 loss to Villanova University on Sept. 30. Butler fell to 12-5 (2-3 Big East) with the setback.

“When we try too hard to hit certain shots, we begin to overthink and lose control,” Logan said. “We need to come together better as a team and we’ll win.”

Head coach Sharon Clark said the Bulldogs did not come ready to play.

“It is unfortunate,” Clark said. “We have to learn from it and come ready every night. Fortunately, we get the opportunity to correct it next weekend.”

The final scores of the match were 13-25, 23-25, 19-25. Freshman outside hitter Bri Lilly posted eight kills of her own, trailing only Logan for the team lead.

“We learned that we need to really go back to the fundamentals,” Lilly said. “We need to understand that success comes from the basics.”

The Bulldogs will return home to face Big East foes St. John’s University and Seton Hall University next weekend. First serve against St. John’s is set for 6 p.m. on Friday.