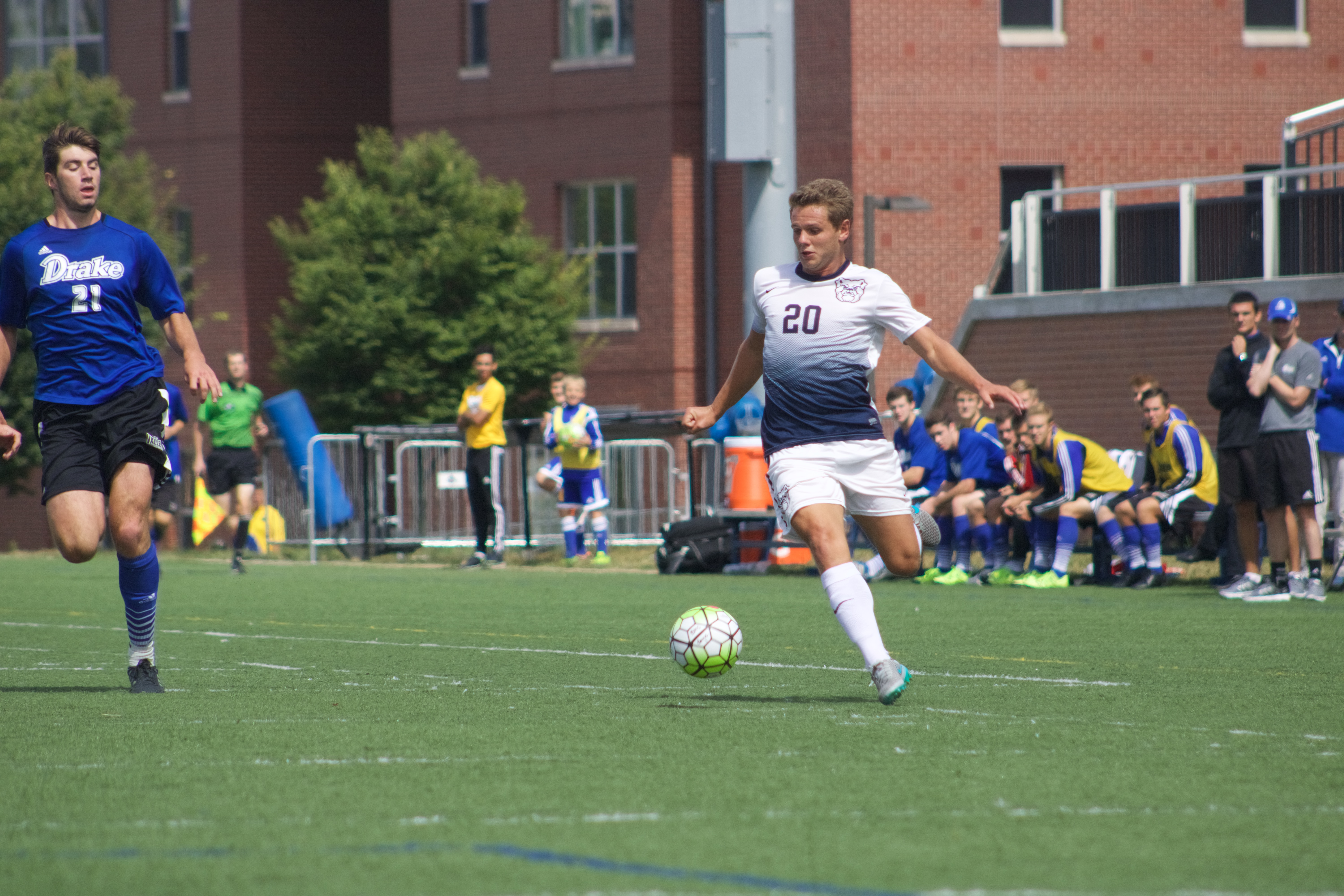 Senior David Goldsmith walked into Hinkle like it was any other soccer game.

But he had to go to the away locker room — something he’d never done before — because this Feb. 26 game was different.

Goldsmith was playing for his new team — the city’s pro team Indy Eleven, which meant playing against his friends on his old team —  the Butler Bulldogs.

“It was really weird, very strange” he said. “Just playing against my friends. It kind of felt like a training game. I had to keep reminding myself it was a real game.”

It was definitely real. Indy Eleven, which competes at the professional level in the North American Soccer League, signed Goldsmith on March 21.

Butler head coach Paul Snape coached Goldsmith throughout his collegiate career and for once, against him.

“It was so ironic,” Snape said. “It was weird, a little surreal. We didn’t have to show the team video of him. I think our players were extra-motivated. I think at that time David wasn’t guaranteed a contract.”

At the time, Goldsmith was not an official member of Indy Eleven. Rather, he was playing in preseason games to showcase his talent and compete for a spot on the roster, which paid off.

During his senior season, Goldsmith led the Bulldogs in points with 28, shots with 85, shots on goal with 41 and game-winning goals with 4, according to butlersports.com.

Goldsmith’s advisor Lisa Farley has been an important part of his collegiate career on and off the field.

“I’m so proud of the way he has performed in academics to go along with athletics,” Farley said. “Any student can take any degree and make it what they want, but David has taken it all the way by just receiving that award. It really shows how hard he worked. I’m really honored to have been able to work so closely with him.”

“I’ve been working towards this for a long time,” he said. “It’s very exciting. I’m looking forward to starting. My whole life I’ve dreamt of becoming a professional fútbol or soccer player.”

After the season ended this year, Goldsmith participated in the Major League Soccer combine and spent two weeks training with the Minnesota United.

He then trained with the Indy Eleven roughly six weeks ago in conjunction with their preseason schedule. Snape brought the two together, knowing how much the Eleven would benefit from an offensive powerhouse like Goldsmith.

“It was the least I can do,” Snape said. “He’s done so much for the soccer program and the university as a whole. I think he’s going to do wonderful things. It’s going to be a great pairing.”

Goldsmith’s next step in his soccer career will be exactly six miles from the Butler Bowl.

“I really like Indianapolis,” he said. “It’s a big soccer city. It has grown since I’ve been here, which is great. All my friends are here, I know a lot of people here. It’s a really great club and they have a really great fan base as well.”

Goldsmith will be eligible to play April 1 in the home opener when the Indy Eleven takes on Puerto Rico FC at Michael A. Carroll Stadium.