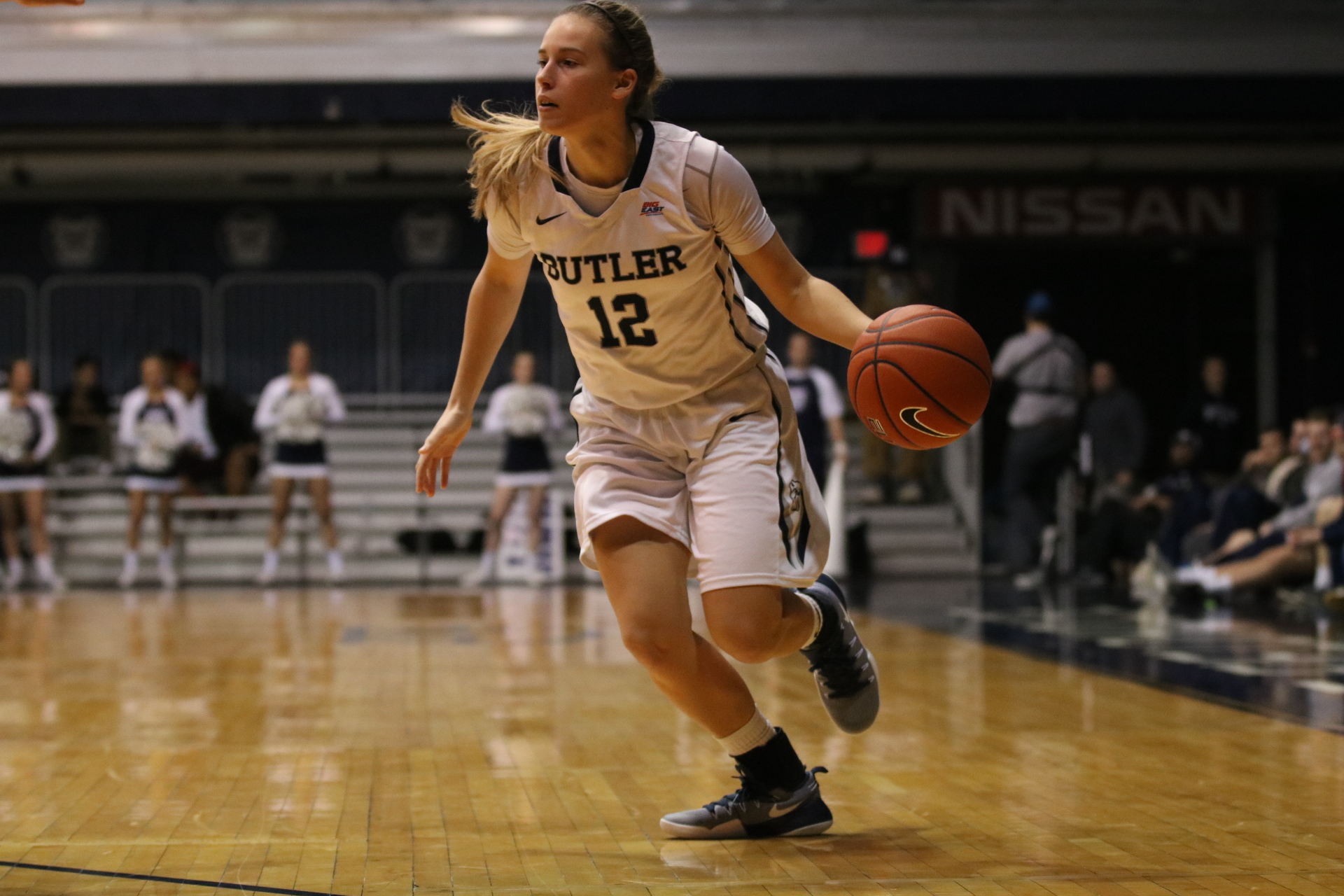 Sydney Buck drives with the ball to her left in a game earlier this year. Collegian file photo.

Butler jumped out to an early lead in the first quarter, but Georgetown answered with a 10-0 run to begin the second quarter. The Hoyas led at the half 28-21, behind Georgetown sophomore Dionna White’s 13 first half points.

The Bulldogs fought back in the third quarter. Butler answered Georgetown with a 10-2 run to end the quarter and take the lead 39-38. Sophomore Tori Schickel was key in the run, scoring half of the points in the run.

The Hoyas began hitting shots early in the fourth, but junior Sydney Buck kept the Bulldogs in the game with back-to-back three pointers and gave the Bulldogs a 47-46 lead with five minutes left.

However, Georgetown answered Buck’s field goals with a 7-0 run to take a six point lead with just over one minute left. The Hoyas took it to the house, hitting three free throws down the stretch to seal the win. The Hoyas hit key shots down the stretch, shooting a solid 46 percent in the final quarter.

Turnovers hurt the Bulldogs throughout the game. Butler turned the ball over 24 times. Georgetown capitalized on the miscues, outscoring the Bulldogs 27-8 off of turnovers in the game.

White led the way for Georgetown, shooting 61 percent from the field and scoring 29 points. Faith Woodard was second in scoring for the Hoyas with 11 points.

Schickel notched her ninth double-double this season with 22 points and 15 rebounds. Buck was second in scoring for the Bulldogs with 18 points, hitting six three-point shots during the game. The rest of the team combined for only 12 points.