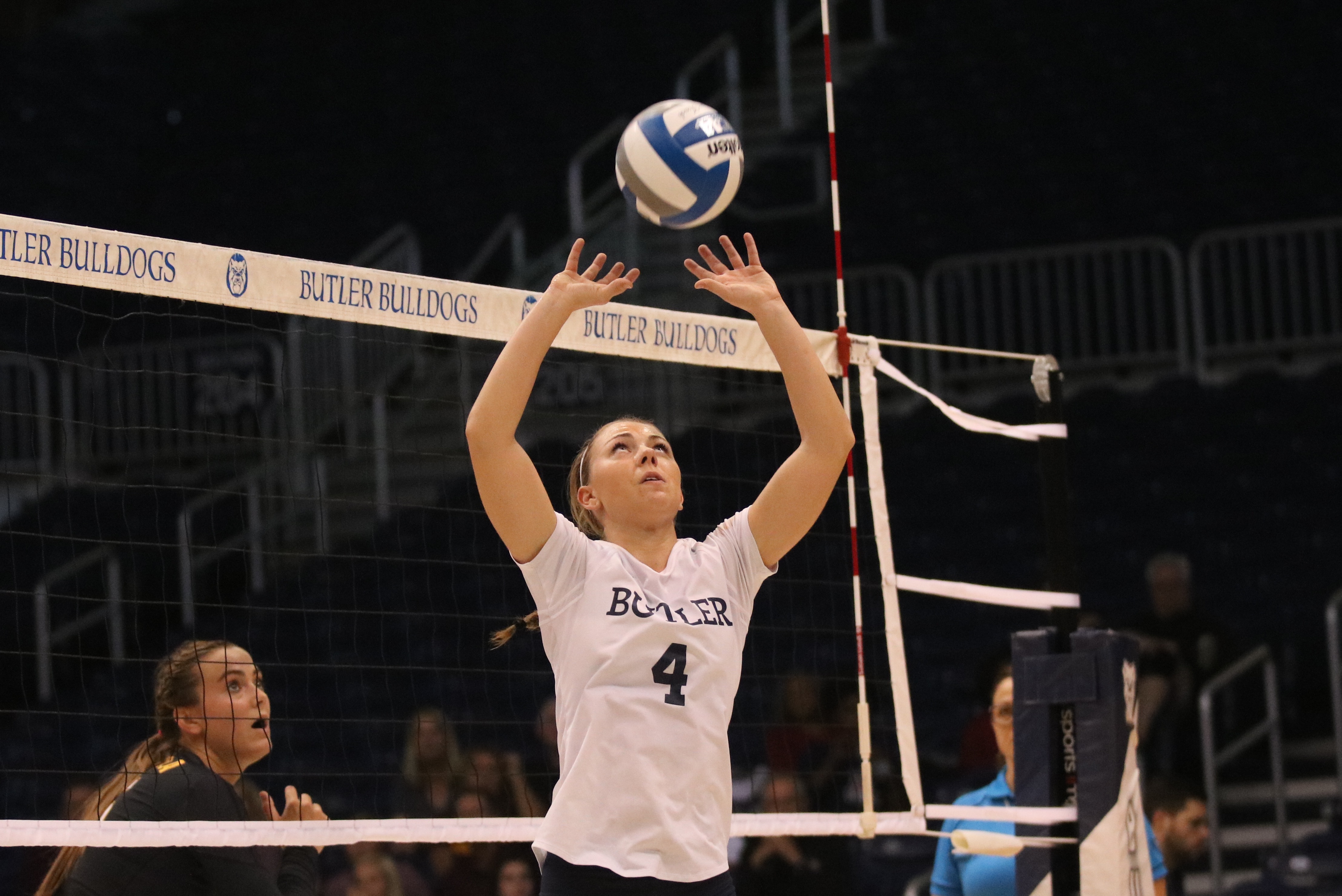 Junior Makayla Ferguson sets the ball during a game at the Butler Invitational. Photo by Jimmy Lafakis.

The Butler University volleyball team dropped their first Big East contest to the Seton Hall Pirates on Sept. 23. Sophomore outside hitter Anna Logan once again led the Bulldogs with 21 kills and nine digs.

“Anything can happen,” she said. “We just have to put our best foot forward. It will take playing every point to our fullest to come out strong with [conference] wins.”

“Defensively, we were great all-around tonight,” she said. “I think we had some really impressive blocking and digging moments. Those were great, but we know we will have to get off to a better start next match.

Butler fell to 11-6 on the season. Head coach Sharon Clark said the Bulldogs will continue to play the same way they always do.

“We will attack the Big East with a lot of gritty play,” she said. “We will continue to fight with fierce competitiveness.”

Butler will return to action on Sept. 24 at 7 p.m. The Bulldogs will square off against the St. John’s Red Storm in New York City.