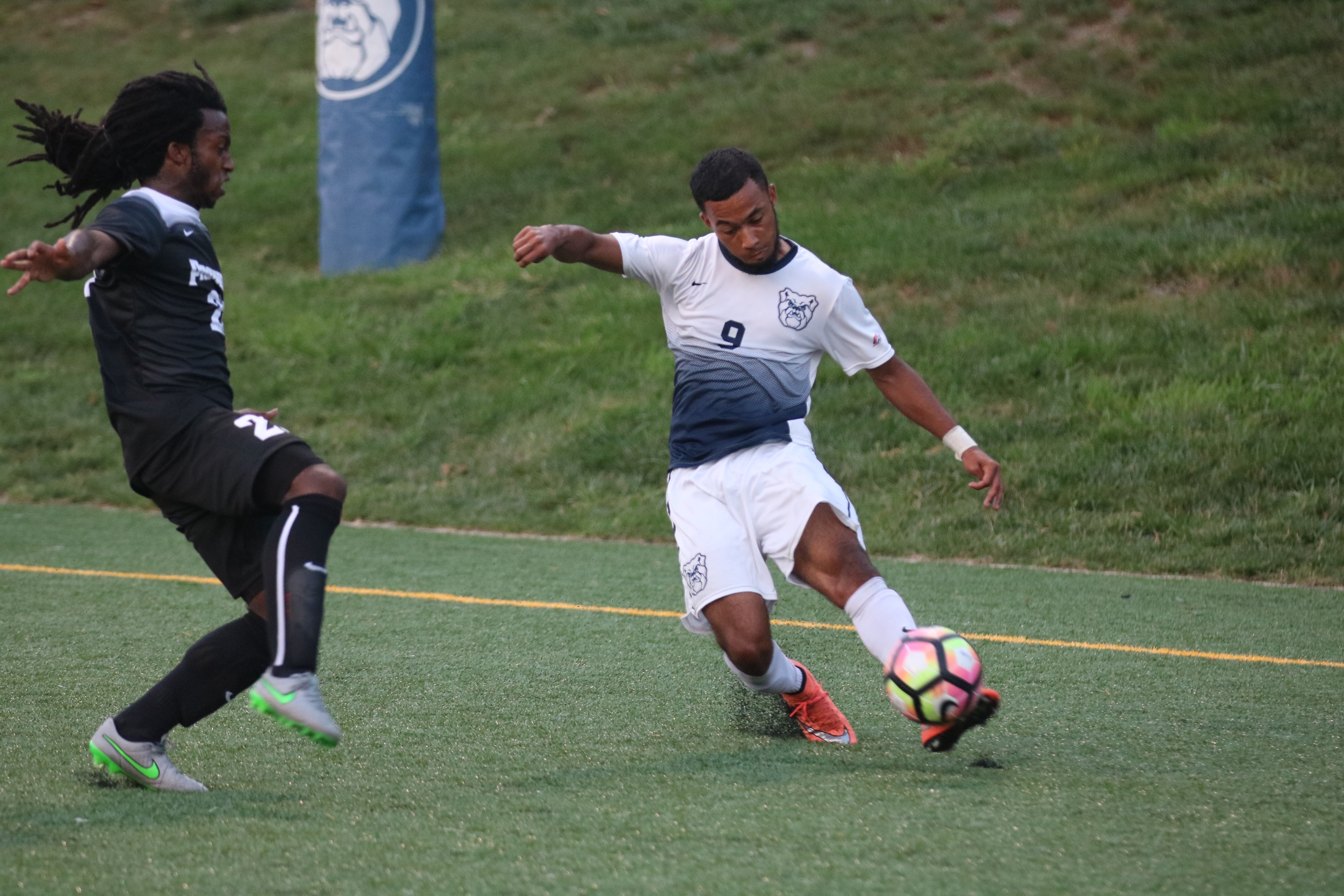 With four minutes left, the Butler men’s soccer team was down two goals against their in-state rival, who happened to be the defending national champs.

It was 2013, and Butler was playing Indiana University. Then first-year star David Goldsmith said he remembers feeling a shot at redeeming the situation.

“I knew that we would always get another chance, that’s just soccer,” Goldsmith said.

After an 86th minute goal by Jordan Burt ‘14, Butler rallied. Two minutes later, Goldsmith tied the game by heading in a cross from teammate Vincent Mitchell. The comeback turned into a victory when Goldsmith squeaked a header past the Indiana goalkeeper in double overtime.

“I knew when we scored the first goal, we would get a chance at a second,” Goldsmith said. “When we scored the equalizer to go into overtime we were on such a high, we had all the momentum. I knew we were meant to win that game.”

Tonight at 7:30, Goldsmith and his No. 7 squad, according to the latest NSCAA poll, will take on No. 6 IU in Bloomington. This yearly matchup has been an attractive game to fans, especially thanks to the 2013 comeback victory, and the 2014 and 2015 dramatic games, which both stretched to double overtime.

Butler head coach Paul Snape said the 2013 IU game had a bigger impact on the team than people realize.

“It was a big win for us,” he said. “Playing against one of the best programs in the country in front of a crowd of 5,000 and coming out with a win gave us that belief we needed.”

That game was nearly three years ago, and the now Goldsmith is ready to capture another victory against the Hoosiers.

“That was probably my favorite game so far and one of the best memories I have made at Butler,” Goldsmith said. “When it first happened, I didn’t really know what we had done. I didn’t know about them being national champions, the rankings, any of it. I just thought of it as any other game, and that’s how I go into any big game.”

Junior midfielder Eric Leonard said despite the recognition in the rankings, Butler is focused on IU.

Since 2002, IU has dominated the matchup against Butler, the record being 3-9-2 in favor of the Hoosiers. Despite IU’s past success, Snape made sure the team is focused on the present.

IU outscored opponents 11-3 in their first nine games, and their senior goalkeeper Colin Webb is atop the leaderboards in save percentage in the Big 10 conference, posting a .889 on the young season.

Snape acknowledged Indiana’s defense, but he knows what his team must do to overcome it.

“They are very quick defensively, we have seen that,” Snape said. “The key is to be concise and make plays in the attack. What we cannot do is go down there and expect it to be a free for all. We have to be composed, play quick and contain their great players and neutralize their threats.”

So far this year, Butler has had no problem scoring goals. They are among the top three schools in the nation in scoring offense, averaging 2.63 goals per game through the first eight games of the season.

The Bulldogs have four players with two or more goals, compared the Hoosier who only have two players with more than one goal. Goldsmith leads Butler’s team with seven goals.

“We have to have confidence in ourselves, and play an all around great game,” Goldsmith said. “We have great momentum that we have built, and we have to use that to come out with a win.”

The Bulldogs look to use their run as motivation for the IU game and beyond.

“We are doing well as a team, we are working hard together,” Leonard said. “Our main goal is to just keep this rhythm we have rolling and get a win.”

This game is the first of a tough upcoming schedule for Butler. After Wednesday’s tilt, they welcome Big East rival Georgetown University to the Butler Bowl and travel to Omaha to take on No. 10 Creighton University.

Butler rounds out their non-conference schedule with a matchup against No. 8 University of Denver who have 8-0-2 record.

If past clashes between the two Hoosier powerhouses have taught the fans anything, it is any time these two teams take the pitch, a great game is in the making.

“We’ve got to go down there, respect them but certainly not fear them, it’s going to be a great game against a great opponent,” Snape said. “We are in a good frame of mind, so we have to continue that. As great of a program that they are, we know our boys can compete against them, and we are going down there to try and beat them.”