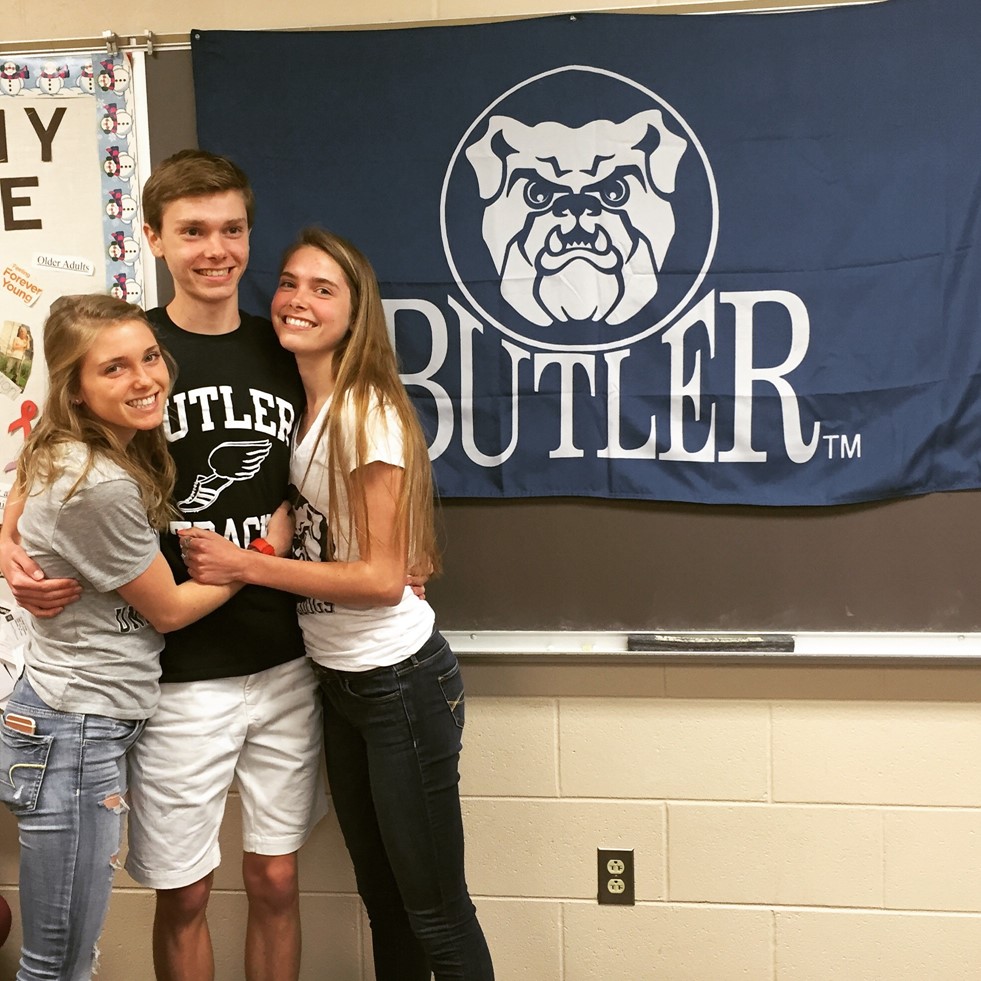 At West Lafayette High School, Lauren, Evan and Kristen ran cross country in the fall and track in the spring. Here at Butler, it will be no different.

The cross country team currently meets six mornings a week at 6:40 a.m. After practice, Lauren, Evan and Kristen go off to classes to pursue degrees in biology, marketing and exploratory studies respectively.

“Running is a lifestyle,” Lauren said. “It takes choices outside of running to be successful in the sport.”

During their senior cross country season, the Johnsons all earned Top 25 All-State performances at their high school state tournament, including a third place performance from Lauren. She also qualified for the Foot Locker Cross Country Nationals in her senior year.

The trio also saw success at the state tournament on the track side.  Lauren earned third place performances in the 1600-meter and 3200-meter. During his junior and senior years, Evan helped snag the gold in the 4x800m relay. Also during his senior year, Evan claimed a third place finish in the 3200m. Kristen also qualified for the state tournament in the 3200m and 4x800m relay.

Although most siblings possess a competitive nature among each other, the Johnson triplets hold a different sort of standard among themselves.

“When it comes to the three of us, we’re more supportive than competitive,” Kristen said. “We really just want the best for each other.”

Despite the lack of competitive nature among them, the driven athlete in each of them comes out while competing during a race.

“We’re definitely competitive when it comes to other people,” Evan said.

Besides having twins on his team more than 10 years ago, head coach Matt Roe has never experienced something quite like this.

“I’m still learning it to be honest,” Roe said. “It’s a new experience and learning curve for sure. I am going to do my very best to treat them as individuals, even though they are family.”

Although Lauren, Evan and Kristen have been working with Roe for a few short weeks, they are confident in his coaching abilities.

“He knows the mental and physical aspects of running,” Kristen said. “He really knows what is best for every individual.”

Although Lauren recently suffered a stress reaction – similar to a stress fracture – in her femur, she will compete in the first big race, the Commodore Classic at Vanderbilt University on Sept. 17. In the meantime, Evan and Kristen will take part in the Butler Invite on Friday.