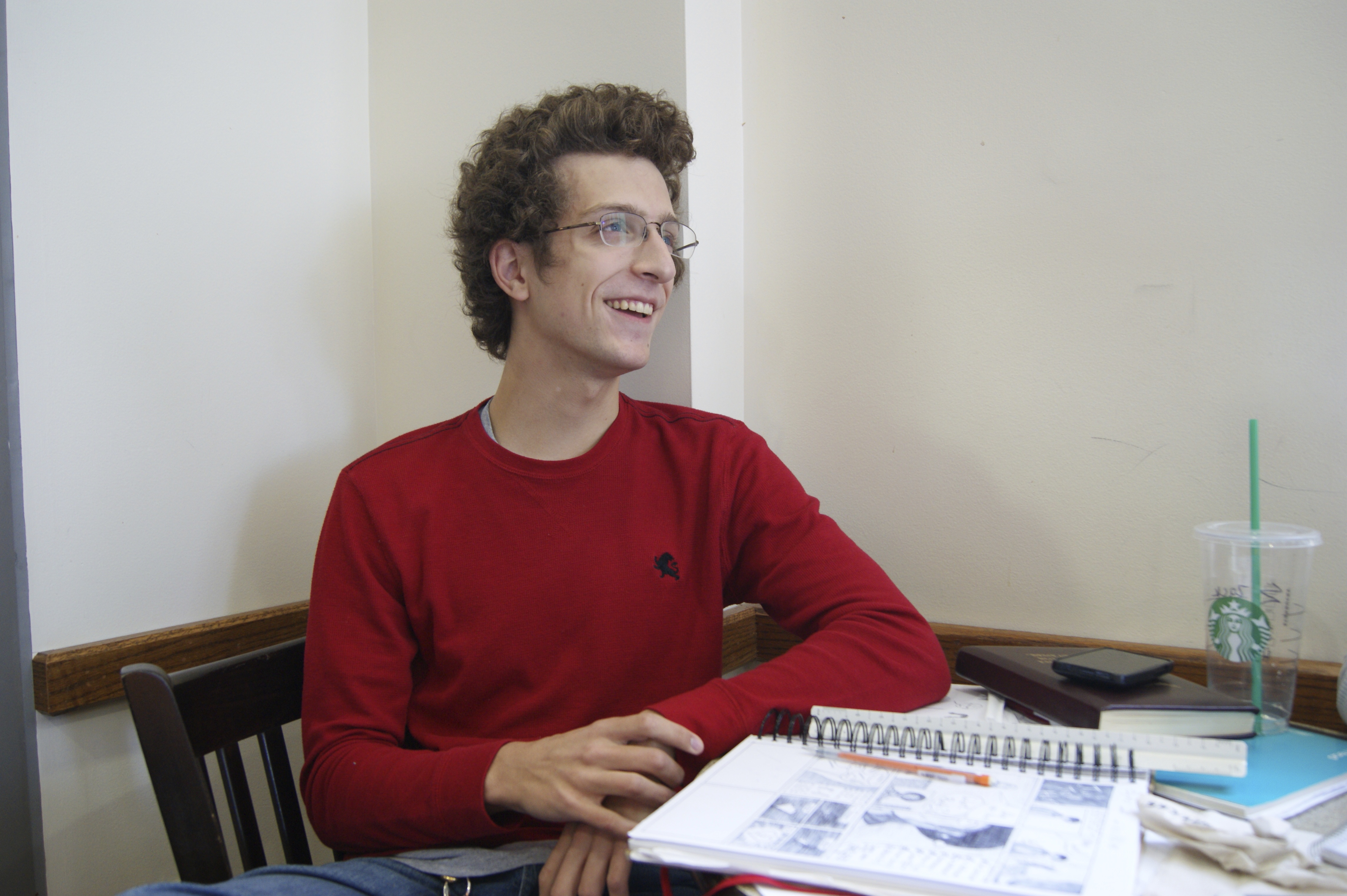 He sits in the corner, surrounded by various napkins, notebooks, loose papers, and his backpack.

While his table might have become cluttered throughout his seven-hour study session, his eyes are entirely focused on the object at hand: an original comic strip entitled “Just Tell Her,” crafted for his graphic novels class.

Heider is a senior theatre major and creative-writing minor.

When he was younger, Heider was just as enthralled with Halloween as the rest of us.

“I used to trick-or-treat until I was, like, fifteen, but then my brother got too cool to go with me,” he laughed. “He’s five years older, so he was about 20 or 21 when that was going on, so that may have had something to do with it.”

The two boys grew up in Zionsville, Indiana. Despite the wealth of the city, some people were surprisingly stingy with their candy, he said.

The boys were also disappointed when, after a few years, they realized they were the only ones participating.

“As we got older, the rest of the kids of Zionsville were also getting older,” he said. “And then parents started retiring, so we were the only ones on the beat for a while. It was my brother and I and a couple of eight-year-olds. It got really depressing.”

While the candy and the number of trick-or-treaters might have been a letdown, pumpkin cookies were not.

His favorite are “a hybrid between a cookie and a cake,” he said. “They’re always cookie-shaped and cookie-sized, but denser than cake and softer than a cookie.”

Candy and cookies might have been big traditions in Heider’s family, but he has yet to carve or paint a pumpkin, he said.

He tried to start his own tradition last year with a few pumpkins he bought himself, but it failed.

“They just sat in a plastic bag until, like, March or April,” he laughed. “And I thought, ‘These are probably dead.’”

One of the best parts of Halloween for Heider is the costumes.

One of his most popular costumes was one made out of a robe and some rope that came to be when he and his brother “just kind of piecemealed something together.”

Another year, he dressed as a skeleton, clad in a costume three times too small that even came with a hood, he smiled.

This year, he’ll be a mime, accompanied by a sock puppet.

“I’m actually working on Halloween,” he said. “So I’m hoping my boss will let me wear mimery.”