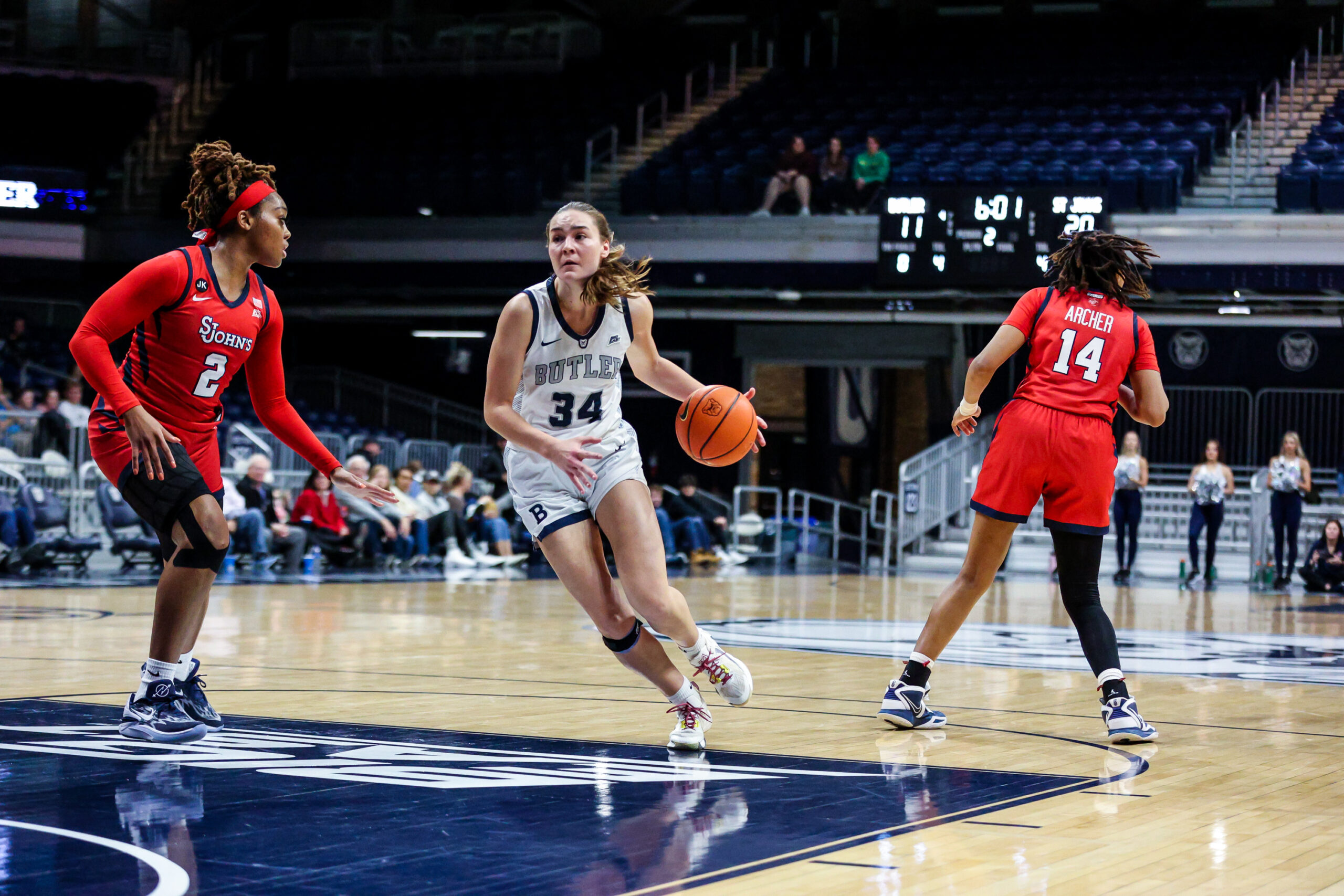 The Bulldogs will head out east to Queens on Wednesday to take on St. John’s in their second and final matchup against the Red Storm this season. Butler is coming off a 79-39 loss to fifth-ranked UConn while St. John’s recently took down DePaul 81-72. In their previous meeting in Hinkle Fieldhouse, the Red Storm took the spoils with a 65-57 win over the Bulldogs. St. John’s took control in that game early, gaining the lead in the third minute of the game and never looking back.

Here’s what you need to know before the Bulldogs’ clash with the Red Storm.

How to watch/listen: FloSports

Much like the last game against UConn, the key for the Bulldogs will be defending down low and allowing St. John’s to have threes. In their matchup in early December, the Red Storm shot only 27% from beyond the arc and scored 32 of their 65 points in the paint. If the Bulldogs can keep forward Jillian Archer at bay and force St. John’s to take deeper shots outside the paint or from three, Butler could have a chance to win this game.

On the offensive side, the Dawgs need to prioritize getting junior forward Anna Mortag going early. Mortag had a team-high 15 points the last time these teams met, so she will have to share a high percentage of the offensive burden yet again if Butler is to have a chance. If Mortag is not able to start off hot, look to sophomore forward Sydney Jaynes to pick up the slack. Ideally, Butler will want to get both forwards going for a one-two punch down low.

Looking into the Red Storm

St. John’s sits at 16-3 with their only losses coming to Seton Hall, UConn and Villanova. Currently, the Red Storm are on a two-game winning streak with wins over Marquette and DePaul. Going to Queens and getting a win has been tough for away teams, with St. John’s boasting an 11-1 record at home. The Red Storm are led by a pair of seniors, Jayla Everett and Kadaja Bailey who average 17.3 and 13.9 points per game respectively.

Butler should expect to see a lot of different personnel from St. John’s, as head coach Joe Tartamella likes to go to his bench often. All 10 players for the Red Storm saw the floor in their win last Saturday against DePaul. The Bulldogs will have to be full of energy if they are to keep up with the pace of St. John’s depth.