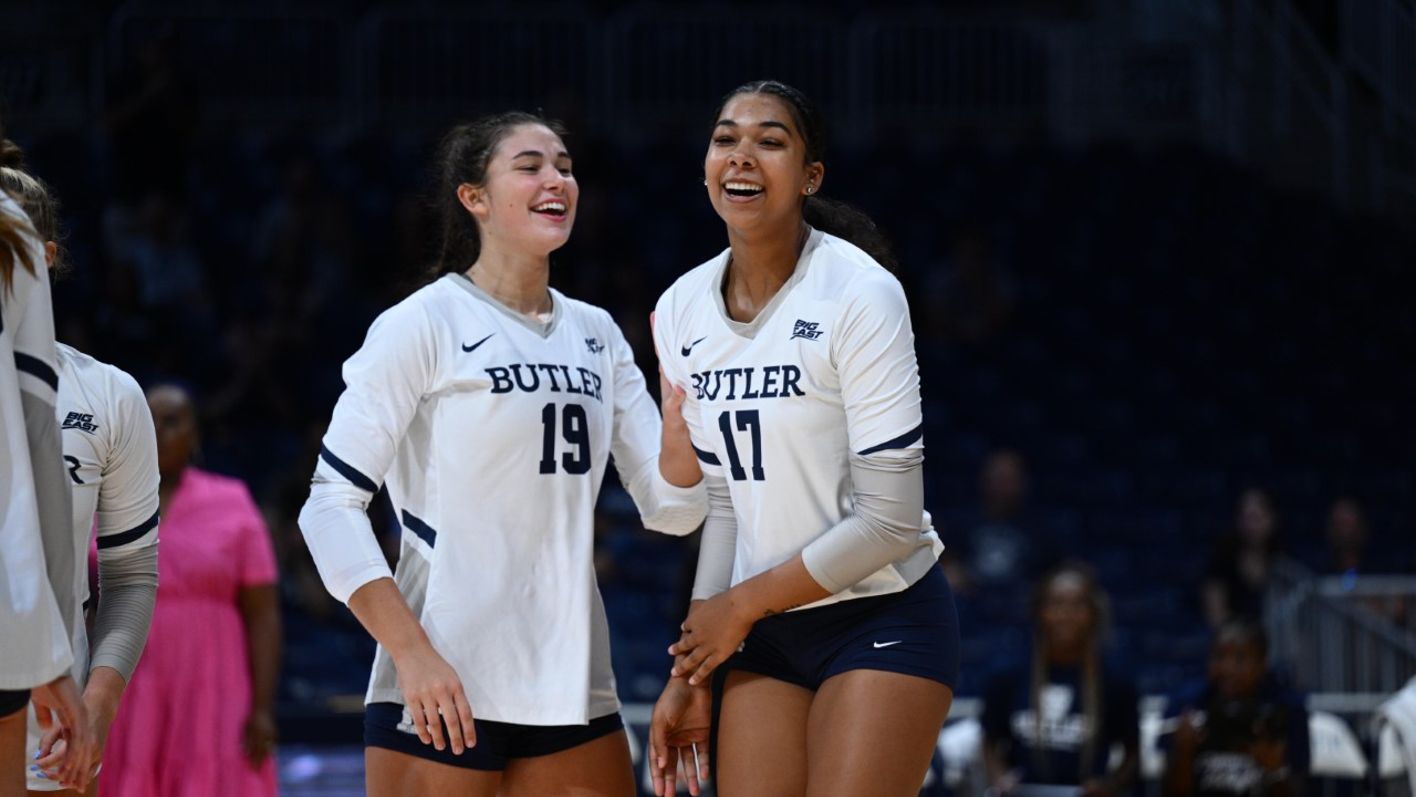 This past weekend, the Bulldogs headed out to the East Coast to continue their conference play against the UConn Huskies and Providence Friars. Butler would first see UConn before heading 50 miles east to Providence to finish the short two-game away stint.

Friday’s matchup on Oct. 21, saw two-evenly matched teams battling it out to finish in the top six at the end of conference play. Unfortunately, Butler was not able to find their stride in Storrs, Conn. as the Huskies swept the Bulldogs in three straight sets.

The Huskies started right out the gate with help from senior Caylee Parker and never trailed the entire set. Butler sophomores Destiny Cherry and Mariah Grunze each had three kills in the opening frame to lead the Bulldogs. Uconn took the set 25-15.

UConn opened the second set with an early 6-2 lead, but Butler would climb their way back to take their first lead of the match 10-9 off junior Amina Shackelford’s kill. The two teams would go on mini-spurts until reaching a close score of 21-20, UConn. Butler was able to rattle off three points, but not before UConn’s Kennadie Jake-Turner would hit a kill for the set, propelling the Huskies to a 25-23, two-set lead.

Grunze and first-year Cora Taylor both recorded a double-double against the Huskies.

Butler looked to rebound quickly against the Friars in a quick turnaround for a Saturday afternoon game on Oct. 22.

The short rest seemed to be a secret weapon for Butler as the team started off strong with a 14-8 lead in the opening set against Providence. The Bulldogs took the lead with them the rest of the way, eventually propelling themselves to a 25-16 opening set victory. Grunze and Shackelford each posted five kills in the set while the team collectively hit for a .444 hitting percentage.

In the second set, the two teams traded points, finding themselves in a tight set with a 12-12 tie. Similarly to the first set, the Bulldogs never looked back. Despite a hopeful comeback from the Friars at 20-18, Butler recorded the next five points to take the set 25-18 off of first-year Rylie Tam’s ace. Grunze and senior Megan Sheridan each posted four kills in the set while the team collectively hit .308 topping Providence’s .037 hitting percentage.

The Bulldogs were looking to head out of Providence with a three-set sweep and started on the right foot with an early 7-4 lead. However, the Friars did not go away that easily and went on a 6-1 run to push the score in their favor, 10-8. From that point on, the Bulldogs were not able to reach the Friar’s and just missed a sweep, 22-25.

The ‘Dawgs and Friars opened the fourth set seemingly dead-locked with neither team being able to take a significant lead resulting in a 16-16 tie. Fortunately, the Bulldogs were able to go on a 5-1 run to lead 21-17. Providence would not go away and came within one at 21-20. Four straight Bulldogs kills would close the doors on the Friars 25-20 heading home with a win. Cherry led the team with four kills in the set while the team revamped their hitting percentage to .344.

With a weekend split, the Bulldogs are 11-11 overall with a 5-5 conference midway through the regular season. Over the next few weeks, the Bulldogs will look to remain in the top six in the Big East to reach the tournament.

Butler will host No. 16 Marquette on Friday, Oct. 28 inside Hinkle Fieldhouse for Girl Dad Day at 6 p.m.