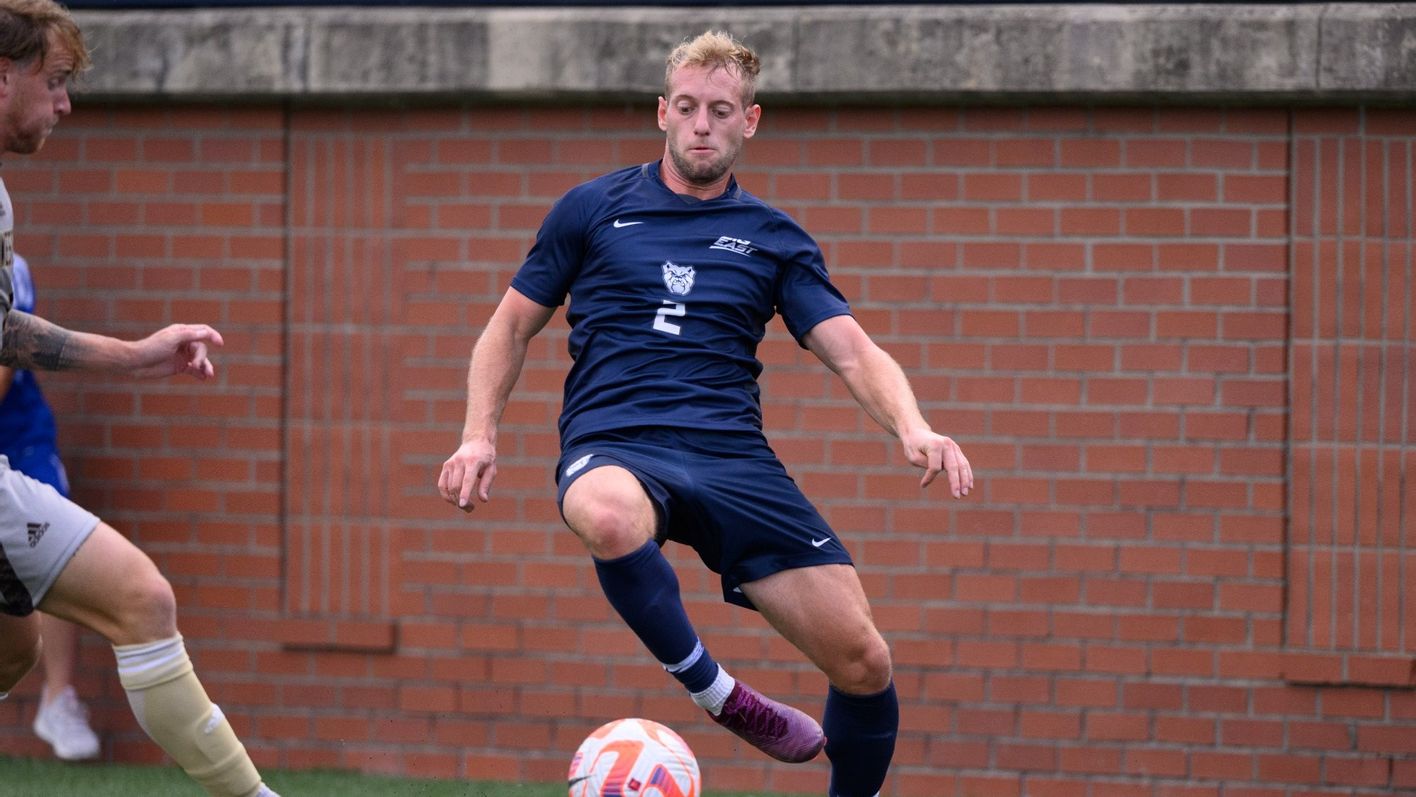 The Butler men’s soccer team fell to Georgetown 3-2 at the Sellick Bowl on Wednesday night. The Bulldogs fall to 6-3-1 on the season and 2-1-1 in Big East play after the loss to the Hoyas.

The scoring started right away, as Georgetown midfielder Kyle Linhares took a cross from teammate Kieran Sargeant at the far post and volleyed a shot off the bottom of the crossbar and into the back of the net just 15 seconds into the first half, giving Georgetown a 1-0 lead.

The lead didn’t last for long though, as off the ensuing kickoff, Butler fifth-year midfielder Jack Haywood sent a ball up ahead to redshirt junior defenseman DJ Hooks, who crossed it into the middle to redshirt senior midfielder Jack Streberger. Streberger took the pass and fired a shot into the right side of the net, tying the game 1-1 just 41 seconds after Georgetown’s tally.

Butler seemed to gain momentum from their score and maintained possession for much of the next 10 minutes. In the 18th minute, Hooks took a pass from Streberger and delivered a shot that bounced off Georgetown goalkeeper Ryan Schewe’s hands into the back of the net giving Butler a 2-1 advantage.

Butler’s lead did not last for long however, as in the 22nd minute, Georgetown midfielder Blaine Mabie took the pass from teammate Jacob Murrell and redirected a ball that just got past the hands of Butler goalkeeper Gabriel Gjergji, tying the match at 2-2.

Georgetown controlled the rest of the first half, outshooting Butler 3-0 over the final 23 minutes of the first.

That would change in the 73rd minute, when Georgetown forward Marlon Tabora took the pass from teammate Trevor Burns and delivered a left-footed dribbler into the right side of the net, giving Georgetown a 3-2 lead.

Butler had a late chance to tie the score in the 88th minute when Butler redshirt junior forward Tommy Visser’s hard shot hit off the top left corner of the crossbar. From there, Georgetown was able to dribble out the rest of the clock and secure the win.

Jennings and Tabora both picked up yellow cards for Marquette in the 62nd and 80th minutes respectively, while Haywood picked up Butler’s only yellow in the 78th minute.

The Hoyas outshot the Bulldogs 17-12, although Butler finished with six shots on goal compared to four for Georgetown.

Streberger’s goal was his second of the season and the fourth of his career.

Butler falls to 1-8-1 all-time vs Georgetown.

The Bulldogs’ next game will be at home against IUPUI to end non-conference play on Oct. 8.