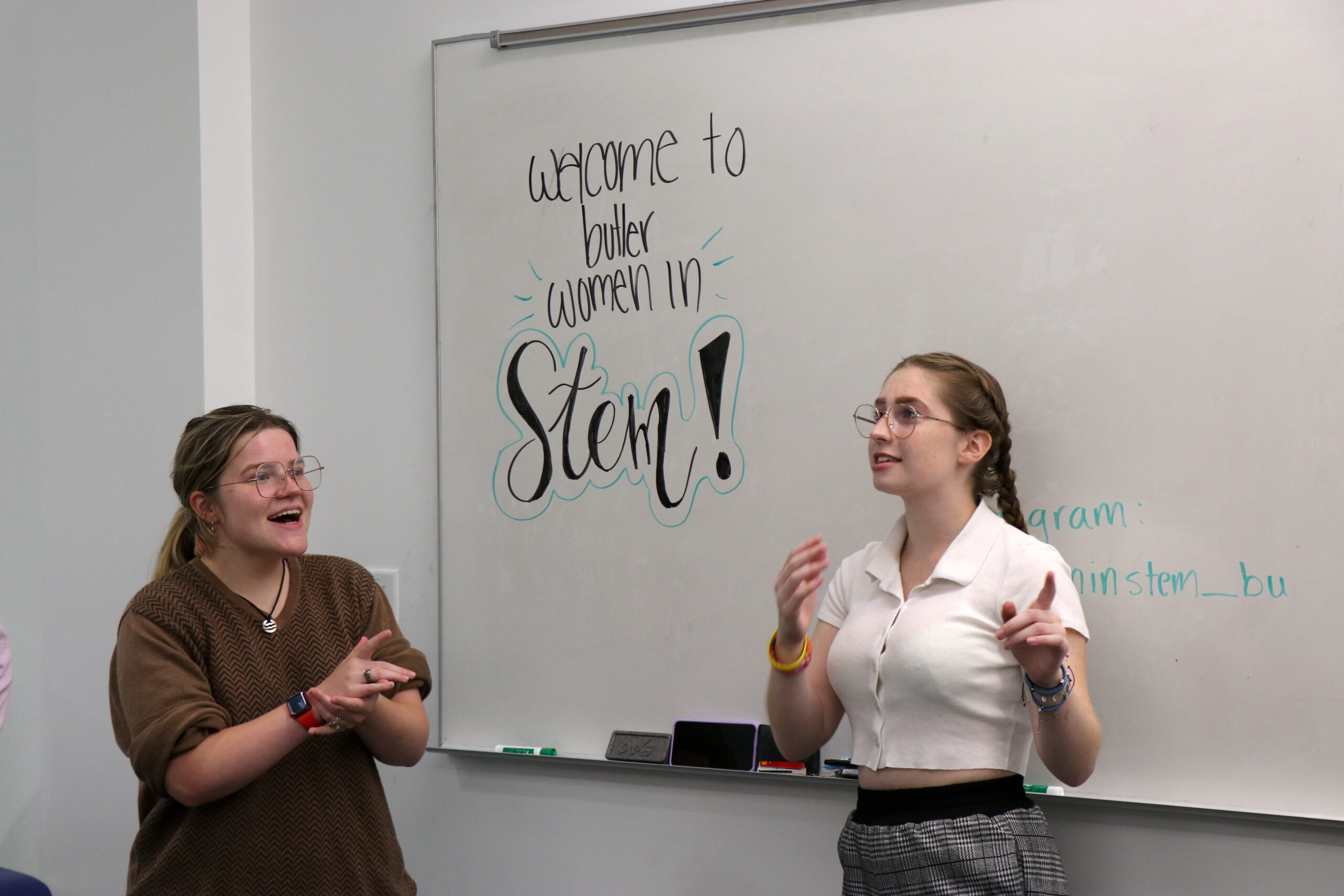 A new club on campus, Women in STEM, is designed for people of all majors and genders to come together to support science, technology, engineering and math, STEM, majors.

Heckert said it was this lack of confidence that drove her and Baasch to found their club.

Herkert recalled a time in which she would be one of the only women in her class, and her answers were always the first ones to be dismissed when there were a variety of answers among her classmates.

“Someone will talk to you in a more condescending tone,” Herkert said. “It’s hard to explain that it happens all the time for women in STEM.”

Baasch remembered having a class with only a few women, and her professor would come to them first and assume that they were struggling.

“We just really wanted to create a safe space for women mostly because in this field, many women, not to mention non-binary students and trans students also, need a safe space,” Baasch said.

Baasch and Herkert decided to start the club last spring and spent the summer working through the process of being approved by the Student Government Association, SGA.

The club’s goals include creating different committees to accomplish a variety of tasks that contribute to one common purpose of bringing and keeping women in STEM fields. Two of the planned committees are dedicated to outreach and professional development.

The outreach committee will target high schoolers involved in STEM to offer them support and help them navigate their interests. On the other hand, the professional development committee will coordinate speakers and panelists to discuss their experiences as women in STEM — specifically research opportunities and navigating applications for graduate schools.

Baasch and Herkert also plan to offer their members creative workshops through Butler ballet and the art department to give them a chance to discover hobbies and interests outside of STEM.

One of their biggest goals as a club is to be as inclusive and supportive of intersectionality as possible.

“I want to make sure that everybody feels welcome in joining,” Herkert said. “[It] doesn’t matter race, ethnicity, sexuality, gender, anything, you can support people who are having a difficult time.”

“[I came to the call out meeting] because the older I get, the more I like seeing the diversity in everything around me,” Smith said. “I’m trying to embrace my Latin heritage more often … I’m also trying to embrace the fact that I am a woman in STEM, and that is really important.”

Even among the other clubs on campus that celebrate women in their careers, such as Leading Women of Tomorrow, Smith said she appreciates that Women in STEM focuses specifically on the diversity and accomplishments of people in STEM fields.

Baasch and Herkert’s fields of study play a large role in their lives, but they acknowledge that there is so much more to a woman than her chosen major in a STEM field.

“[We want] to show that women are not one-dimensional,” Herkert said. “They can have more than one interest and still be just as good at pursuing their professional career while also having other interests.”

More information about Women in STEM can be found on their Instagram page.