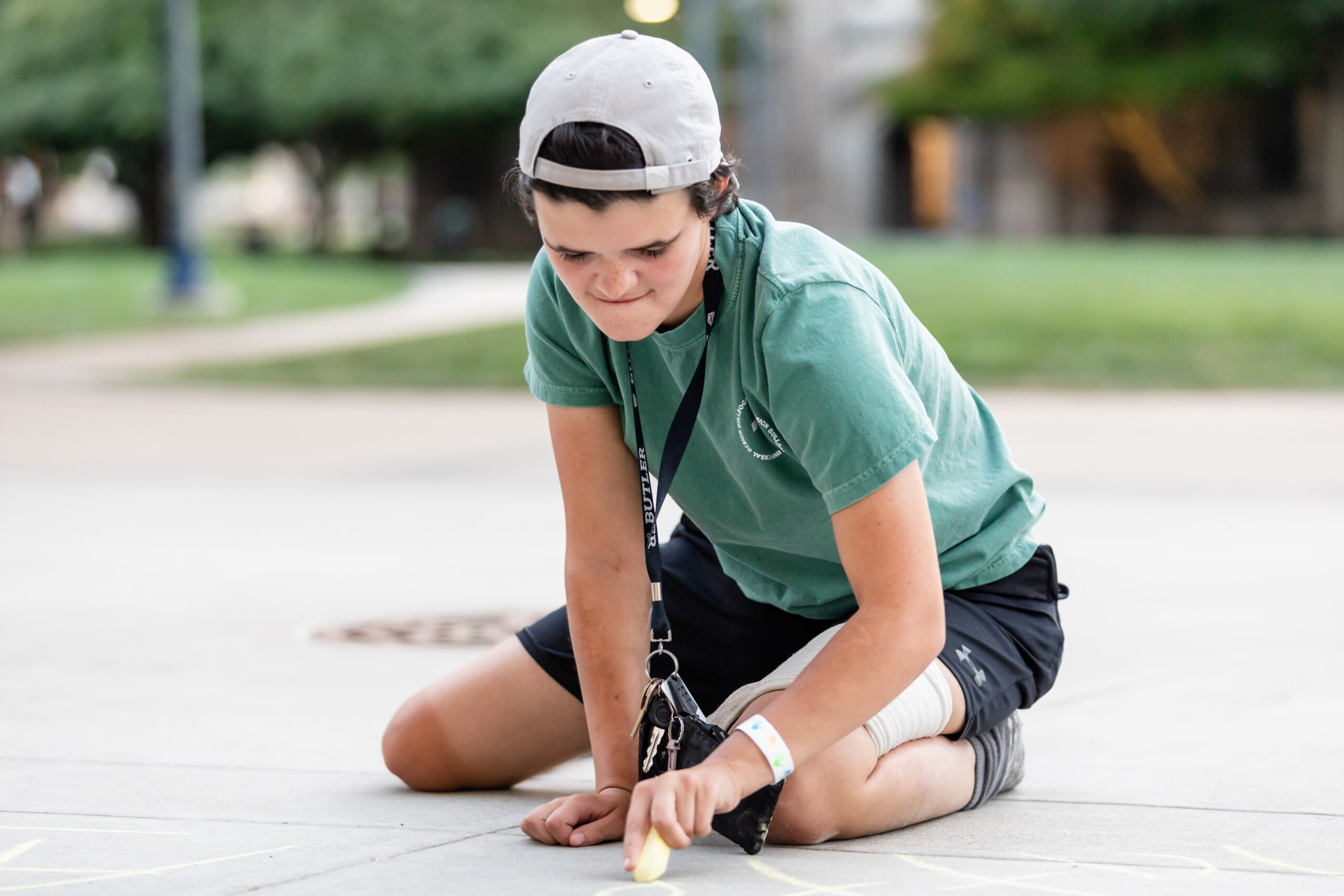 On the evening of Aug. 23, Bulldogs for Universal Design deployed its members across campus to draw attention to the critical issue of accessibility on Butler’s campus. The group’s members took to Butler’s sidewalks, indicating whether the entrances to several campus buildings are accessible to wheelchair users or not.

Junior music education major Becca Mattson is the president of BUD. She described this event as an “educational project”  through which the organization hopes to educate Butler students, faculty and staff about the importance of accessibility and universal design.

In addition to the labels, BUD representatives are writing quotes from students about why access matters, as well as relevant quotes by disability rights activists.

“Our goal is not necessarily to shame or go against the university,” Mattson said. “It’s really to work with them to make this a better place. But in order to do that, we have to understand what these [problems] look like. And so really, I think our goal is to educate the community and to help them to better understand just why.”

Butler has recently been the subject of various ADA-related controversies — specifically, with multiple instances of university vehicles parking in spaces that are critical for disabled students to get around campus. Recent media coverage, which featured a recent encounter between Mattson and Butler staff, has drawn widespread attention. However, BUD representatives indicated the organization had already planned to draw attention to this problem before it became a hot-button issue on Butler’s campus.

Abigail Kom, a junior organizational communications and music double major, is a member of BUD who participated in Tuesday’s chalking event.

“This was actually planned before the incident with facilities happened yesterday,” Kom said. “… But it’s just to help new students or transfer students who need accessible entrances to know which ones are accessible — and which ones are not.”

Members of BUD are hopeful that this event will help the university, as well as the Butler community, to understand the issues that disabled students face every day on campus.

Allison McElroy, a sophomore elementary education major who serves as the public relations chair of BUD, said she hopes this event will result in acknowledgment from the university.

“Just saying, ‘Hey, we see that this is something that you guys are concerned about and want to hopefully address,’” McElroy said. “Just getting that ball rolling because obviously making more accessible entrances and changing entire buildings is a big thing to ask, but I think just getting that conversation started of ‘okay, maybe we need to think about the designs of our buildings and how accessible they are,’ and just getting a discussion going I think is important.”