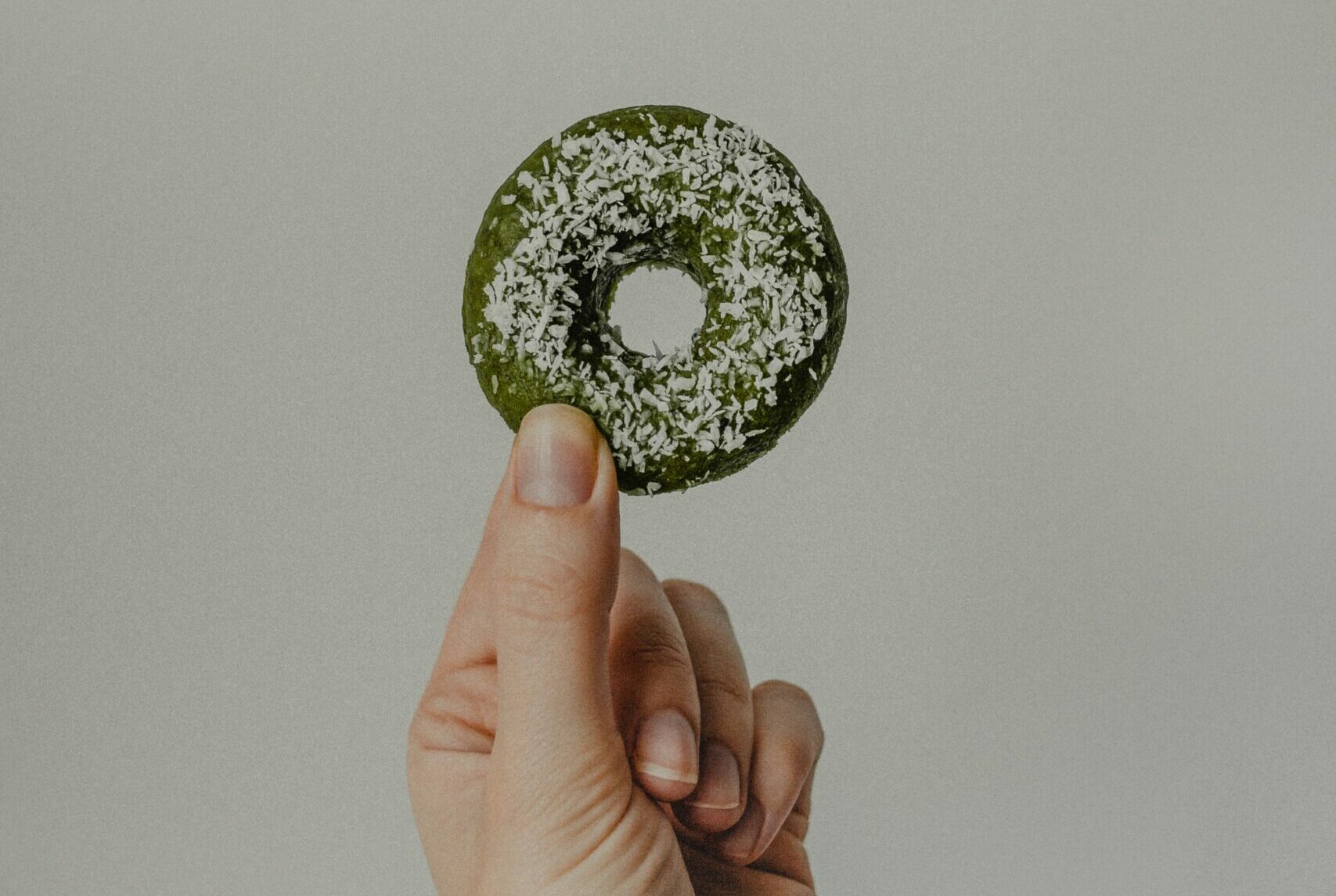 It’s about time we talked about the orgasm gap. If you’re unfamiliar with this term, the orgasm gap is the not-so-fun disparity that exists between the rates at which men and women, well, orgasm.

As you might have guessed, men reach the peak much more frequently than women, but of course, it’s not actually that simple. When you account for sexual orientation, there are a lot of factors that seem to play a role in whether or not someone is going to orgasm during a sexual encounter. The largest factor is whether or not a female is having sex with a male.

Yes, there might be more nuances and complexities that come with being a woman, but the ability to reach the peak is not impossible. Nobody should have to suffer through thinking their vaginas are broken. We’ve been there, and let us tell you: it’s not fun.

This might be TMI, but I genuinely thought I was physically unable to orgasm. I thought I was part of the tiny percentage of women who just can’t climax, and I had made my peace with it. It wasn’t until I was a sophomore in college — a legal adult — that I discovered that nothing is wrong with me, I just live in a patriarchal society that doesn’t place importance or value on women’s pleasure.

Something to keep in mind: there is more than one type of sexual activity. It doesn’t have to involve both a penis and vagina, it could be a fun little mix and match situation and you can even throw hands, mouths and toys into the mix. There are so many ways you can have sex that will actually result in the ever-elusive female orgasm. Once I hopped on this train, let me tell you, world: rocked.

My story is eerily similar to Caitlin’s, but because I am a dramatic mess of a hypochondriac, I fully believed that I was broken. I could handle things just fine on my own, but when it came to doing the deed, I was majorly sh*t out of luck. Adding a partner into the mix seemed to make my chances of finishing drop to zero, which left me feeling more like an object — read: hole — than someone’s loved and appreciated girlfriend. Somehow, I considered this to be my problem, and a quick Google search led me to a solution: labiaplasty, a medical procedure that reduces the size of the labia minora, leaves the clitoris more exposed and apparently makes sex more enjoyable.

Some people may experience anorgasmia, where even ample amounts of sexual stimulation regularly fails to do the job. It is still worth a conversation with your partner; it does not mean climaxing is impossible, it just may require additional conversations. If it seems serious, reach out to your doctor or the local Planned Parenthood to learn more — unfortunately, we are not experts.

We know that these are not everyone’s stories; some people can orgasm pretty easily through just “p in v” sex. We think these people are God’s favorites, to be honest.

For the rest of us climax commoners, a little extra attention and communication can do the job. Unfortunately, like everything else rooted in sexism, the burden of communication tends to fall on the shoulders of non-cisgender men. That being said, it can be hard telling your partner that what they are doing just… isn’t doing anything.

You know, when they’re hard at work, trying to really rev your engines, but you’re more worried about if you’ll have time to shower later or what you should do for dinner. Sometimes, the fact you’re not getting anywhere is stressful in and of itself, too.

Here’s a helpful reminder: your partner is — hopefully — having sex with you because they are attracted to you, and your enjoyment is equally as important as theirs. Don’t look at your own sexual pleasure as a burden. Own it, aim for it, and please, don’t dismiss it.

The most important part is to not let your partner think they made you finish, when they didn’t. If they think they know what gets you off, why would they try to switch it up?

Even worse, if they don’t ask you and they just assume — red flag.

Seriously, we cannot be clear enough: do not fake it, because that simply won’t benefit anybody. If you feel inclined to do so, we urge you to confront the motivation behind that desire and find an alternative solution — and we don’t mean assuming the starfish position, either. Let’s walk through a couple example scenarios and help you actually make it, not just fake it.

Scenario one: You don’t want to hurt your partner’s feelings

As we mentioned earlier, navigating this conversation can be hard, but telling your partner what you want doesn’t have to be awkward or painful. Of course, if you say, “Hey babe, this sucks,” then it might be. But don’t say that.

If you’re worried about bruising someone’s ego, try spinning the conversation positively: “It feels really good when you X” is a great place to start. “I like it when you do it like this” works just as well. And if a conversation’s not your speed, try gently steering your partner towards where you want them to be. If they’re using their hands, move those hands for ‘em. If they’re using their head, a Ratatouille-esque approach works best — but only if they have hair.

Of course, the gentle handling only works if your partner is receptive to it. So if you’re the one trying to please your partner and they are trying to move your head or hands, maybe let them steer the ship and just see where you ‘come’ ashore.

Don’t shy away from telling your partner if something doesn’t feel quite right, either — you don’t want them to repeat it later, and you certainly don’t want to be uncomfortable. Luckily, the Ratatouille trick works just as well for steering away as it does steering towards. It might take a few tries, but they’ll get the hint.

Ideally, your partner should want you to feel good. They, like most of us, would also probably enjoy improving upon their sexual prowess. Who doesn’t want to be better at sex?

Scenario two: You don’t know how to ask for what you want

These kinds of conversations require a certain level of vulnerability, and because of that, it can be hard to find the words to best express your needs. Luckily for you, there are no rules as to what these conversations have to look like.

If the idea of having this talk face-to-face gives you the heebie jeebies, try sending a sexy text to your partner. “I think we should try X next time” or a provocative “I want to show you something” can get your partner excited for their o-giving lesson.

Rather face it in the moment? Try turning your requests into dirty talk. “I want you to X” is a surefire and direct way to express your needs. Not sure what to say? Directions as simple as some of the keywords in the title of Daft Punk’s “Harder, Better, Faster, Stronger” make for excellent go-tos.

If you’re comfortable, a visual demonstration — AKA, having a partner watch you do it yourself — can work wonders, too! No words required at all, except for “like this.”

Scenario three: You don’t know what you want, so you don’t bother

Perhaps you’ve never made enough progress towards finishing with a partner to even know what feels good to you, and faking it seems easier than figuring it out. In this instance, you’ve found yourself in need of a little experiment.

In this case — and come to think of it, all the other cases — honesty is key, as is communication and patience. You probably won’t figure out what makes you tick in one go, so don’t get discouraged if it doesn’t happen right away.

Your best bet is to start with what works for you, and that means alone time. Once you’ve got that part under control, try to have your partner replicate those moves. As you’re getting it on, get vocal, provide some feedback. Knowing what doesn’t work is just as important for your partner’s improvement as knowing what does — and anything helps.

Scenario four: You simply want it to be over

If you’re faking it because the sex is so unenjoyable you want it to just end, then Houston, we have a problem.

In case no one has told you yet, you don’t have to wait for your partner to finish. Sex is over whenever you want it to be over, and you are not obligated to serve as a pleasure vessel for anybody.

There are some nicer ways of going about ending it if they are still going. Our personal favorite is “exit please,” but you can also try “thank you, I’m done.”

If they aren’t taking the hint, try yelling “git” or “the moving walkway is coming to an end.” Or you can slowly slip into a British accent that’s so bad they are physically and mentally turned off.

At the end of the day, it’s important to keep an open line of communication with your partner. Talking about sex, especially if it’s not pleasuring you, can be hard — but the more you discuss your “o,” the easier it will come.