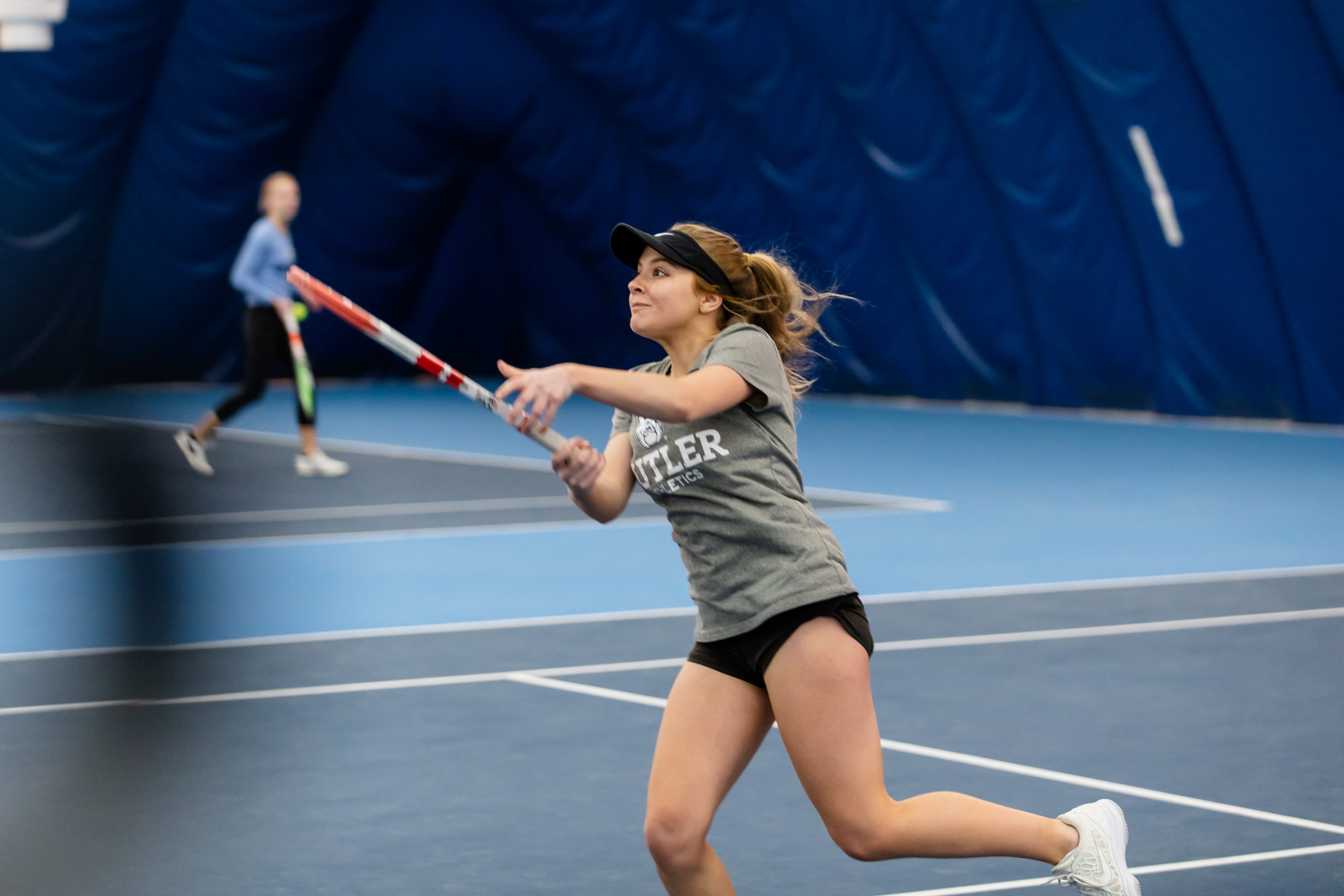 Freshman Emma Beavin follows through on her swing during a practice at the Butler Tennis Bubble. The team is currently winless on the road. Photo by Lauren Hough.

This past weekend the Butler women’s tennis team took a road trip to Miamisburg, Ohio for a competitive matchup against the Dayton Flyers on Feb. 6. The Flyers took the top spot over the Bulldogs in an intense match, closing the game with a 4-3 score.

Butler lost at No.1 doubles, but the duo of Sara Linn and Logan White brought the heat to claim the win for No. 2 doubles. Dayton won the doubles point by beating out Norah Balthazor and Veronika Bruetting in the third position.

The Bulldogs won three out six single sets against the Flyers. Sophomore Natalie Boesing won over Dayton’s Erica Wojcikiewicz in three sets. Wojcikiewicz took the first set home, but Boesing walked off the court with the win going 6-7, 6-1, 6-3.

Two freshmen collected points in the fourth and fifth position. Norah Balthazor took a straight set win against Paige Kompa, with a score of 6-4, 6-1. Katie Beavin secured the win in three sets, taking down Laura Greb 6-1, 4-6, 6-2.

The Bulldogs will head down to Bloomington to go up against Indiana University on Feb. 9, at 4:30 p.m.