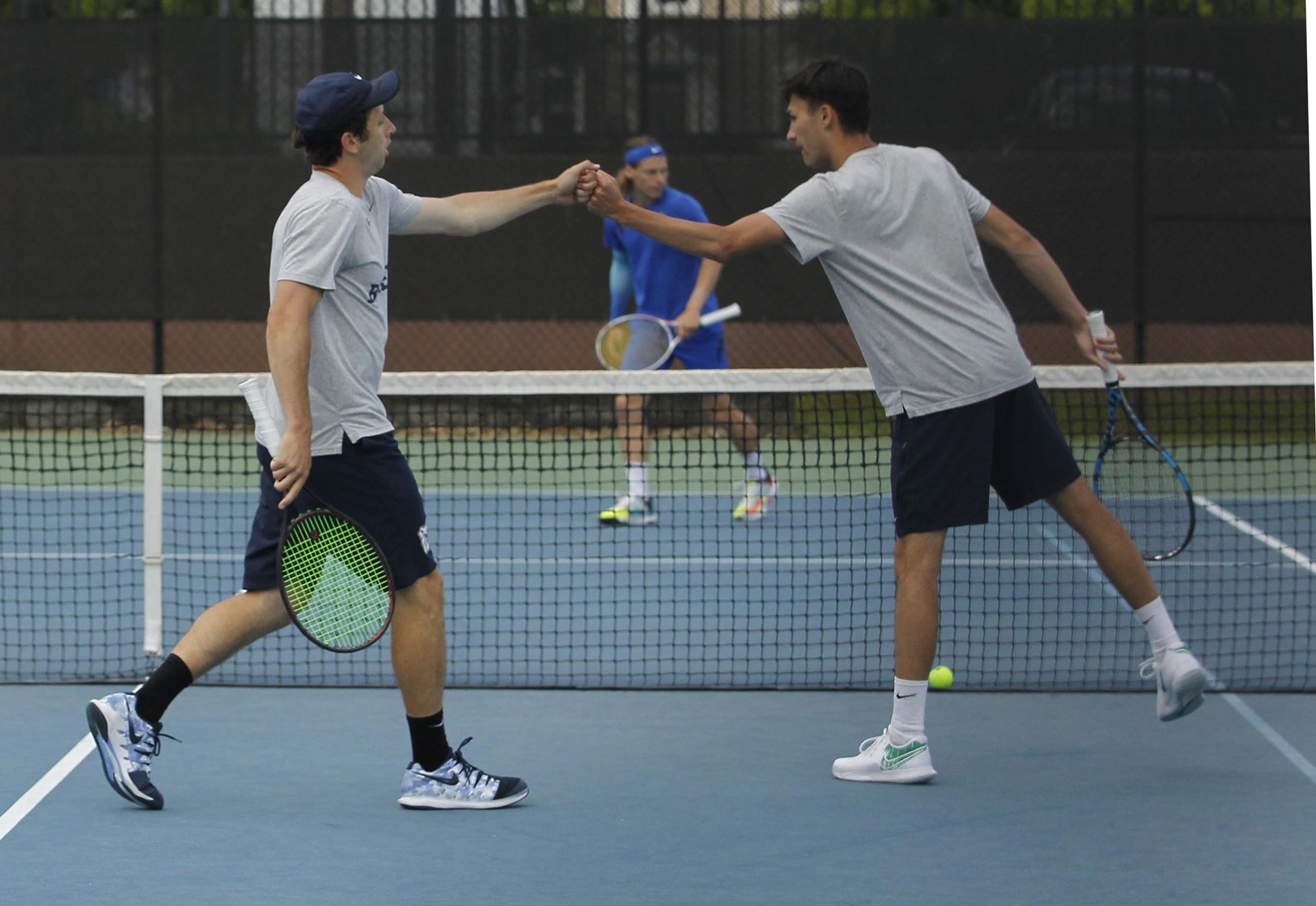 The Butler men’s tennis team, led by a core of five upperclassmen, have grown into a squad capable of making a run at the Big East title.

When head coach Sam Miles took over in 2019,  he had a squad that was young and inexperienced on the college courts — composed of five freshmen. Yet to step foot on a college court, the team had just started to get their footing when their season was abruptly ended due to COVID-19.

Since then, Miles and his staff have watched them grow into a strong core of upperclassmen. However, Miles has set a precedent to constantly strive for improvement and demands his athletes push themselves. When asked how the season has gone so far, Miles said that his team is still looking to get better.

“There is always room for improvement, we are not where we want to be,” Miles said. “Our losses came against two talented teams. We would have liked to have gotten a couple more points on the board against them … I have seen the team grow much closer together, over the last year or so, we have room for improvement, but our practices have improved nicely.”

After finishing 8-8 last season with several matches canceled due to COVID-19 protocols, the Dawgs have already shown signs of being able to step on the court with anyone in the country.

This roster of the men’s tennis program is tenacious and determined. With a 2-2 record so far this season, the team has shown strides from last year in their ability to battle late. Despite Brennan’s efforts against Slump the team would lose to Middle Tennessee State. However the team would go on two days later to take down Lipscomb 4-3.

Despite the team’s tough first few matches, Miles wants to see his team work harder in their doubles department. Despite plenty of talented pairings, the doubles matches have been a point of contention for Butler, accounting for their two losses this season. With improved performances in the doubles department, Miles believes  the team can accomplish their ultimate goal — a Big East title.

Redshirt senior Michael Dickson hopes the Bulldogs can rely on their experience and sense of brotherhood to take them to their first title since 2017 and second in program history. Dickson will continue to be one of the key players for the Dawgs this season as he posted a 7-3 singles record in the fall and will be vital for the Dawgs if they need a tie-breaking win in doubles matches this season.

Dickson’s doubles teammate, Brennan, will also play an integral role in the success of this year’s team. Brennan, a unanimous selection to the All-Big East first team last season, led the Bulldogs to the Big East semifinals where they would fall to eventual champion DePaul. Brennan believes this season is his chance to take the team farther.

“I have never actually made it past the semifinals, but I think this can be our year,” Brennan said.

While aspirations are high, there are a number of tough teams that can keep the Dawgs from taking back the title this season. With major non-conference matchups including Indiana, Michigan State and Yale, the Dawgs’ schedule is tough. The difficulty of these matches  however, can set them up for a deep run into the Big East Tournament when they will need to play their best brand of tennis.