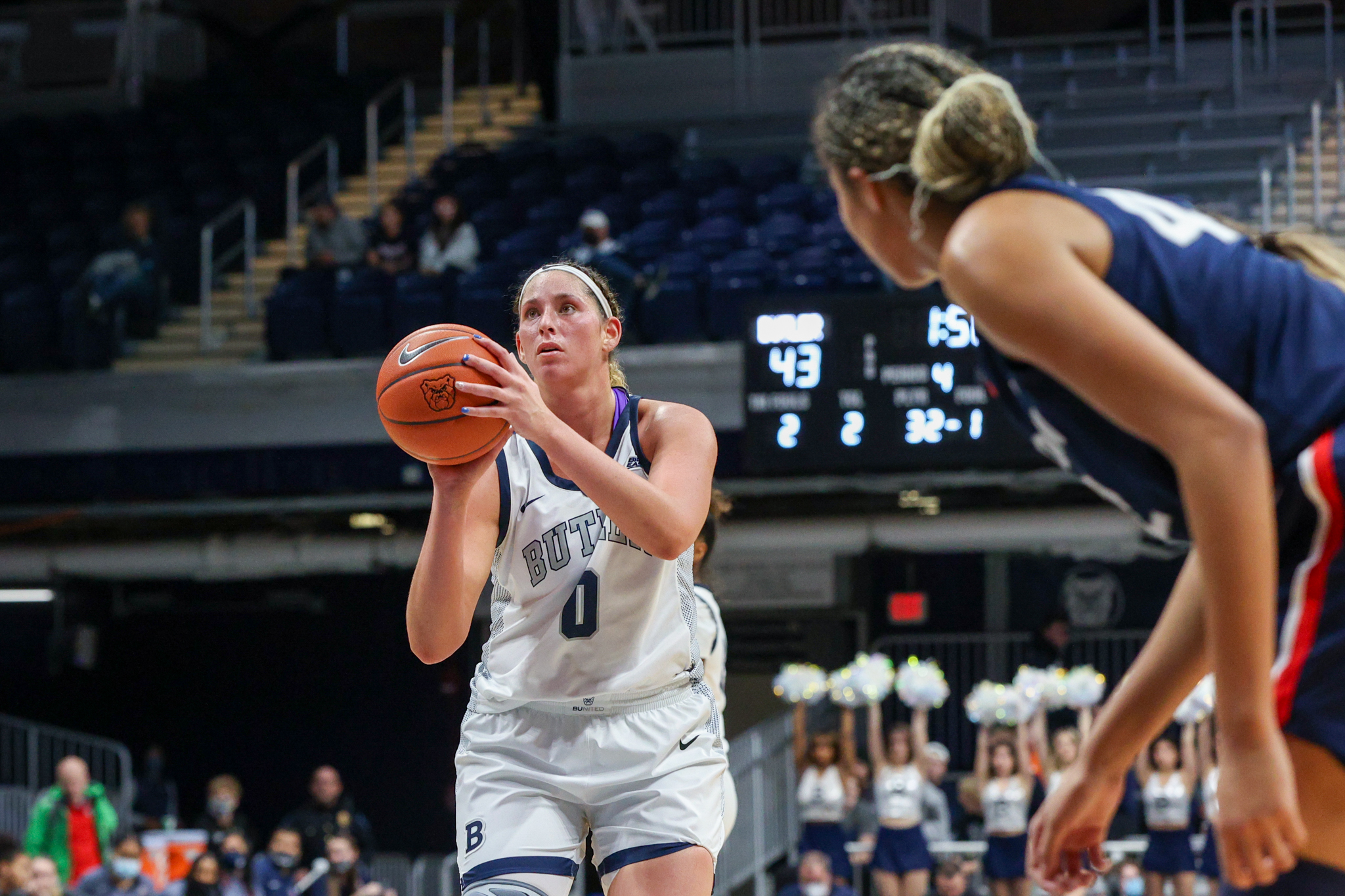 Forward Celena Taborn prepares to shoot a free throw against UConn in matchup on Jan 12. at Hinkle Fieldhouse. Taborn led the Bulldogs in scoring against Marquette with 14 points. Photo by Claire Runkel.

The Butler women’s basketball team struggled Sunday in Hinkle versus Marquette, falling 78-48 to the Golden Eagles.

Celena Taborn led the way for the Dawgs with 14 points on 6-8 shooting. Tenley Dowell also reached double figures, adding 10 points to the stat sheet for Butler. Outside of those two, the stat sheet remained rather empty.

Marquette got off to a hot start, jumping out to a 20-4 lead in the first quarter. However, for the remainder of the half, Marquette’s lead began to shrink and the Golden Eagles led 41-27 at halftime.

Marquette gradually pulled away in the second half as Butler’s offense struggled immensely, with the Dawgs only making six of their 20 field goal attempts.

Offense was once again Butler’s biggest issue Sunday, with the team only making 40% of their field goal attempts, along with just 20% of their 3-pointers.

Rebounding also proved to be an issue for Butler, with Marquette nearly doubling Butler in total rebounds, with 38 boards versus Butler’s 20. Offensive rebounding was also in favor of Marquette 15-4. This allowed the Golden Eagles to get 23 second chance points versus Butler’s 6 points.

Turnovers were still a big issue for Butler, with 17, however, the Dawgs were comparable to Marquette in points off turnovers, only being outscored 17-11.

Marquette improves to 13-5 and 6-3 in the Big East conference with the win, while Butler drops to 1-15 and remains winless in the conference.

The Dawgs have a three game road trip ahead of them, with their next game tipping off at noon on Friday, Jan. 28 at Villanova.