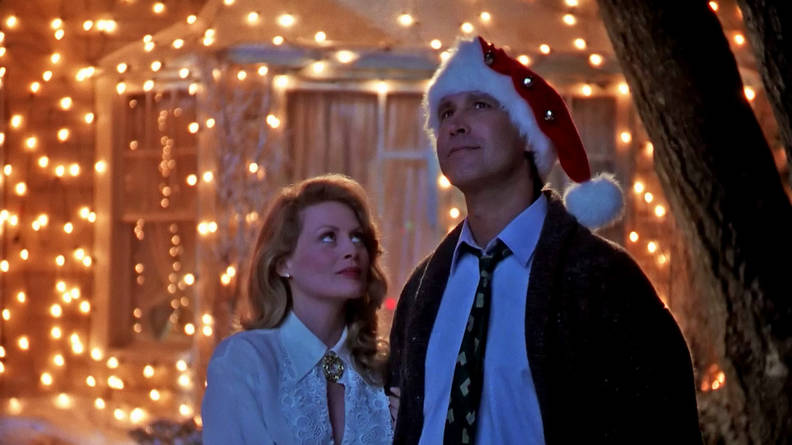 As the holiday season approaches, it becomes a common tradition for families and friends alike to screen their favorite Christmas movies. These movies are a staple of Christmas culture, and no matter how many times one sees them, they never seem to get old. Below is a list of top picks for the holiday movie-watching season, from well-known, iconic films to some more obscure features.

“It’s a Wonderful Life” kicks this list off as a true holiday classic. The movie delivers fantastic themes of family, warmhearted messages about what it means to be a hero and some deep thoughts about the meaning of life, especially when the main character is shown a world in which he was never born. In the holiday spirit, Capra’s film has withstood the test of time, celebrating its 75th anniversary this year. The movie also was nominated for five Academy Awards including Best Picture. “It’s a Wonderful Life” is an iconic American Christmas movie, and is quite uplifting — perfect for watching on a snowy evening.

“A Charlie Brown Christmas,” although only 25 minutes long, is technically a TV movie. This movie certainly gets at the true spirit of Christmas in terms of its references to family and friends instead of materialism, and despite its 25 minute runtime, manages to capture the hearts of people of all ages. Although recently having been acquired by Apple TV+, the short film will still air on PBS on Sunday, Dec.19 at 7:30 p.m., ET. This is a film to be enjoyed by everyone, and it has delivered some truly iconic moments such as the bare Christmas tree Charlie Brown picks out, Linus’s speech about the birth of Jesus and Snoopy’s ice skating. Also, the bizarre dancing scene during the play rehearsal never gets old.

Photo courtesy of The Hollywood Reporter.

Bob Clark’s “A Christmas Story,” one of the most influential holiday films, gives the world both the classic “leg lamp” and the quote “you’ll shoot your eye out!” This is a film that never seems to lose its magic — the heartwarming story of family, friends and nostalgia for the 1940s allows it to stand out. “A Christmas Story” is a sentimental movie that manages to keep its laugh-out-loud moments year after year. Fans of “A Christmas Story” can read Jean Shepherd’s novel “In God We Trust: All Others Pay Cash,” from which the film was adapted.

From the director of 1980s classics such as “Ferris Bueller’s Day Off” and “The Breakfast Club” comes a lesser known, yet hilarious, holiday comedy. Steve Martin and John Candy come together in “Planes, Trains, and Automobiles” to create a humorous Christmas comedy. The film tells the story of Neal Page (Martin), an advertising businessman, returning to his family in Chicago over the holidays, only to wind up on a wild adventure alongside a shower curtain ring salesman, Del Griffith (Candy). “Planes, Trains, and Automobiles” is the perfect 80s comedy from one of the most well-known directors of the time.

When many people think of Christmas movies, “Home Alone” is one that comes to mind. Written by John Hughes, this holiday comedy blends a heartwarming message about the value of family with one of the most unique and memorable concepts in cinema. Kevin McCallister (Macaulay Culkin) demonstrates his young engineering prowess, valiantly defending his home. “Home Alone” has become a staple Christmas movie in many households.

“Growing up, it was the go-to movie that my family and I would watch,” Villa-Martinez said. “It holds a lot of great memories around Christmastime.”

Not much attention, however, goes toward the sequel “Lost in New York.” In many ways, the sequel outshines the original. It is broader in scope — rather than the McCallister home, Kevin finds himself alone in one of the largest metropolitan areas in the country. This leads to far more exciting scenes and an equally admirable and touching conclusion. The sequel also develops more on morality, with Kevin learning not to judge people based on first impressions. Both of the original “Home Alone” films are included as one because, for the sake of discussion, it is recommended to watch both at some point, if possible.

“Love Actually” is the tale of nine romance stories that all come together. Set during London at Christmastime, each individual story is developed to perfection through the runtime, and a star-studded cast — featuring Hugh Grant, Colin Firth, Liam Neeson, Keira Knightley, Emma Thompson and Alan Rickman, to name a few — makes the movie feel like a giant successful Christmas collaboration effort. Each romance story is touching on its own, but when it culminates with them all coming together, it makes it all the more meaningful. In addition to the cast and plot, the film is incredibly funny. Much of the runtime is spent dealing with emotions and developing the characters, but interwoven throughout is some solid comedy.

“Christmas Vacation” has also acquired fame as a holiday movie and has been integrated into many people’s traditions during Christmas. First-year political science major Ellie Shoultz discussed her experiences with the film.

“I like ‘Christmas Vacation’ because it brings families together,” Shoultz said. “My family personally watches it every single year, and it is one of my favorite traditions to help us get in the holiday spirit.”

“I think the best part about ‘Christmas Vacation’ is that it is not just a Christmas movie,” Sagala said. “Unlike other [holiday movies], it can be watched all year round.”

It is a timeless movie, released in the peak of the 1980s, that embodies both the true spirit of comedy and Christmas.

“Gremlins” seems to be one of the most often-overlooked Christmas movies. Because of its frightening monsters, it seems to be most traditionally associated as a horror movie. However, “Gremlins” is indeed set during Christmastime. The primary reason to watch “Gremlins” this season is its unique story, some — albeit laughable at times — creepy scenes and some classic gags. But if none of this is of interest, at least watch the movie for the adorable protagonist, a monster named Gizmo. The movie follows the style of a lot of its 1980s predecessors, at least in terms of acting style and plot development. However, by the end, this movie has certainly proven itself to be a holiday gem. It is time to break the stigma of “Gremlins” being a cheesy horror movie — it is a fantastic holiday movie, as well.

For Kitty Reddy, a first-year accounting major, “Elf” is a go-to Christmas movie.

“I really like ‘Elf’ because Buddy is funny, slightly weird and ultimately grows to have a loving relationship with his newfound family,” Reddy said. “Who doesn’t like the movie ‘Elf?’”

Jon Favreau’s holiday comedy features Buddy (Will Ferrell), a human raised in the North Pole who travels to New York City in search of his father, undergoing American cultural education in some highly entertaining sequences. It’s an often-awkward watch, since it is easy to feel secondhand embarrassment for Buddy, but this is ultimately what makes it comical.

It is clear that “Elf” has become an iconic film among its peers in the Christmas movie genre — beloved by many and quotable to this day.

“Krampus” was released in December 2015 and the world was not ready for what it had to offer. The classic German and Austrian tale of a figure with cloven hooves who acts as an “anti-Santa” of sorts hit the big screen in an adaptation featuring the talents of Toni Colette, Adam Scott and David Koechner, becoming one of the most unforgettable Christmas horror films. Behind some terrifying Christmas presents, a malicious set of goblins and Krampus himself, this film touches on some real morals around Christmastime, such as the value of family and ultimately, valuing the time you have with those you love – the real message of Christmas. It is technically a horror film, and there are some scary scenes, but it is definitely more of a Christmas film than simply a nightmare sequence. The opening scene depicting Black Friday and various other holiday shopping stampedes kicks off the movie with some humor, and there are quite a bit of laughs throughout the rest of the movie alongside the horror. Is it a good film cinematically, from the perspective of a critic? Not necessarily, but that does not make “Krampus” any less fun or meaningful.

One of the most iconic Christmas movies, alongside “Elf,” of the early years of the 2000s, “The Polar Express” has also proven itself a holiday gem. Featuring the talent of Tom Hanks, the voice actor for the conductor, the father of the protagonist, Santa Claus, the man on top of the train and the protagonist as an adult, as well as some truly unique animation styles, “The Polar Express” is different from other holiday movies aimed towards children. The movie carries a message for all ages about the value of Christmas. It is visually striking, and the scenes in the North Pole are magical for children and adults alike.

We have reached the last of the 12 Christmas movies to watch this season, and the most controversial take on this list has been saved for last. “Die Hard” is an incredible watch during the holidays.

“Die Hard” does a fantastic job of depicting some heroic action sequences, as well as scenes where it looks bleak for our protagonist, John McClane (Bruce Willis). As one of the first true action movies, it had to rely on some new techniques to capture such dynamic scenes, such as large-scale explosions. “Die Hard” is not only a fantastic holiday movie, but it also is a pioneer for one of the most beloved genres in the present day.

That concludes the 12 picks for holiday movies to check out this winter. Be sure to check out some that are new to you, and if there are any of your favorites on this list, definitely watch them again.