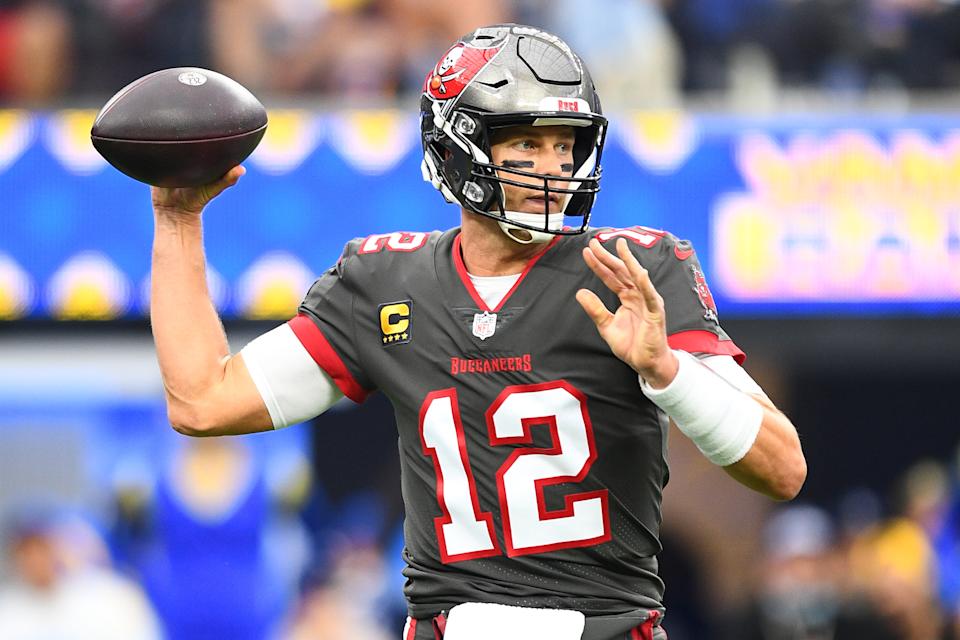 Last week consisted of everything a fan could ask for: a 109-yard kick six, a record setting 66-yard field goal by Justin Tucker and — most importantly — a Tom Brady loss were all jam-packed into one week. This is why fans love the NFL.

As the expectations each week continue to rise, fans can only hope Week 4 will hold more surprises. With such insanity happening each week, fantasy managers will have a harder time comprehending all what goes down.

Here are the key players to start and sit for Week 4 of the NFL season.

Kirk Cousins, Minnesota Vikings. You Like That? Cousins has come out of the gates guns ablazing. The Michigan State product has thrown for 912, eight touchdowns and no turnovers in all three of the games this season. If it weren’t for their 1-2 record, Cousins would be in consideration for the MVP. Next week’s battle against the Cleveland Browns is going to be a shootout between two of the top offenses in the league. Cousins is in tuned for another great performance on offense.

Derek Carr, Las Vegas Raiders. One of the biggest surprises this season has to be Carr and the Raiders. Las Vegas’s new team has started off 3-0 against teams that finished with double-digit wins last season and holds the most efficient offense in the league with 471 yards per game. Carr’s development into an elite pocket passer has transformed this team into an offensive juggernaut. While the Raiders have been red hot to start the season, they will face their toughest opponent yet this week in the Los Angeles Chargers. The Chargers have not allowed a quarterback to throw for over 300 yards and are fresh off a major upset win against Patrick Mahomes and the Kansas City Chiefs. Carr is a solid option for the rest for the rest of the season, but fantasy managers should beware of a potential bust this Monday night.

Chuba Hubbard, Carolina Panthers. When McCaffery is hurt, and you need a replacement. Who ya gonna call? Chuba Hubbard! The rookie out of Oklahoma State is now getting his chance at the first start of his career. Head coach Matt Rhule and the Panthers offense love utilizing their running backs in many ways including the pass game. Even though the Panthers are playing the Dallas Cowboys who hold the sixth best rushing defense in the league, Hubbard should find many opportunities to get involved in the offense. If the Panthers use Hubbard the same way they used McCaffery, fantasy managers should brace themselves for breakout performance.

Myles Gaskin, Miami Dolphins. Coming into the season, the Dolphins offense looked poised for a breakout season. Although after the recent injury to Tua Tagovailoa, the offense has fallen to the fourth worst ranking in the league. Fantasy managers with Gaskin have been getting fed up with him struggling to score double digit points in fantasy each week. While everyone continues to point fingers, the Fins will have to get ready for their matchup against the strong Indianapolis Colts defensive front.

Deebo Samuel, San Francisco 49ers. The 49ers have struck gold with Samuel. The third-year wide receiver out of South Carolina has taken advantage of the dip in production amongst the other receivers and now leads the team in targets and receptions. Samuel’s will look to continue his hot streak against the Seattle Seahawks defense that has allowed the seventh most passing yards per game in the league. As the connection between Jimmy Garoppolo and Samuel grows, his production and value this week can only go up.

DeVonta Smith, Philadelphia Eagles. The 2021 Heisman winner has started his career in the NFL on a sour note. Since scoring his first touchdown against the Atlanta Falcons in Week 1, the rest of his production has been very underwhelming catching only five passes for 44 yards. With no clear number one receiver in Philadelphia, Smith still has the chance to earn that role, but will need a little more time. The Eagles also have a tougher matchup this week against an angry Kansas City Chiefs, who are fresh off a loss against Los Angeles Chargers. Smith should remain on the bench until he is able to reach that top tier receiver potential that all the football analysts believed he would become.

Cameron Brate, Tampa Bay Buccaneers. Ever heard of Tom Brady or Bill Belichick? Well the legendary duo will get ready to face off for the first time since Brady decided to take his talents south to Tampa Bay. This matchup is one fans have always been waiting for years to find out who was behind the Patriots dynasty all those years. The only part that will be missing is the presence of the “Gronk Spike” as Rob Gronkowski went down with broken ribs last week against the Los Angeles Rams. With a new void in the Bucs offense, there will be a battle between Brate and the other tight end O.J. Howard. However, if fantasy managers were to choose one, Brate would be the better option. Over the last three games, Brate’s targets and offensive snap percentage has only gone up. In Brady’s return to Gillette Stadium, watch for Brate’s role in the offense to expand as Brady looks to give his fans one last game to remember.

Mark Andrews, Baltimore Ravens. Justin Tucker’s leg single handedly saved Andrews and the Ravens from one of the most embarrassing losses this season. The Ravens were playing down to their competition against the winless Detroit Lions, and somehow snuck away with a win. Despite the poor showing as a team, Andrews had finally played up his potential. He led the team with receptions and targets for 109 yards. However, this week the Ravens will be up against a stacked Denver Broncos secondary that is sure to cause more issues on offense. While Andrews continues to trend upward, fantasy managers should still be careful with starting him this week.

Cairo Santos, Chicago Bears. The Bears offense to put it nicely — they suck. In Justin Fields’s first career start, he was sacked nine times and only had 47 total yards on offense. Matt Nagy’s play calling has been absolutely awful. Even with all the slander towards the offense, there is still hope for Bears fans. This week, they will have an opportunity to flip the narrative against a Detroit Lions defense that has allowed the second most points in the league. With Nagy’s seat getting warmer by the day, the Bears offense are only becoming more desperate leading to them taking more risks. The push for change should lead to a better chance for the Bears to move the ball downfield, allowing Santos to contribute to fantasy managers in need of a serious sleeper.

Matt Prater, Arizona Cardinals. Wait, so the kicker on the highest scoring offense should remain on the bench this week? That is indeed correct. Now before the fantasy managers bring on the swords and pitchforks, let me explain it in two words — Aaron Donald. The Los Angeles Rams defense is a force not to be reckoned with as each week they continue to slow down some of the best offenses in the league. The upcoming matchup for the Cardinals is going to be difficult, meaning Prater will have a tougher time finding the chance to kick a field goal. This week, there will be plenty of other better options at the kicker position for fantasy managers to choose from.

Detroit Lions Defense. The curse of Bobby Lane lives on in the Motor City as the Lions continue to find new ways to lose games. However, this team under head coach Dan Campbell has shown some grit no matter who they are facing. They have found a way to stay in every game they’ve played this season. This week, the Lions will be up against the Bears offense who ranks second last in points scored per game. The Lions defense is a huge sleeper for anyone looking for a last minute option at the defensive position.

Pittsburgh Steelers Defense. The Steel curtain has fallen. They are nowhere near the same defense they were last year. With recent injuries like TJ Watt, they are becoming more and more risky to start each week. This Sunday, the Steelers will be traveling to Lambeau Field where they will have to take on a Green Bay Packers offense that has found their groove once again. If there is one thing fantasy managers should always be careful of, it is to never bet against Aaron Rodgers at home.