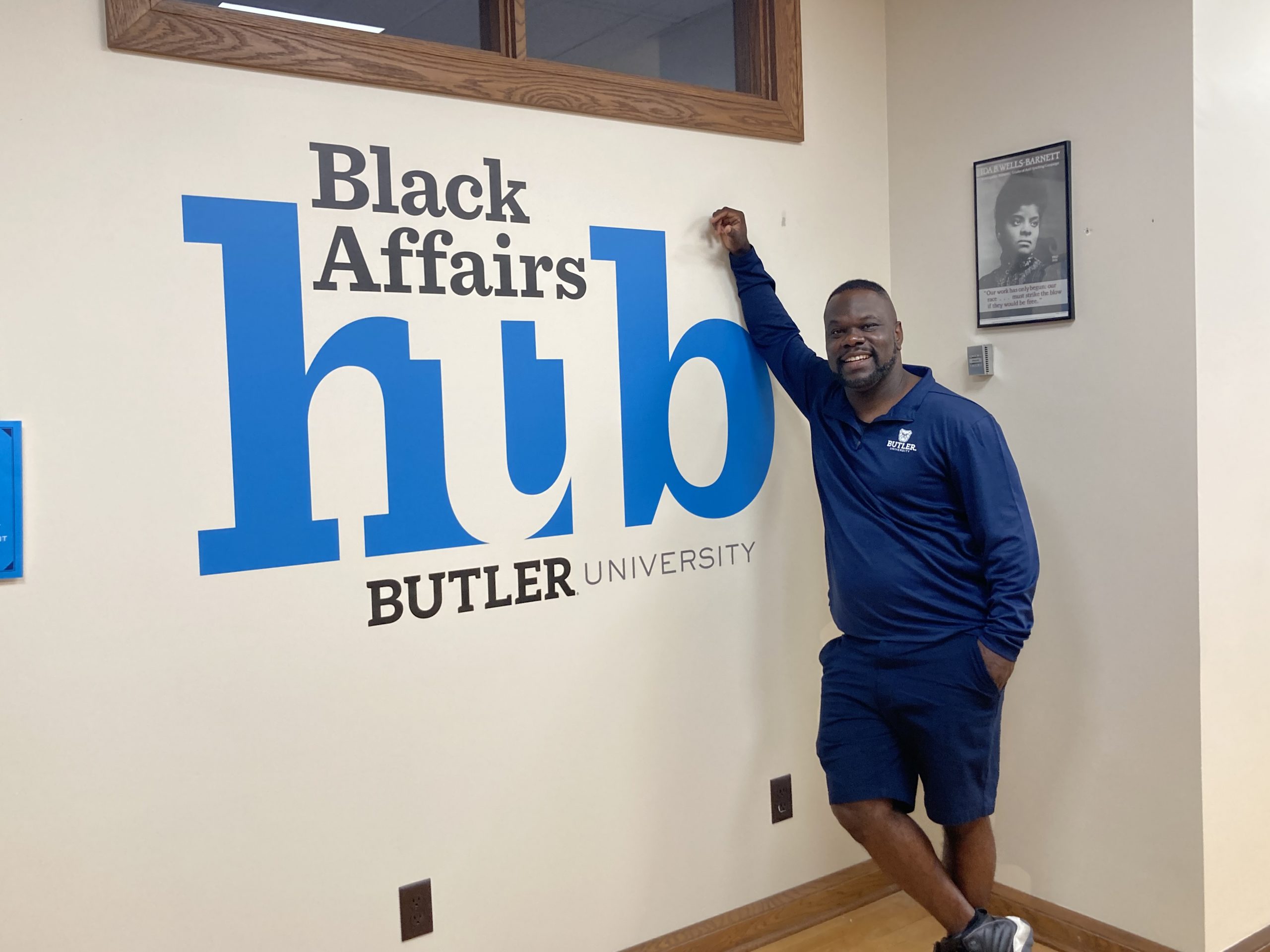 At just 14 years old, Ian Manuel was tried as an adult and sentenced to life imprisonment without possibility of parole for a non-homicide offense. On Sept. 22, Manuel visited Butler’s campus to talk about his memoir, “My Time Will Come,” as the inaugural speaker for the Hub for Black Affairs and Community Engagement’s Visiting Black Intellectual series.

Manuel was 13 years old when a group of friends convinced him to commit a robbery. They spotted a couple standing by a car in a parking lot and one of Manuel’s friends asked the couple if they had “change for a twenty.” When the woman saw Manuel holding a gun, she screamed. Manuel wrote in his memoir that her scream startled him and before he knew it, he had “pulled the trigger.”

The woman Manuel shot, Debbie Baigrie, suffered a non-fatal gunshot wound and upon his release, became one of Manuel’s close friends.

Manuel turned himself in to the police. His lawyer told him to plead guilty and that he would receive a 15-year sentence. Manuel pleaded guilty and was sentenced to life without parole as a child.

Manuel spent 26 years in prison, 18 of which were in solitary confinement, before being released in 2016 with help from the Equal Justice Initiative, EJI.

Terri Jett, political science professor, faculty director of the Hub for Black Affairs and Community Engagement and senior advisor to the president, organized Manuel’s visit. Jett said when she first came up with the idea for the Visiting Black Intellectual series, she knew she wanted the guests she invited to make a real impact during their visit.

“I wanted there to be a strong academic component where you bring somebody in, not just to give a speech, but to really engage, not just with the campus, but also with the community,” Jett said.

Jett said Manuel stayed for two and a half days and that during his visit, he met with children from the Martin Luther King Center, federal inmates through Volunteers of America and had dinner with members of Leadership Indianapolis, a group that Jett partnered with to do a book study.

Manuel also visited two classes at Butler. One of those classes was Jett’s activism class. She said they read Manuel’s book cover to cover and then discussed it in class. When Manuel visited, the students were able to ask him questions.

“What was so incredible in both of those classes is that the students were asking different types of questions, but he answered everyone very honestly and the questions were really good…” Jett said. “And he felt comfortable enough with the students to go ahead and answer every single question and it was just really beautiful.”

Sophomore strategic communication major, Ashton Franklin, attended Manuel’s talk and said it was a very powerful experience for him.

“It made me look at things in a different way,” Franklin said. “It made me look at the judicial system in a certain light and everything… I like that it felt like he was just naturally talking to us. It didn’t feel like he wrote a speech or anything like that. Everything that he said, I felt like, was from the heart and it was the truth so that’s what made it 10 times better and made me want to listen more.”

Sophomore entrepreneurship and innovation major, Paul Ford, is a student apprentice for the Hub for Black Affairs and Community Engagement. Ford was able to talk with Manuel before the event and then introduced him on stage in front of an audience filled with students, faculty, staff and community members. Ford was not required to read Manuel’s memoir for class but chose to read it on his own time.

Throughout his memoir, Manuel shares pieces of poetry he wrote while incarcerated. At the talk, Manuel said poetry allowed him to dive into his imagination and keep his sanity. He recited some of his poetry at the event, which Ford said was his favorite part.

“He came as a speaker, but he’s really an artist,” Ford said. “He came, and he shared with us some of the struggles that he endured and how he made use of that, how he let his imagination keep him from basically just not being able to get through it.”

After the event, Manuel stayed in the lobby of Shelton Auditorium to talk with attendants and sign copies of his book.

Jett said her goal with the series is to have speakers who, like Manuel, immerse themselves into the community for a couple of days.

“I think it’s important for the whole series that is going to take place, the Visiting Black Intellectual, that we are not paying high dollar for somebody to give a speech and then go away,” Jett said. “That people are able, especially students, are able to really have ongoing contact and to ask those questions that are always there when someone gives a speech.”

The group that won Manuel’s release, EJI, is a nonprofit organization that “provides legal representation to people who have been illegally convicted, unfairly sentenced or abused in state jails and prisons.” EJI was founded in 1989 by lawyer Bryan Stevenson.

Stevenson is also the author of “Just Mercy” and will be speaking at Clowes Memorial Hall on Oct. 5 at 7 p.m. The Desmond Tutu Peace Lab, in conjunction with the Hub for Black Affairs and Community Engagement, Center for Faith and Vocation and Christian Theological Seminary, will host a viewing of the documentary “True Justice: Bryan Stevenson’s Fight For Equality” on Sept. 30 at 6 p.m. in room 106A of the Pharmacy and Health Sciences Building, prior to Stevenson’s visit.