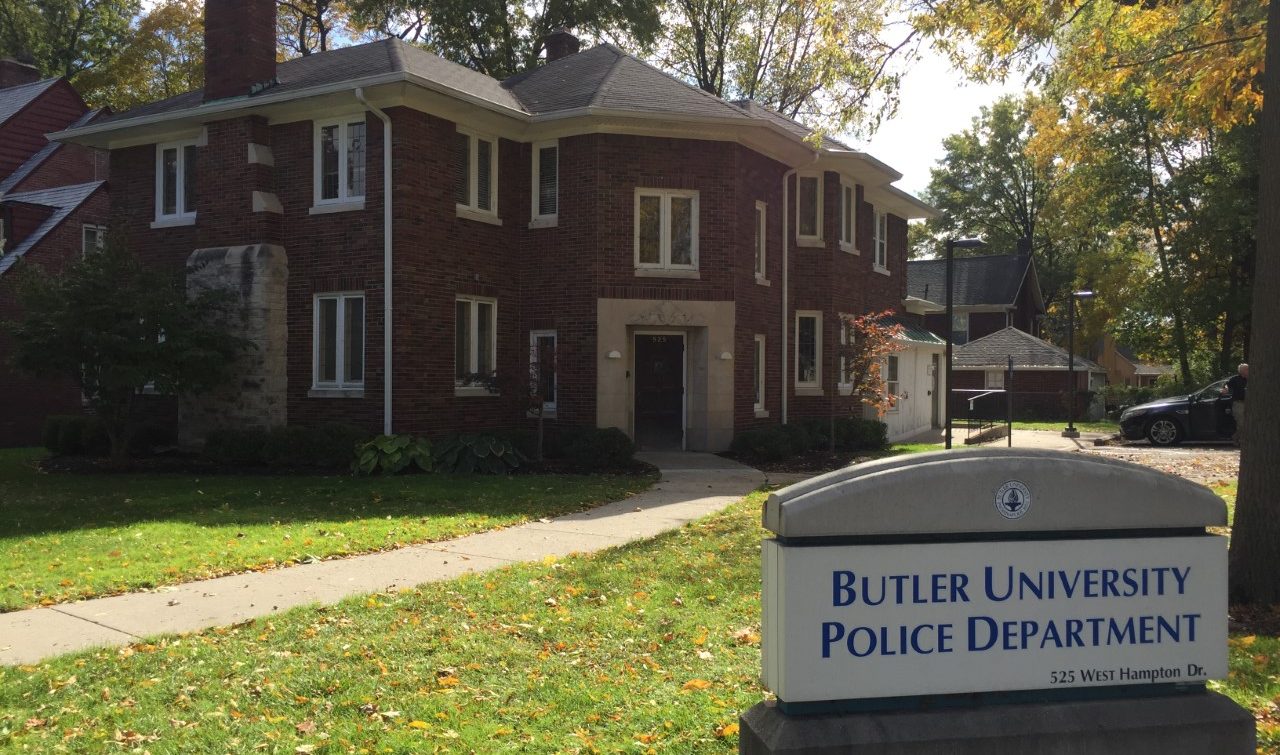 The BUPD advisory board will strive to reimagine Butler’s approach to on-campus policing. Collegian file photo.

The passing of George Floyd on May 25 incited many people across the country to demand change within the policing system of our nation. This movement spurred many students to question the role of the Butler University Police Department’s role on campus. Students, faculty and alumni spoke with President Danko and cited various shortcomings within the university’s environment and culture, specifically with regard to BUPD’s policing.

In response to these concerns, Danko created a BUPD advisory group to assess the role of BUPD on campus, and to decipher how they can optimize the well-being of the campus community. Danko asked Michael Kaltenmark, director of community and government relations marketing and communications, and Antwain Hunter, associate professor of history, to co-lead this group. The group is made up of various students, faculty and alumni.

Brent Rockwood, vice president, chief of staff, and Bruce Arick, vice president for finance and administration, provided an overall vision for the group to work towards. The advisory group’s first task was to understand the strengths and weaknesses within BUPD.

The BUPD advisory group partnered with Black Onyx Management, a consulting company, to collect data and survey how BUPD is serving the community. The survey focuses specifically on members of the Butler community’s perceptions and attitudes toward BUPD.

“We felt like we needed to survey the campus in various segments within — to understand their perceptions of BUPD, their concerns [and] their praises so that we can have that information and that data and then make informed decisions about recommended action,” Kaltenmark said.

The advisory group hopes to begin providing the community with ongoing updates on the progress they have made. Kaltenmark emphasized the group’s intent for full transparency and open communication with students and faculty on their progress.

“Our intent is to keep communication open and communicate semi-regularly throughout this process so that the campus community is aware that the group exists [and] is aware of the work we’re doing,” Kaltenmark said. “Hopefully there’s a level of trust established there in what’s happening.”

The survey is set to conclude in early 2021 and the advisory board plans to present the findings to President Danko midway through the spring semester. Kaltenmark said he looks forward to seeing the long-lasting positive impact that the board’s work will bring to the Butler community.

While it may be a few months before students and faculty see these changes in action, the process remains fluid and Kaltenmark said the best interests of the Butler community are at the forefront of their decision making.

“I just want people to know that it’s real people,” Kaltenmark said. “A real group of people from various parts of campus who have come together who really have Butler’s best interest in mind. We really want to do a good job at this and find ways that BUPD can best serve our campus community.”

Kaltenmark said the advisory board will not continue after the spring semester because the data uncovered by Black Onyx Management will provide fundamental changes for BUPD to implement going forward.

“I like when messages charge us with action and that’s what it did, it was a statement but also a call to action,” Forrest said. “What I hoped to see out of it was really what’s happening, which is movements of Diversity, Equity and Inclusion work happening all over campus and that’s really exciting to see and hear and learn about.”

Forrest said faculty and staff have been proactive in seeking resources to combat microaggressions and other racial insensitivities. When someone reaches out for her guidance, Forrest will provide her own trainings, as well as other guides like books or podcasts to best inform their instruction.

“One thing I would say is I’m excited to see what the BUPD task force comes up with and when that whole process finishes to see how we can reimagine BUPD, that’s exciting,” Forrest said.