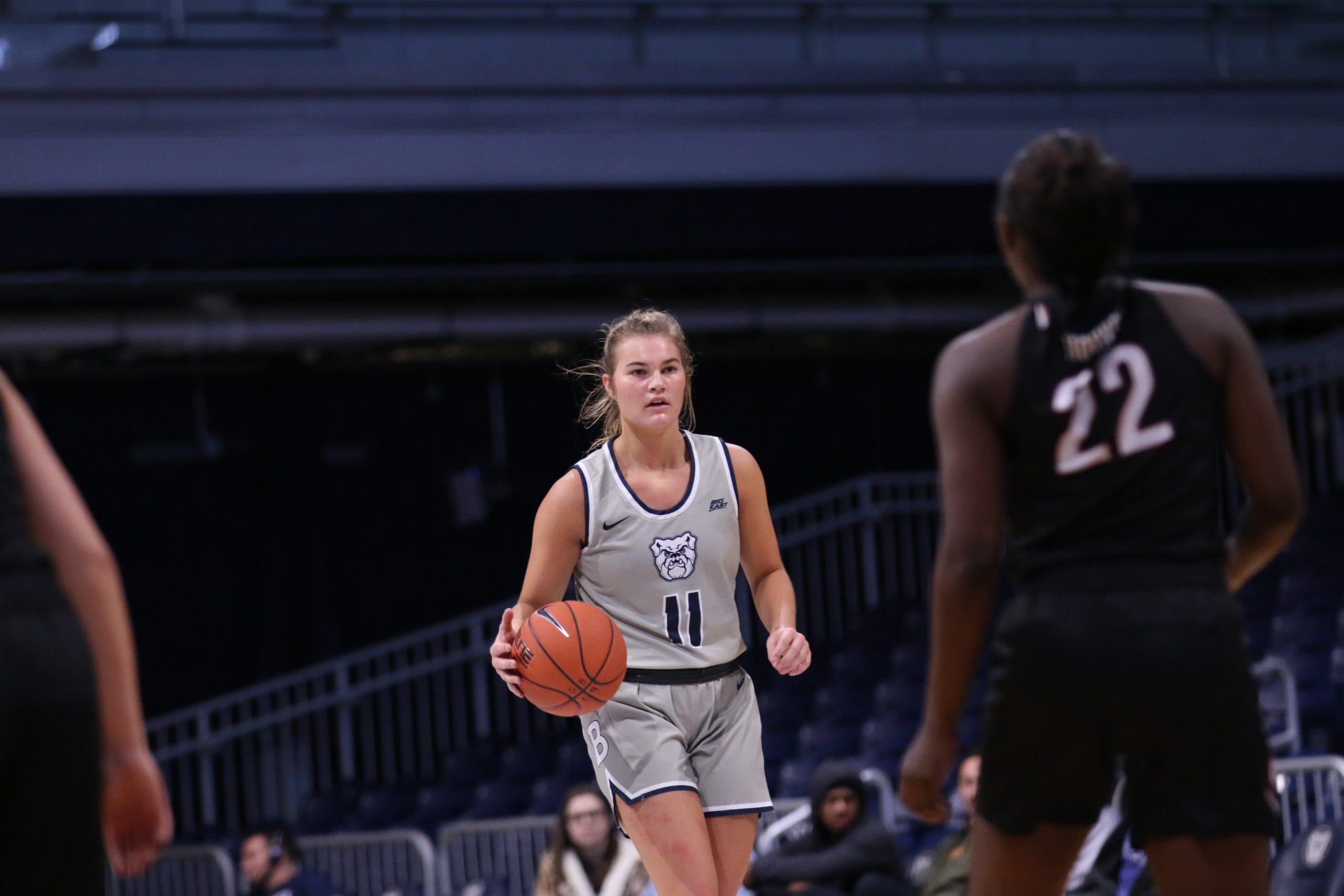 The then-freshman had been dribbling down the court on a fast break. It was one of the last drills the Butler women’s basketball team was doing in their final practice before the second regular season game of her collegiate career. Days before, Dowell had a short conversation with women’s basketball head coach Kurt Godlevske, in which she remembers him saying, simply: “Tenley, you’re going to be the starting point guard.” Dowell, who played the three and the four in prior exhibition games, was excited because she played point guard throughout her high school days.

She didn’t know it then, but it was the ACL in her right knee that snapped and twisted. Scared and sad, Dowell started crying. After impressing enough in one exhibition game and one regular season game to obtain the starting point guard spot, Dowell’s season was now finished.

After the game, then-assistant coach John Marcum texted Dowell’s dad. She said she couldn’t stand to text him because he was her mentor growing up. Only when she gathered herself hours after the game did she call her parents.

Dowell learned basketball from her father when she was three years old, dribbling and shooting out in the driveway with her two sisters. He was Dowell’s coach all the way through high school. His no-nonsense coaching style shaped Dowell into the basketball player — and person — she is today.

“[My dad] has given me all the knowledge and skills to help me be successful in basketball. He taught me to never give up and to always work to be the best that I can be every day,” Dowell said.

Persistence was also a part of Dowell’s culture in high school. “Consistent excellence” was the motto of her team at Morton High School. It meant everyone was expected to work hard every day, no matter what. It was the driving force behind the three state championships that Dowell’s team won.

So, when Dowell tore her ACL, she wanted to bounce back stronger than ever. Although rehabbing was tough at times — especially amidst the COVID-19 pandemic — Dowell never gave up.

Initially, though, she couldn’t help but feel down. Dowel said being relegated to the role of a spectator during games and practices as her teammates fought tooth-and-nail for victory was difficult.

When she did get down, though, she leaned on her Bulldog teammates.

“[Juniors] Emelia [Sexton] and Ellen [Ross] are two of my good friends on the team and they helped me last year so much,” Dowell said. “Even just taking me to class, they would always drive me, just picked me up because I had crutches for a while. And so it was hard, but they helped me a lot.”

Dowell’s optimism began to rub off on her teammates.

“Watching her work through her injury smiling and laughing the whole way is really inspiring,” Ross said in an email to The Butler Collegian.

The positive attitude that Dowell used to come back from her injury is a trait that she always has, Whitney Jennings, Butler assistant coach, said.

“Every time I see Tenley, she always has a smile on her face,” Jennings said.  She is always so upbeat and her personality is infectious.”

Although she couldn’t run for a month, Dowell, now a sophomore, kept pushing. Two days after surgery, Dowell started rehab with Kelly Zimmerman, Butler’s athletic trainer — performing leg-lifts to restrengthen her quad muscle. She would do rehab before and after every practice.

Five months later, COVID-19 hit, making matters more difficult for Dowell. She wasn’t around her teammates anymore. With basketball hoops boarded up in Illinois, she tried running outside — but it was difficult. She was limping. She couldn’t run correctly, as her injury forced her to run toe-to-heel, instead of the other way around.

But Dowell never gave up. She found another physical trainer for strength and conditioning. Zimmerman sent her exercise worksheets and Dowell executed them every day, sometimes twice — lateral leg band walks, lunges, leg-lifts.

Now, Dowell is inching towards a full recovery. She is becoming more comfortable applying pressure on her injured knee.

“Getting injured, obviously, was horrible,” Dowell said. “… I definitely think I can’t take things for granted anymore… it makes me more thankful for everything too.”