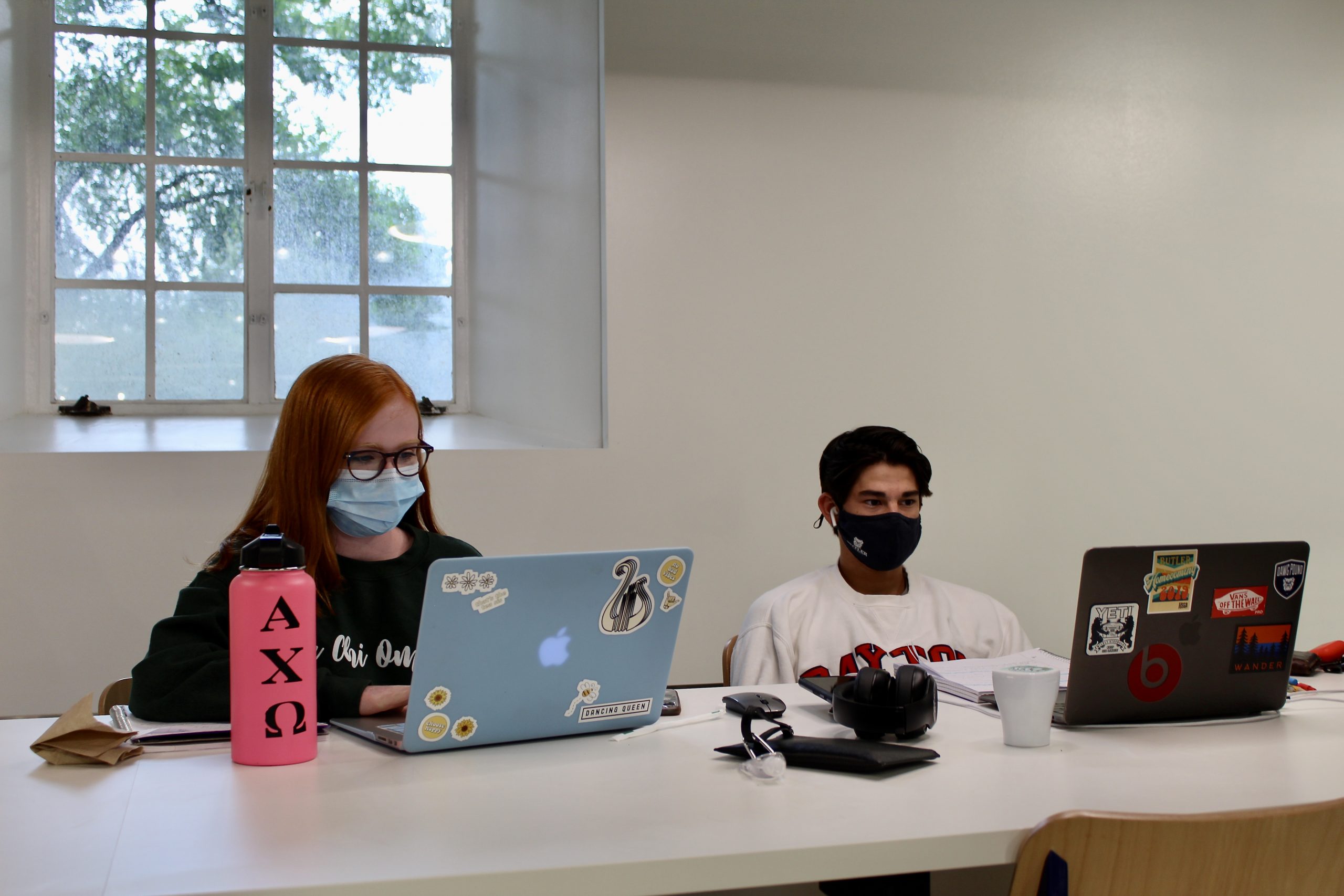 After the first two weeks of strictly online learning at Butler University, a large portion of classes switched to hybrid teaching. This could mean one day of the week is spent in a classroom and the other day is spent over Zoom, or any other variety of asynchrony professors deemed most appropriate for their course. Now, close to five weeks into the semester, the effects of this modified learning are being felt.

Junior health sciences major Stephanie Pellegrino says that taking tests online this semester has been both a positive and negative experience.

“Having testing online gives you leeway, but it also adds another layer of stress because for me,” Pellegrino said. “I feel like if I have an exam in person, I’m going to study more for it, and then I learn the material better and I’m more well prepared.”

Pellegrino added that the different level of responsibility associated with the online testing isn’t the only thing that adds a layer of stress to the situation.

Proctorio is the exam monitoring system that many Butler professors have been using to administer their tests online this semester. The system allows professors to set different functions for their exams, including the use of a microphone, camera and tab lock that is intended to prohibit students from looking up answers during the test and cheating.

“Being able to take an exam in person for me is less stressful because Proctorio will kick you out if your Wi-Fi goes bad, if you lose connection,” Pellegrino said. “And I think having the uncertainty of the internet makes me more stressed because I don’t know when it’s going to glitch, if my Wi-Fi is going to go out, the power in the house could go out and then all the internet is down. You just never know.”

Pellegrino said that while Proctorio is intended to simulate the accountability present at an in-person exam, there will always be students who find their way around the situation.

“I think [online testing] does impact students’ learning negatively, because if they know that they have a way of getting around it, or a way of sneaking behind the teachers back in a way, I think they won’t apply themselves as much, they won’t study as much and therefore they won’t learn as much,” Pellegrino said.

Some students say the programs are still not as accurate as an in person exam with a professor monitoring the class. Junior marketing major Makenzie Patberg said that Proctorio has made some mistakes in its efforts to catch students cheating.

“Personally, Proctorio has been a little nerve-wracking for me,” Patberg said. “It can track your every move. I feel like you don’t want to make the wrong move, so you get very tense and I feel like it just makes me think about that other than the test at hand.”

Student complaints and worries about the program prompted Patberg’s professor to allow for an in-person exam, while maintaining social distancing. She hopes the changes her professor has made will help ease the test-taking process in the future.

In addition to the different testing conditions this semester, the situation for in-class presentations has been altered as well. Sally Perkins, an adjunct professor and director of the speakers lab, has been teaching public speaking at the university for many years now, and the fabric of her class has been forced to change because of the hybrid situation.

Perkins has split her class into two groups: one group comes to class in-person on Mondays, while the other group comes on Wednesdays. She spent time over the summer pre-recording several mini-lectures for her students to watch on their own time, so that time in-class can be used for workshopping and hands-on activities.

Perkins also said she was trying to provide as much flexibility for students as she could in the unprecedented learning situation everyone is in right now.

Perkins said that the classes’ first presentations were over Zoom, allowing students to include engaging expressions on their unmasked faces. However, for their second presentation, Perkins gave her students the option of either an in-person, masked presentation or another presentation over Zoom.

“One cohort said they’d rather do it live, masked,” Perkins said. “They want the experience, even if they have to be masked, of doing a live, in-person presentation. And, interestingly, the other group said they’d rather not be masked. So, they are going to do a hybrid.”

The hybrid learning situation has thus opened a variety of doors for how education may be conducted in the future. Perkins said although this new-normal has its drawbacks, it can also be beneficial.

“I do believe we will resume a world in which we gather and speak to live audiences,” Perkins said. “That’s not going away. So, the capacity to speak and to be physically present with people that you are speaking to, it creates a different kind of anxiety, honestly. So, that capacity is still really important. That said, there’s also a lot to be gained from learning how to present online because it’s not quite the same and people also need that skill.”

Pellegrino said experiencing classes in this hybrid model has been hard for other reasons as well. She said she misses the in-person element of classes for more than just their different educational effects.

“I’m just very much a person where I thrive on human contact, and so in terms of a learning environment, being able to go to class is big for me,” Pellegrino said. “I want to be able to interact with my classmates and my professors. And sometimes, if it’s over Zoom, or if the class is completely asynchronous, I don’t get that same effect and I feel like I don’t learn as much.”

Although the circumstances are different right now on Butler’s campus — educationally and otherwise — Patberg said the online skills gained through this process will be helpful in future situations.

“I think that this [online education] is a tool that has great potential to be able to be used in the future,” Patberg said. “I think it’s great for everyone to know that they can do things virtually. I know that before I had my doubts, so it’s nice to know that if I do need to do online class, I feel good that I know how to do that now.”

While the situation remains uncertain for the foreseeable future, Butler students and professors continue to become more acquainted with online learning and hybrid teaching. As students approach midterms, the effectiveness of virtual test-taking and presenting will be put to the test.