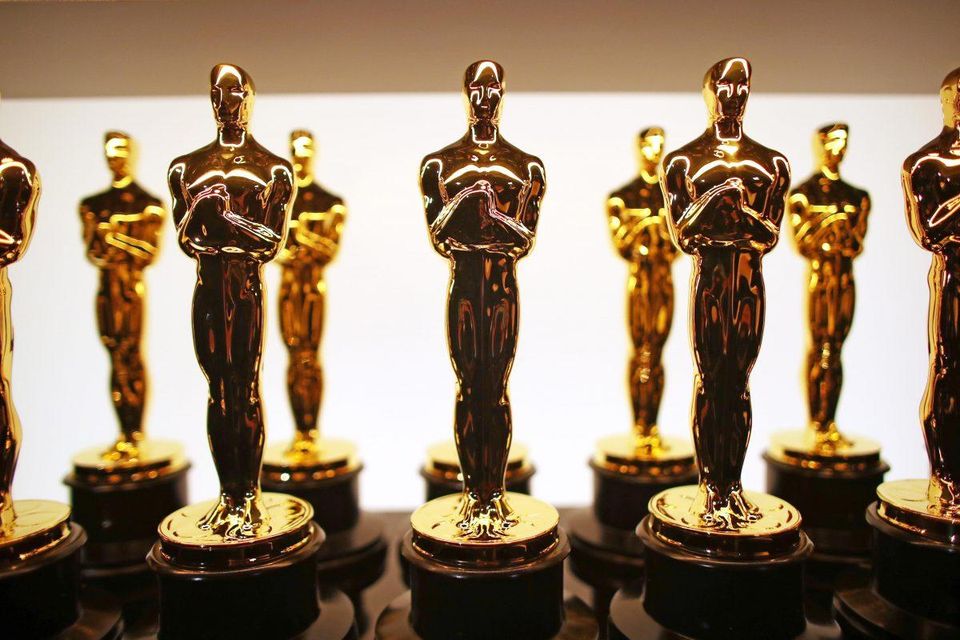 On Feb. 9, Hollywood’s biggest names in entertainment will file into the Dolby Theater for the 92nd Academy Awards. The annual ceremony is universally recognized as the most reputable accolade in the film industry. Furthermore, it adds prestige to any film, filmmaker, actor or actress awarded.

Like previous Oscars ceremonies, the winners in a number of categories are easy to predict when you look at award shows preceding the Academy Awards during “awards season,” which occurs in January and February every year. For several years, ceremonies like the Golden Globe Awards, the Screen Actors Guild Awards and British Academy of Film and Television Arts Awards — to name a few — awarded the eventual predicted recipients of the Oscars’ respective category. This article will use that criteria to predict the winners in 10 of the 23 categories at Sunday’s Oscars.

Nominees: Robert Richardson for “Once Upon a Time in… Hollywood,” Rodrigo Prieto for “The Irishman,” Lawrence Sher for “Joker,” Roger Deakins for “1917” and Jarin Blaschke for “The Lighthouse”

Roger Deakins’ work for “1917” is the clear-cut favorite to win Best Cinematography. This film was shot and edited to look like a single two-hour-long take. The single take look has not only been the driving aspect of the film’s marketing campaign, but the most acclaimed component of the film as well. Deakins won the American Society of Cinematographers Award for Outstanding Cinematography on Jan. 25, which is a strong indicator he will pick up his second Best Cinematography Oscar as well. Since 2013, the ASC awards has predicted four of the last five Academy Award winners for cinematography.

This is the most talented collection of nominees the Oscars has ever seen for any category. Combined, the nominees have 101 nominations for either original score or song across seven decades.

Nominees: Antonio Banderas for “Dolor y Gloria,” Adam Driver for “Marriage Story,” Leonardo DiCaprio for “Once Upon a Time in… Hollywood,” Jonathan Pryce for “The Two Popes” and Joaquin Phoenix for “Joker”

Since Jamie Foxx won the Oscar and SAG Award for Outstanding Performance for his portrayal of Ray Charles in 2004, the SAG Awards is 14 for 15 in predicting the Oscar winner for Best Actor. The only outlier is 2016 when Denzel Washington won the SAG for “Fences,” while Casey Affleck took home Oscar gold for “Manchester by the Sea.” On Jan. 19, Joaquin Phoenix won the SAG award for Outstanding Performance by a Male Actor in a Leading Role for his take on the title character of “Joker,” which rode the coattails of internet memes and discourse on controversial subject matter to become the first $1 billion R-rated movie.

Zellweger provided her voice to play Judy Garland in a biopic recounting the last year of Garland’s life. The movie chronicles the time Garland spent in Great Britain performing live shows — to the detriment of her health — in an effort to provide for her children. The strongest indicator of Zellweger winning Best Actress is her victory in the respective category at the BAFTAs on Feb. 2. The BAFTAs predicted the Oscar winner for Best Actress in all but one year during the 2010s, as well as the last six winners of the award. This, on top of her wins at the SAG Awards and Golden Globe Awards should give viewers little reason to believe Zellweger will not win. Between 2014 and 2018, every Academy Award winner for Best Actress won the trio of preceding awards, which Zellweger already collected this awards season.

Nominees: Brad Pitt for “Once Upon a Time in… Hollywood,” Tom Hanks for “A Beautiful Day in the Neighborhood,” Al Pacino for “The Irishman,” Joe Pesci for “The Irishman” and Anthony Hopkins for “The Two Popes”

Winner: Brad Pitt for “Once Upon a Time in… Hollywood”

Brad Pitt is the favorite for his role as Cliff Booth: a cool, calm and enigmatic World War II veteran turned Hollywood stunt double in Quentin Tarantino’s “Once Upon a Time in… Hollywood.” Ten of the last 12 SAG winners in this category won the Oscar for Supporting Actor as well, including the last three years. On top of this, the Golden Globe awards awarded the last three Oscar winners the best Supporting Actor. Seeing as Pitt already won the Golden Globe and SAG Award in this category, this year should be no different and he will pick up his first acting Oscar.

Winner: Laura Dern for “Marriage Story”Of the acting categories, this one is the most unpredictable. Unlike the lead actor, actress and supporting actor awards, the SAG Awards are not the most reliable indicator of who will take home Best Supporting Actress at the Oscars. However, the winner of the last three Golden Globes went on to win the Oscar, which makes Laura Dern a good bet for her role as a witful, undaunting divorce lawyer in “Marriage Story.” Dern’s performance stole a number of scenes in the film thanks to the precision with which she delivered writer and director Noah Baumbach’s screenplay. This included a critical monologue on how society crafted its matriarchal standards.

Nominees: Todd Phillips and Scott Silver for “Joker,” Taika Waititi for “Jojo Rabbit,” Greta Gerwig for “Little Women,” Steve Zaillian for “The Irishman” and Anthony McCarten for “The Two Popes”

The frontrunners for this category are Taika Waititi and Greta Gerwig for “Jojo Rabbit’’ and “Little Women,” respectively. Waititi’s improvisational skill made his adaptation of Christine Leunens’s book, “Caging Skies,” an absurd comedic hit. Writer and director Gerwig received equal praise for her timely adaptation of Louisa May Alcott’s 1868 novel of the same name. “Jojo Rabbit’’ is a slightly better bet following its victories at the BAFTA and WGA Awards for Best Adapted Screenplay. The last five films to pick up this pair of awards— “Brokeback Mountain,” “Slumdog Millionaire,” “The Social Network,” “The Big Short” and “Call Me by your Name” — won the Oscar as well.

Nominees: Bong Joon-ho and Han Jin-won for “Parasite,” Sam Mendes and Krysty Wilson-Cairns for “1917,” Quentin Tarantino for “Once Upon a Time in… Hollywood,” Noah Baumbach for “Marriage Story” and Rian Johnson for “Knives Out”

The nominees for Best Original Screenplay have no overlap. “Parasite” is a dark comedy thriller about social class, “1917” is an emotionally heavy war story, “Once Upon a Time in… Hollywood” is an alternative historical look at the fleeting Golden Age of Hollywood, “Knives Out” is a modern take on the whodunit genre and “Marriage Story” is a compelling look at a family trying to stick together through a divorce. Writer and director Bong Joon-Ho’s wins at the Writers Guild of America and BAFTA Awards give “Parasite” are a slight edge over Quentin Tarantino’s Golden Globe-winning script for “Once Upon a Time in… Hollywood.” The WGAs, BAFTAs and Golden Globes are less reliable predictors in this category than they are for other awards, but the unique blend of dark humor and thrill in “Parasite” will make the South Korean film the sixth foreign language film to win in this category.

Nominees: Bong Joon-ho for “Parasite,” Martin Scorsese for “The Irishman,” “Quentin Tarantino for “Once Upon a Time in… Hollywood,” Sam Mendes for “1917” and Todd Phillips for “Joker”

Sam Mendes won the Golden Globe, BAFTA and Directors Guild of America Awards for directing, which makes him a lock to win the Oscar as well. Of the accolades he has collected for “1917,” the Directors Guild of America is the most telling. Since 2003, the DGA winner for Outstanding Directorial Achievement in Motion Pictures also won at the Academy Awards in all but one year. The Academy often recognizes technical craft in this category, which Mendes delivered via the single take look of “1917.” In 2015, Alejandro G. Iñárritu won Best Director for “Birdman,” which also looked as if it were shot in one continuous take.

Of the major categories, Best Picture is the least predictable this year. On Jan. 5, the Golden Globe Awards revealed three frontrunners for the award. “Once Upon a Time in… Hollywood,” won Best Musical or Comedy, “1917” won Best Drama and “Parasite” won Best Foreign Language Film. Additionally, Quentin Tarantino won Best Screenplay for “Once Upon a Time in… Hollywood” and Sam Mendes won Best Director for “1917.” “Parasite” has a number of accolades as well. The South Korean dark comedy has won the Palme d’Or at the Cannes Film Festival, Outstanding Performance by a Cast in a Motion Picture at the SAG Awards and Best Screenplay at the WGA and BAFTA Awards.