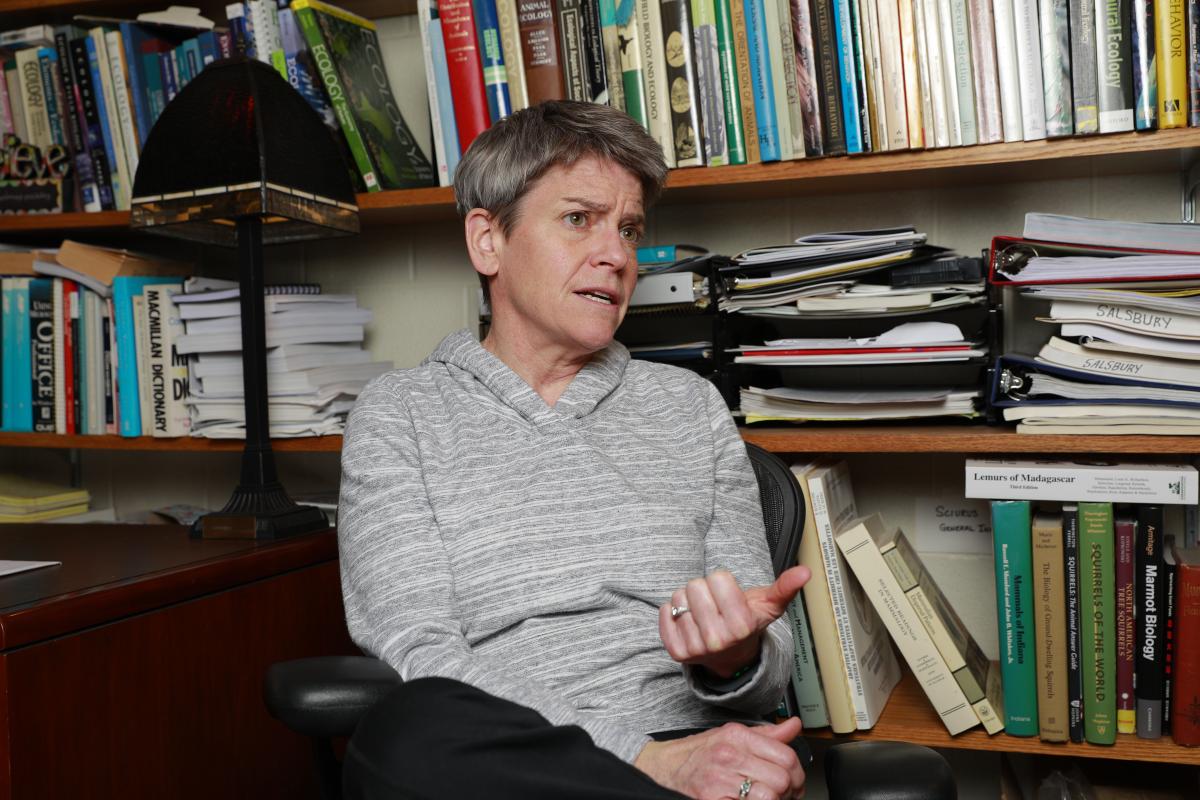 Biological sciences professor Carmen Salsbury was recently weighed in on the devastation to Australia’s ecology from recent wildfires. Salsbury, a Kansas native and Butler professor of nearly 20 years, said education might be the only way to reverse society’s environmental blunders.

This passion for the outdoors stems from Salsbury’s childhood.

“Growing up, I can remember myself always wanting to be outside, and as much time as I could maximize the better,” Salsbury said. “I guess I always felt comfortable [outside] and that’s what attracts us to things – where our comfort zone is.”

Though Salsbury’s family moved quite a bit, she said Kansas was always her home base. It was also the perfect place for camping.

“I have fond memories of camping, which I guess now would be called glamping because my grandparents had a camper and the whole thing,” Salsbury said. “But it was still a great experience to be outside in the woods and I played outside all the time when I was growing up.”

Even in middle school, Salsbury knew she would go into the science field, specifically hoping to attend medical school. But this path was not as linear as she thought it would be.

Salsbury entered Trinity University as a chemistry major, but after taking a class with a charismatic biology professor, she changed the trajectory of her career.

“Maybe what I need to do is pursue this path and learn more about ecology,” Salsbury said. “In some ways, I found it to be challenging, but I realized that is what I wanted to do.”

Salsbury graduated with a degree in biology, and eventually obtained a Ph.D. in systematics and biology from the University of Kansas. At Butler, she teaches biology courses that range from evolution to tropical field studies in Belize over Spring Break.

Salsbury is also deeply invested in her students. Senior biology major Kelsea Zitt had her first class with Salsbury this semester and said that she really cares about her students — both academically and personally.

“In this lab that I have with her, she is always walking around and asking us questions because she really wants you to understand, not just memorize for a test,” Zitt said. “[Salsbury] also really wants to get to know us, like she was asking us all about our weekends and she learned my name really fast, and it’s nice to know that she wants to get to know us not just inside the classroom but also outside of it as well.”

Salsbury believes education is one of the most powerful tools to foster change. She thinks that more people need to be educated about serious environmental issues, like climate change, so they can understand it as fact and not opinion. She does this by integrating real-world problems into her classroom lessons.

“I mean the fact that there is even a question, that there are people who even think that climate change is not an issue, is beyond my comprehension most of the time,” Salsbury said. “Go anywhere else in the world and it’s like, ‘Are you kidding? Why are you even questioning this?’ It’s clear that we aren’t giving it enough attention, and not taking it seriously enough.”

“The current administration is pretty much unraveling and undoing many of the things that were put on by past administration to get us back on the right path, such as setting aside land for wildlife conservation and preservation,” Salsbury said. “It just seems like we are going in the wrong direction most of the time.”

Salsbury acknowledges that looking at the big picture of the environment can be “overwhelming and pretty depressing.” For now, though, Salsbury said the best antidote to environmental despair is action and education.

“Education, education, education – that’s why I’m in education, I think it’s a very powerful tool,” Salsbury said. “Unfortunately, I think we are at the stage now where it’s incumbent upon those who understand what’s going on to help people see the connection between their behavior and the state of the environment.”